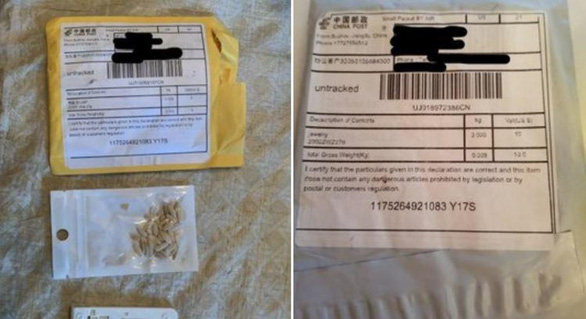 The decision came after thousands of Americans in more than 20 states suddenly received seeds they had not ordered, most of which were postmarked from China. The incident caused a stir of public opinion, many people formulated conspiracy theories about the true purpose of these mysterious seeds.

The US Department of Agriculture (USDA) in July 2020 advised Americans not to plant the bags of seeds received and immediately notify the relevant authorities if they receive packages containing foreign seeds.

In addition, this agency will coordinate with the Chinese side to investigate the seed packages. Foreign plants are potentially invasive and can wreak havoc on the local environment, experts warn.

In addition to the US, people in Japan, France, and the UK also receive mysterious seeds sent from China with misbranded parcels as jewelry and other items.

The Chinese Ministry of Foreign Affairs has rejected suspicious packages related to the country, claiming that the postmark of the sender was forged.