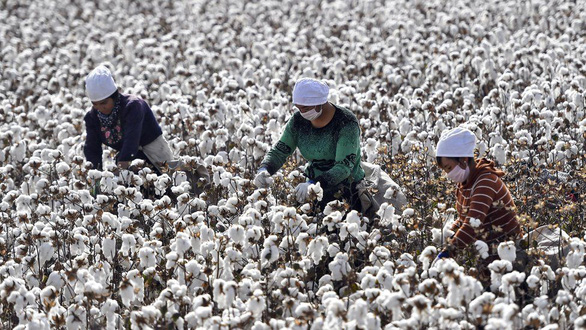 According to the newspaper, the new ban will be announced as early as September 8 (US time). This information comes in the context of new information on the use of forced labor among Muslim minorities in Xinjiang.

The content of the new ban is still unclear, for example, whether Xinjiang cotton products imported from other countries are subject to the ban. Many apparel firms around the world often turn to this region for their cotton and other fabric products.

According to the New York Times, US Customs and Border Protection will be the agency to announce the new ban. The White House and the Department of Homeland Security have not responded to this information.

American lawmakers proposed new laws at the end of March to prevent goods produced by forced labor in Xinjiang from entering the US market.

Xinjiang is a major cotton-producing region in China and the world. This autonomous region is located in northwestern China, home to the Muslim minority Uighur minority.

Previously, the US Department of Commerce on July 20 announced that it had put 11 Chinese businesses on the list of sanctions for relating to human rights violations with Uighurs in Xinjiang.

Washington and several Western countries accused Beijing of detaining at least 1 million Uighurs in Xinjiang, according to AFP news agency.

Of the 11 Chinese companies sanctioned by the US, 9 were accused of being involved in forced labor, most of them are textile companies.

In May, the Chinese Foreign Ministry criticized the US government for punishing its company. Beijing argues that Washington violated basic practices in international relations and interfered in China’s internal affairs.

The Chinese side said Uighurs are attending vocational training centers, not imprisonment or hard labor as accused by the US and some other countries.