Commonly known as Amstaff, the American Staffordshire Terrier impresses with its massive musculature and power. Behind this muscular morphology, however, hides a gentle animal.

If there is one thing that irreparably catches Amstaff’s attention, it must be his very muscular body. Of medium size, this dog develops strength and musculature with a strong bone structure. It has a medium sized head, a large skull and a marked stop. The eyes are round, dark and well spaced while the ears are rather small compared to the size of the animal and moreover, fall to the sides. A peculiarity of the Amstaff is in the jawline which is well drawn and sturdy. In terms of the coat, you should know that this dog has a short and tight coat. The standard prohibits too much shine. He will prefer a hard touch. All colors are authorized with the exception of liver color or tan black as well as uniformly white or 80% white dresses. 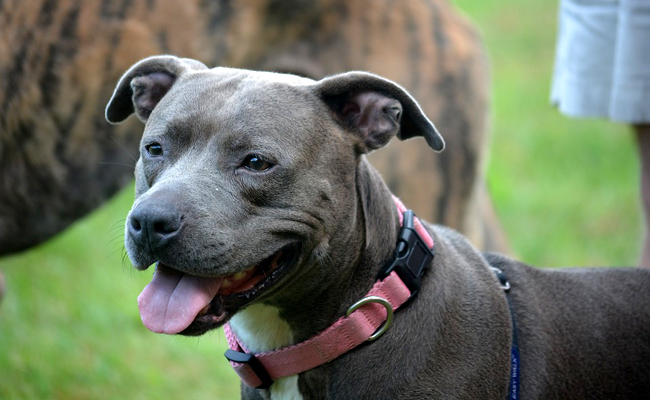 The history of Amstaff goes back a long way, to the 19th century to be precise. He comes from the English colonies of Canada and North America and not really from England as it is often said. The Amstaff will be the result of crosses between different breeds including the Blue Paul terrier (a breed that no longer exists today) or the Bull-and-Terrier. Namely that at the time, these dogs were mainly used for fighting. They were also used in the guard of properties, the guard of herds or as hunting dogs. The recognition of the breed by the American Kennel Club took place in the early 1930s. It was not officially named the American Staffordshire Terrier until 1976. 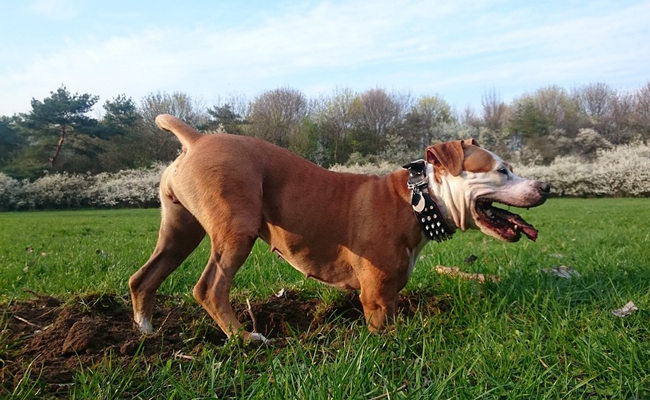 First important detail to know about the Amstaff: it is classified as a category 2 dangerous dog in France. This implies that you need a detention permit, take out civil liability insurance, vaccinate him against rabies every year or even put a collar, a leash and a muzzle during outings. The point is that because of the males this breed does not have a good reputation. It is considered aggressive. However, this character emerges only because of a bad education based on cruel methods.

Otherwise, the Amstaff is a calm, independent and very intelligent animal. He is also affectionate and stays very close to his owners. For a harmonious cohabitation with him, one needs a firm education which will come to channel his energy. He can perfectly evolve in an apartment, but ensuring regular outings and physical exercises will be required. 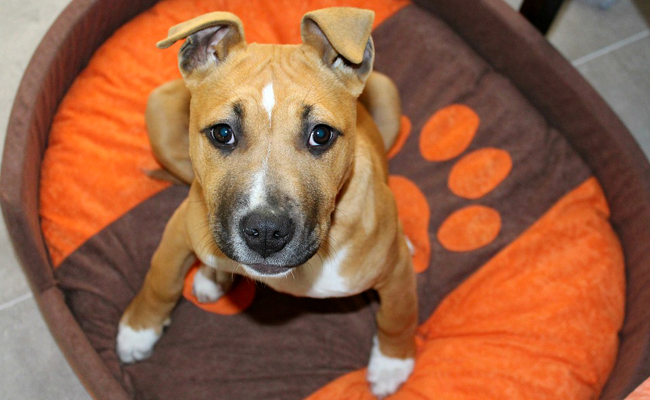 The American Staffordshire Terrier is a fairly easy-going dog. It can perfectly well be satisfied with industrial food. A limited amount will be recommended in the morning then a large meal in the evening. He must eat in a quiet and isolated place. In terms of health, Amstaff is very robust and lives up to 12 years. But we must be careful with genetic diseases like cerebellar ataxia which affects the cerebellum and the spinal cord.

Price of an American Staffordshire Terrier Dog or Puppy