Combining two stars, two leaders, two “franchise players” on one basketball team is not an easy task. It is even more difficult to make sure that they do not interfere with each other’s talents, do not take the ball and the initiative in turn, but show synergy, team chemistry, push each other to new heights. That is why the campaigns in this playoffs for Kawhi and Paul George or for Harden-Westbrook ended so depressingly.

Not all soloists can sing in a duet. Especially the pair LeBron-Davis – two stars of the Lakers included this year in the top five of the regular season. The last time such an achievement – two team-mates in the first team – was back in 2007, when Amare Stoudmire got into the first team with Phoenix point guard Steve Nash. And before that – the other Lakers players. In 2004, Shaq and Kobe achieved this.

By the way, in 2020, in honor of two of their legends, LAL wore special kits. In honor of Shaq, several regular season matches were played in an alternative yellow uniform. And in memory of “Black Mamba” Kobe, the Lakers sometimes play in black in the playoffs, where LeBron and Davis show all the same All-NBA-level, for which the journalists included them among the best players of the season. 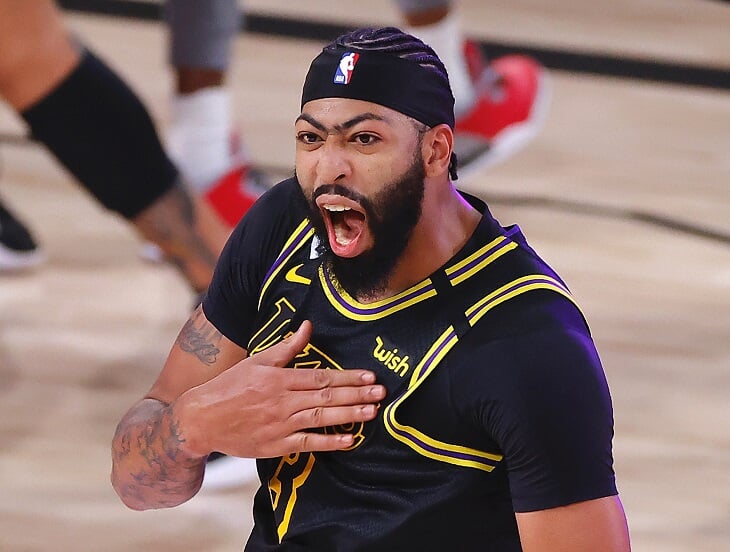 Davis is even cooler now.

On the way to the final, the Lakers (in 2004, we recall, they just reached the final, although they lost there) there was the last obstacle – Denver. But thanks to Anthony Davis, it doesn’t seem serious. LAL took the first victory in the series without any problems, the forward-center scored 37 points.

In the second match, of course, it couldn’t be so easy. But Anthony is still phenomenal.

Today recovered Denver, 16 points behind in the third quarter, made a comeback out of habit and caught up with LAL in the end. The god mode was turned on by Nikola Jokic, who scored all 11 points of his team in the end.

It was thanks to Jokic that the Nuggets took the lead at the last minute – the Serb won the position against Davis and corrected Jamal Murray’s unsuccessful shot into the basket (no one understood how this is possible, just magic).

Davis returned the favor in a counter attack, but Jokić once again brought Denver forward.

It seemed that “the Clippers virus” hit their fellow countrymen, and the Los Angeles people would miss a ready victory, and we will again talk about the incredible will to win the Nuggets.

Moreover, another hero of the meeting, Alex Caruso, absurdly missed an open three-pointer to win.

The Lakers were out of luck: there were no timeouts left, and there were two seconds on the time counter.

Without the combination drawn by the coach, the practically immobile LeBron captured Jerami Grant’s attention so much that he did not even think that, perhaps, perhaps, perhaps, perhaps, it would be necessary to exchange for Anthony Davis, entering the three-point arc? Grant asked Plumley to help him with LeBron, who could ram one guardian if he went to catch a pass under the hoop, even before the ball was put into play.

But it’s time to understand already: The Lakers are Davis’ team right now… And leaving him alone is the height of stupidity on the part of the Nuggets.

Rondo, who replaced Caruso for the sake of accurate removal from the out-of-bounds, instantly passed Davis.

The ball flew into the ring as soon as possible with the end of the match siren. The hit just couldn’t be more perfect. 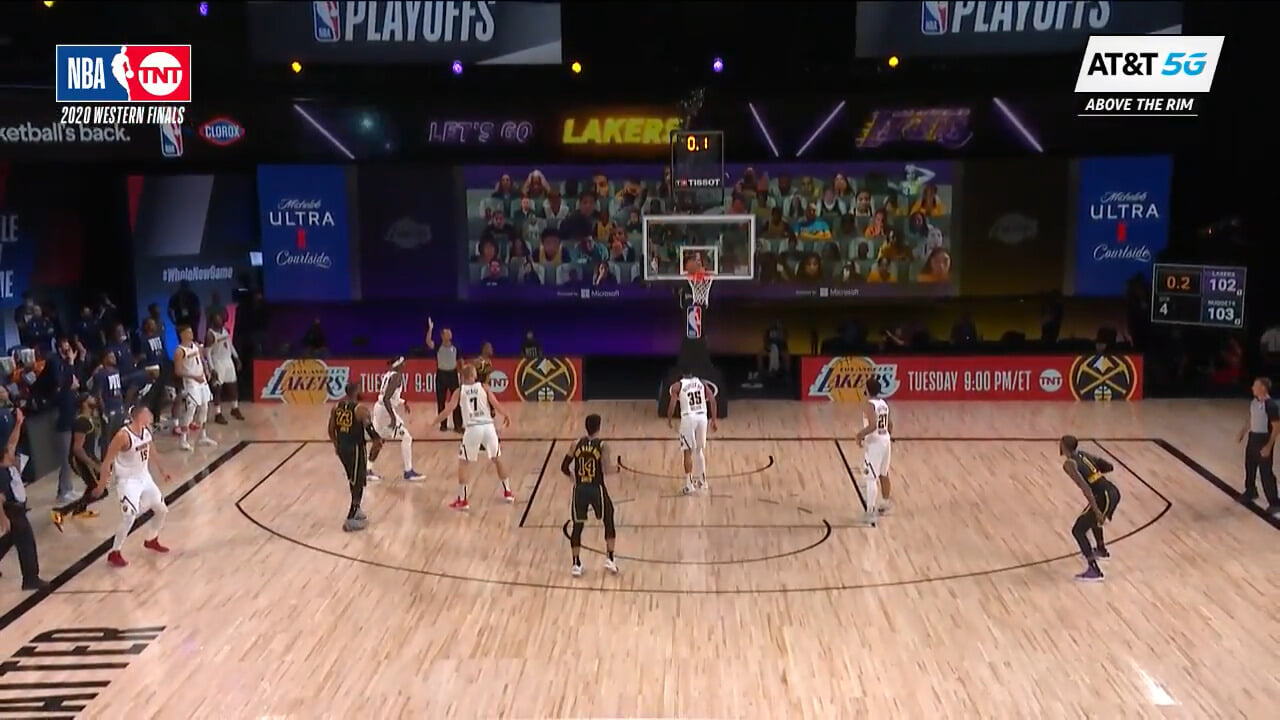 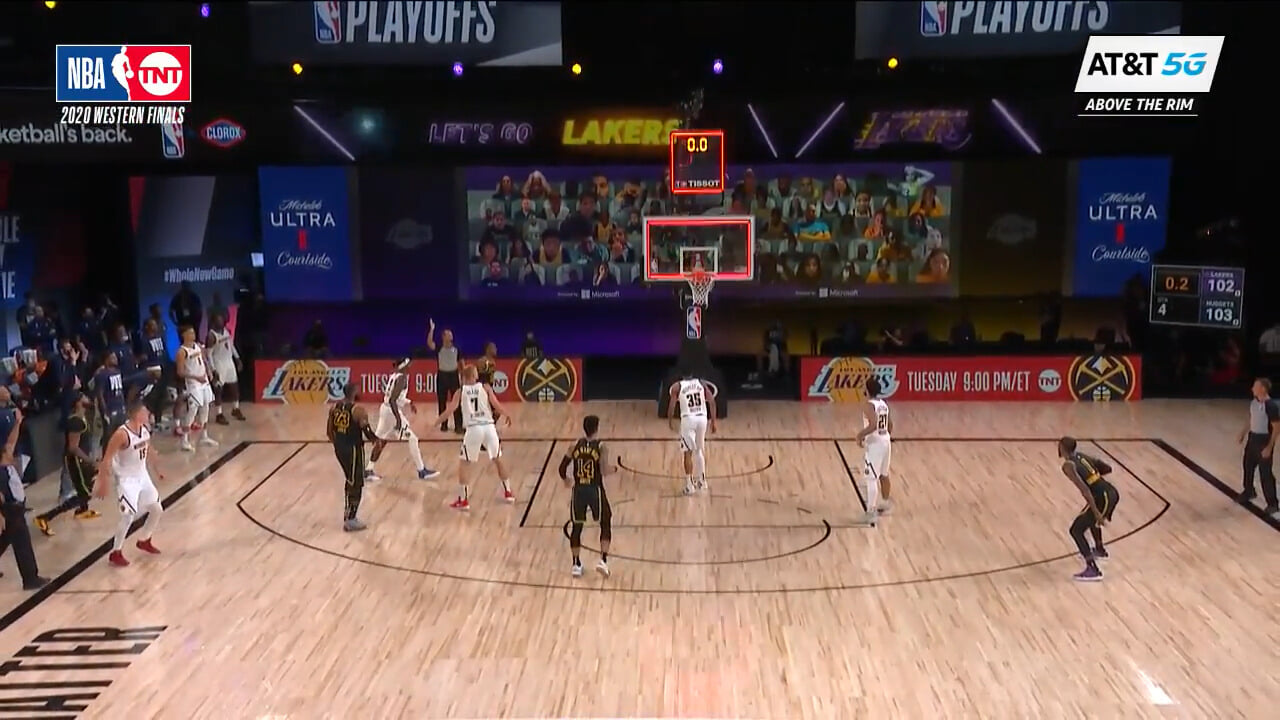 This is how it looked from the side:

Rare critics of Davis said that in terms of utility, LeBron’s influence on LAL was much higher, and Davis seemed to be an extra. But today LeBron is -9 and Davis is +8. And the winning “buzzer” – according to head coach Frank Vogel, a shot in the Kobe style. In black form named Kobe.

“We want to never lose in this form,” Anthony said after the match.

And in the decisive moments he did everything so that it would not be ashamed to wear it further.

The third game is already the day after tomorrow. The Lakers could close this streak very quickly if Anthony Davis continues to show a playing power we are not used to seeing from teammates LeBron James.