The Ashera holds all the records. He is considered one of the largest cats in the world, dethroning the Maine Coon, the Sacred of Burma, the Ragdoll and others. That’s not all. He is also the most expensive cat in the world. A real luxury pet!

One would readily confuse him with a leopard. It must be said that her spotted dress does not facilitate the distinction. The Ashera is also notable for its large size since a specimen can be 1.50 m long for an estimated weight of between 12 and 15 kg. This breed comes in four varieties. The first is the standard Ashera with a brown dress punctuated with black spots and which has a communicative and affectionate character.

We also find the hypoallergenic breed which was therefore created to prevent the development of allergies in sensitive people. This hybrid breed is said to be sterile. The third variety is the Ashera snow cat which has a white coat dotted with coffee-colored spots. This breed features a slender, long body, small head, and fairly large, erect ears. Lastly, there is the Ashera Royal which has a very elegant orange fur. Ashera Royal represents less than 4% of litters and is therefore very rare. 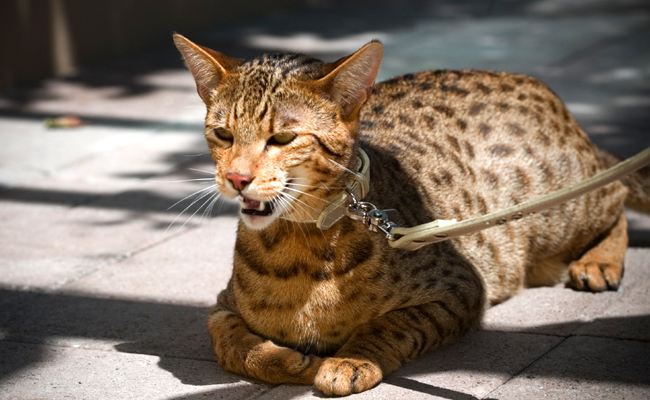 History of the Ashera breed

The Ashera is a cat that was created by Man. This recent breed was born in 2005 in the United States under the initiative of the Lifestyle Pets company. The latter had two objectives. The first was to create the world’s largest domestic feline. Bet won. By crossing an African serval cat with domestic cats and an Asian leopard, the company succeeded in obtaining an animal with disproportionate measurements. The second goal was to have a hypoallergenic breed. Ashera has been genetically modified so that allergic reactions are neutralized on contact. It is important to specify that this cat remains very rare. Lifestyle Pets only produces 100 specimens annually. It is also necessary to pay a high price to have it since a kitten costs around 20,000 euros. 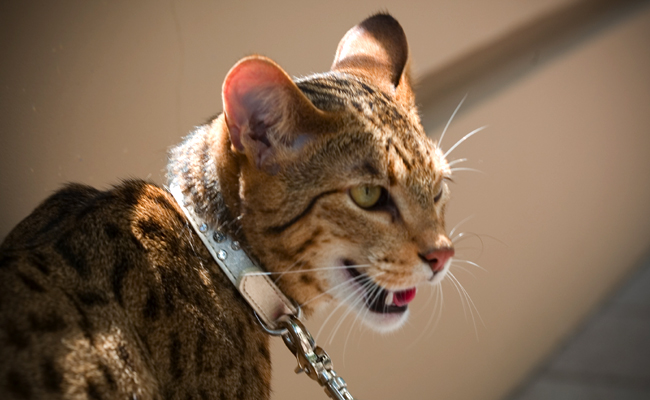 Ashera is bursting with energy. He loves to jump and climb everywhere, he is curious and very playful. Moreover, an important part of the care which must be lavished on him consists in stimulating him mentally and physically. Despite its wild origins, it is a good pet that shows a lot of affection towards its owners. It is best to walk it on a leash when going out. Walks whose frequencies are to be reduced in winter because this cat finds it difficult to withstand low temperatures. As he has a rather unpredictable temperament, it is advisable not to leave Ashera alone with children. 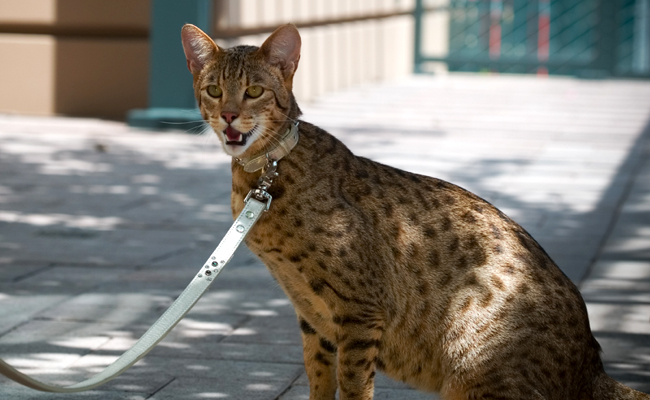 The Ashera needs very high quality food to preserve its muscles and ensure the shine of its coat. As it is large, it must benefit from a higher ration than that given to other cats to maintain its “health capital” and provide it with all the energy it needs.

On the health side, so far, no specific disease has been attributed to him.

Price of an Ashera cat or kitten