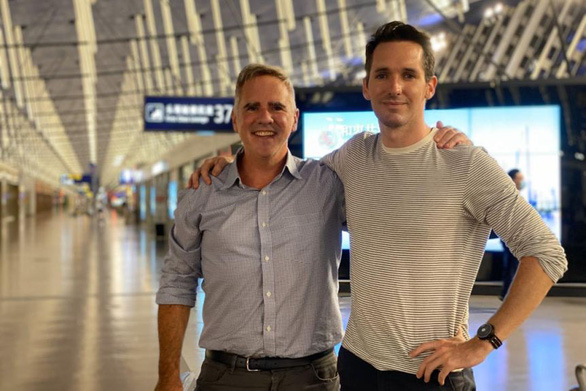 According to radio ABC (Australia), ABC radio and newspaper Australian Financial Review (AFR) had to urgently bring their two journalists home from China, after the Chinese police demanded separate interrogation of both.

Radio journalist Bill Birtles ABC in Beijing and journalist Mike Smith’s newspaper AFR flight back to Sydney in Shanghai on the evening of September 7, after both were asked for private questioning by the Chinese Ministry of Public Security.

Before that, Mr. Birtles had to stay for four days in the Australian embassy in Beijing, while Mr. Smith had to stay temporarily at the Australian consulate in Shanghai while Canbera officials negotiated with the Beijing government for two This journalist is safely leaving China.

This complicated situation began to arise earlier last week when Australian diplomats in Beijing warned Mr. Birtles that he should leave China. Officials at the Australian Department of Foreign Affairs and Trade gave similar advice to the station’s chief executive ABC in Sydney, Mr. David Anderson.

The consultation information then forced the radio ABC (Australia) must decide to organize a flight back to Australia to welcome Mr. Birtles. This journalist used to plan to depart from the morning of last Thursday (September 3).

However, while Mr. Birtles has not yet left, according to the radio ABCThe host government’s act of intimidating journalists continues to increase. Seven policemen came to Mr. Birtles’ apartment at midnight last Wednesday (September 2), when he was holding a farewell party with friends and colleagues.

The Chinese police said he was banned from leaving and would be contacted the next day to arrange a time for questioning the “national security case”.

Mr. Birtles called the Australian embassy and was scheduled to be picked up from his apartment. 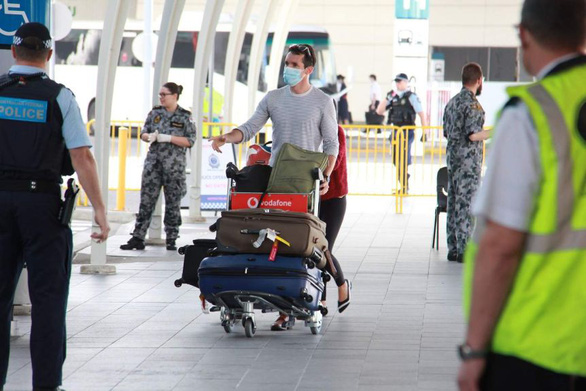 During the following days, Mr. Birtles stayed at the residence of the Australian diplomatic mission in Beijing. Here, he continued to be contacted by Chinese officials and asked for questioning.

At first, Mr. Birtles refused to speak to them, citing concerns about personal safety.

Then, on Sunday, September 6, he was questioned by Chinese authorities with the companionship of the Australian ambassador to China, Graham Fletcher.

Mr. Birtles agreed to speak after Australian and Chinese officials reached an agreement that if Mr. Birtles would respond, the Chinese side would lift the ban on traveling with him.

During that interrogation, the Chinese authorities did not raise any questions about his reporting in Australia. Mr. Birtles’ travel ban was later lifted.

Meanwhile, journalist Smith’s newspaper AFR interrogated on the evening of September 7 after staying in an Australian consulate in Shanghai. Newspaper AFR also had to make arrangements similar to what happened with Mr. Birtles to bring Mr. Smith back to Australia.

This is the latest move to see relations deteriorating further between Australia and China, following a series of tensions over trade, espionage, Hong Kong, and COVID-19 translation.

In July, the Australian government changed its advisory to travel with people to China, warning Australians that they could face “arbitrary detention” in mainland China.