Skip to content
Sports
Now She will finally play with Osaka. 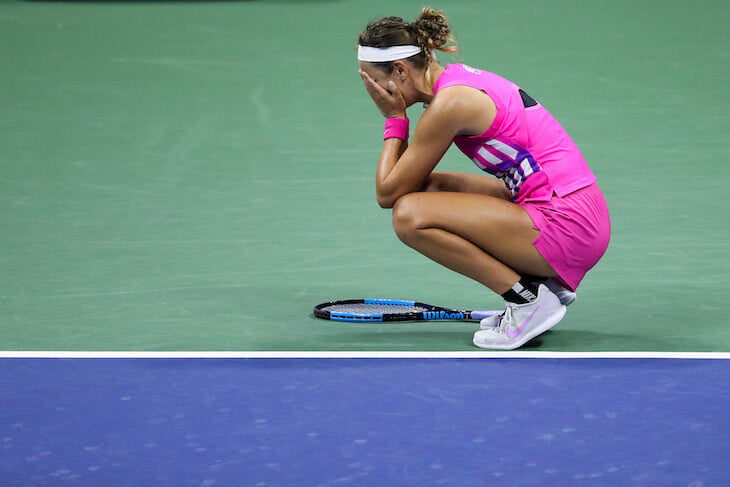 The return of Victoria Azarenka to the status of an actual top tennis player is one of the main stories not only of the post-quarantine tour, but of the season in general.

After the decree, from which the Belarusian woman returned in 2017, she periodically skipped good results, but there was not enough stability and all the time something was in the way (mainly the struggle with the child’s father and the courts, which were mentally exhausting and did not allow her to go to tournaments) … So for the last two or three years, Azarenka has been discussed in the context of the shot down pilots, who may need to leave.

She herself several times thought about ending her career. The last time this happened was in January this year. But in the end she decided to continue: “I was ready to do other things, I had ideas, but I wanted to try tennis again. Something in me told me that I hadn’t tried enough, but I had to finish when you realize that I had done my best. I would not be happy if I left in January. ”

Bottom line: In three weeks in the New York bubble, she won 11 games in a row, took the biggest title since 2016, and made it to the Grand Slam final for the first time since 2013. She also beat Serena Williams for the first time in her career – in one of the most impressive matches of all her years on the tour. 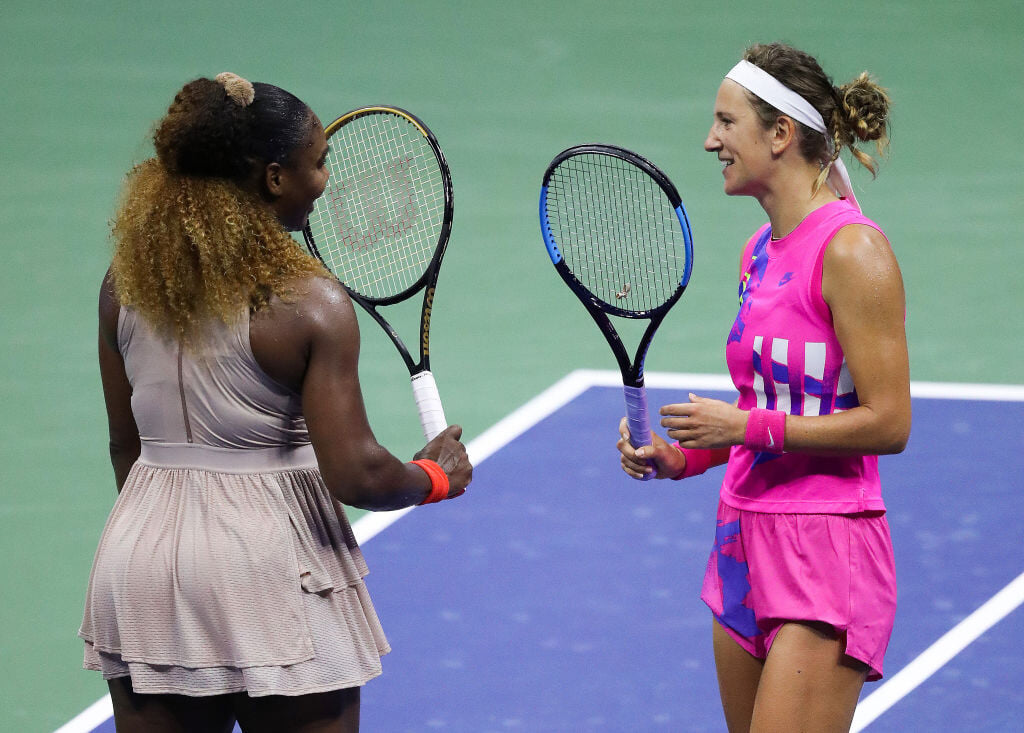 To understand how this comeback happened, you need to talk about a concept that former tennis player, coach and commentator Taylor Dent has been promoting in reports for two weeks. On the concept of “ball quality”.

Dent, who was once the 21st racket in the world, claims that this property sets the top apart from everyone else. By the quality of the ball, he means the combination of properties that the player gives to the shots: strength, accuracy, direction and rotation. Accordingly, the better a tennis player has a ball, the more difficult it is to do something with it.

The match against Serena Azarenka (probably for the first time in the history of their confrontation was considered the favorite) started very badly. She did not have the first serve, double mistakes flew in pairs (therefore, when the score was 0: 4, she said “Such shit, #####” after missing the first ball), there were a lot of rejections from the rebound. But more importantly, the quality of the ball was so-so – even when she started the rally with Serena, there was nothing in her shots that could create serious problems for the American. 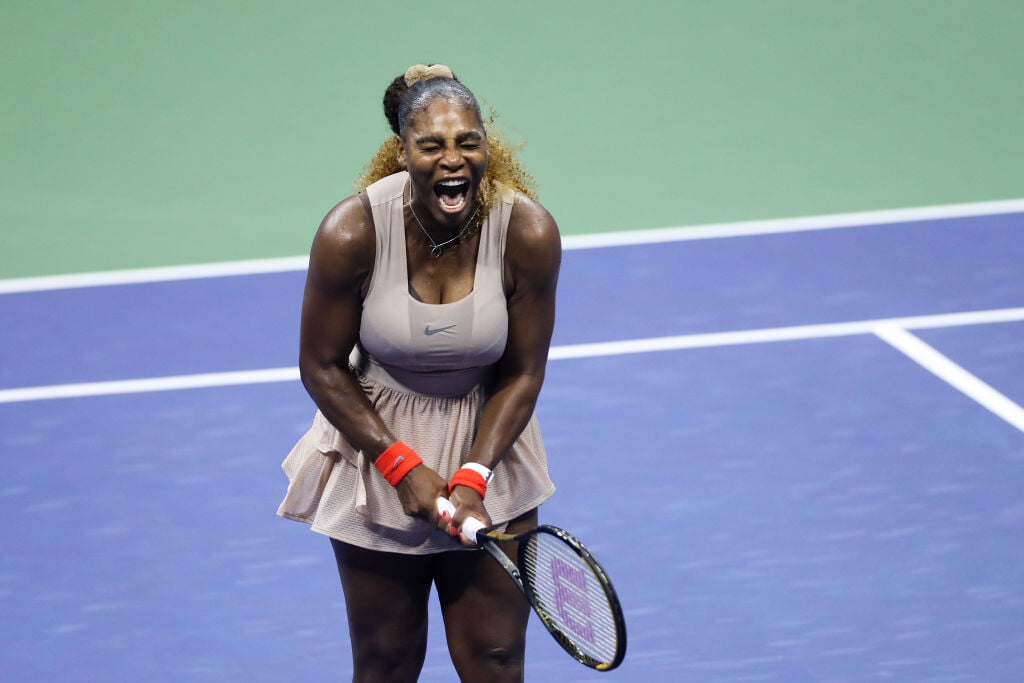 Even if Azarenka launched an attack, Serena dragged everything and found an opportunity to seize the initiative. This was especially evident in the last draw with the score 1: 1 already in the second set – when Victoria knocked Williams out of position twice, but in the end got a forehand right through to the corner of the court.

By that time, the quality of Azarenka’s ball had already improved compared to what was at the very beginning of the match, but it was still insufficient. In addition, she was let down by the lack of stability in the last blow – several times she opened a position and made a mistake when it was necessary to break through.

At the beginning of the second set, Azarenka entered the match, but Serena helped her to gain a foothold in it. Commentator Mary Carillo said that before the semifinals, Williams spent a very long time on the court practicing the technique – and for some time he was scary. But then two key events happened: when the score was 1: 0 in the second game, Serena hit the net at the break point from the reception of the second serve (in the end, she did not make a break), and when the score was 1: 2, the whole game gave errors from the first hit.

All this fueled Azarenka with self-confidence, and with the score 2: 2, she played a predatory game: she powerfully attacked Serena’s second serve, hit much harder, and made a break with two backhends. After that, she finally got started and talked about fucking shit on the pitch changed with constant shouts of fight – fight.

And that’s all, Victoria has already reached an incredible level. She finished the second set with phenomenal statistics – 12 winners and only one unforced error, and also took all eight points on the second serve.

In the third, this dynamics was preserved. The Belarusian woman made very few mistakes, she constantly moved Serena in the rallies, kept the back line tightly, opened the court, attacked from the backhand. And she kept her serve perfectly – after the second game of the second set, Serena didn’t have a single break point.

I was also impressed by the mental stability of Azarenka. At the beginning of the third set, she left from 0:40 in the game at the reception, after which Williams’ left ankle began to hurt sharply – and she called a doctor. During the break, Victoria sat quietly and meditated, not noticing that some kind of insect was crawling down her face. And then she went out and made the decisive break.

The pitch for the match also came out as a demonstration of mental power. Azarenka took the lead 30: 0, but got stuck and lost two points in a row – the second by a double mistake. What did she do after that? She smiled and first shot the strongest serve of the match (175 km / h), and on matchball put an ace at the very edge of the line.

“Psychologically, it was one of the most powerful comebacks of my career. I had to get out of very serious problems. I knew that at this stage of the “Slam” Serena would not give up anything for nothing. In a sense, it was one of the best matches in my life, ”Azarenka said after the victory.

Not in any sense. And in all.

In the final, Azarenka Osaka, who has played super cleanly in the last three matches 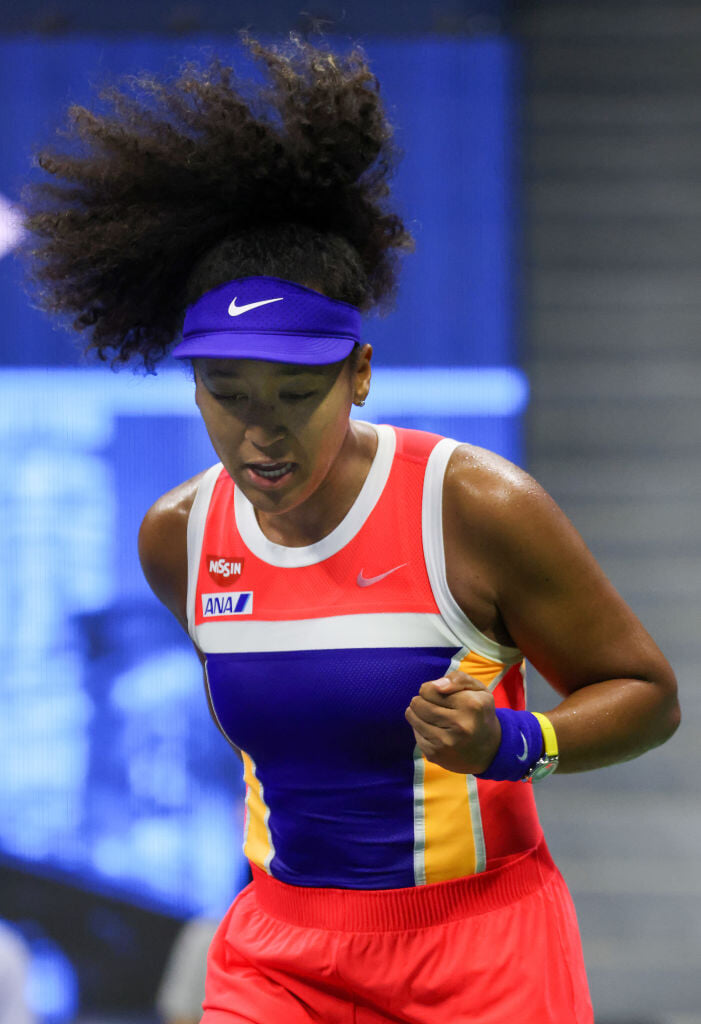 For the title Azarenka will play with another tennis player who has not yet lost in the New York bubble – Naomi Osaka. They were supposed to meet back in the finale of Premiere, which had been rescheduled from Cincinnati, but the Japanese shot before the start.

She reached the final of the US Open by defeating Jennifer Brady – 7: 6, 3: 6, 6: 3. This match was not as emotional (and loud) as the second semi-final, but it also turned out to be very high quality and intense.

• Both were particularly tuned into the semi-finals and hit even harder than usual. In the right hand, both added 8 km / h, and Brady threw the same amount to the average speed of the first serve. Osaka also served more powerful than usual – but only by 6 km / h.

• As a result, the serve and the first hit determined the dynamics of the game, and in each set everything was decided by literally 2-3 rallies.

• In the first game, Brady failed the tie-break, giving up three points from unforced errors. Osaka allowed only four in the entire set.

• In the second, Naomi gave a break at the end of the game due to a couple of extra mistakes. Before that, she was not yet lucky – after one of Brady’s strikes, the ball rolled over tightly after contact with the cable.

• In the third set, the situation repeated itself in a mirror-like manner – to the extent that Osaka won one of the points on the way to break point after being lucky from netball.

• In that game, Brady made not only several tennis mistakes, but also one everyday one – at the break point, the judges saw an out after her backhand, and she did not take a video replay. But in the broadcast it was shown – and the ball was in the court. 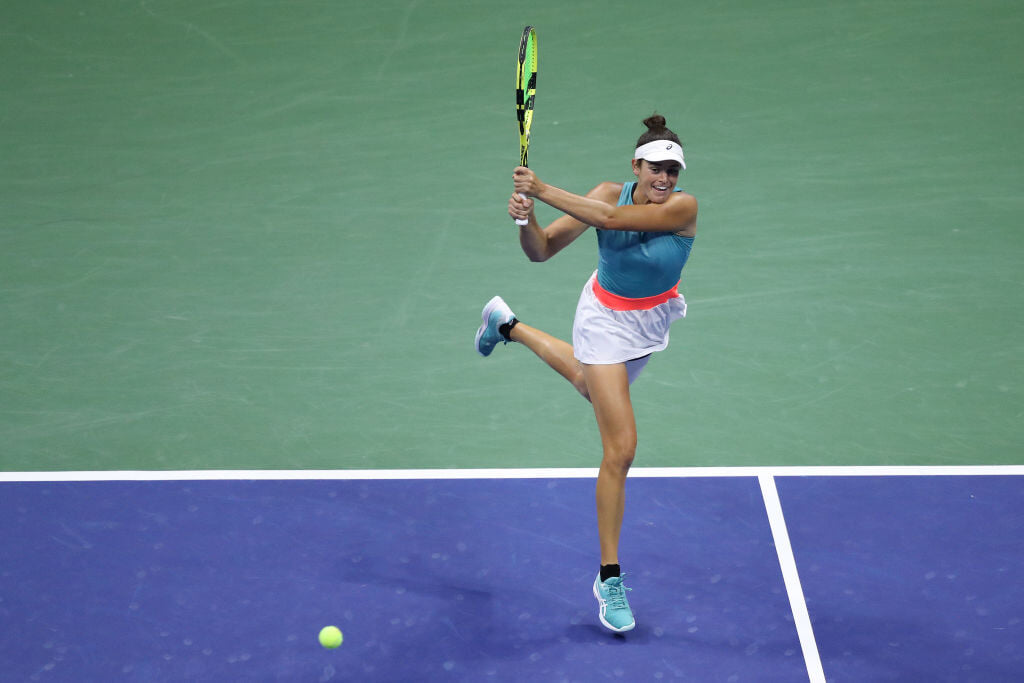 • If we move away from the dynamics and talk about specific blows that influenced the fate of the match, then there are two of them. First, Brady’s backhand – he let her down. With him, she made 15 unforced errors, and very often these were the techniques of the second serve, which she sent out in touch along the length or into the net.

• Secondly, it’s Osaka’s serve. And this is not about those cases when she sends the ball flat and strong. In this meeting, her favorite serve was the cut into the first square. At first, she deceived her rival several times with her – she jerked in the other direction and received an ace.

• Then Brady was not led and even received it well, keeping the ball from Naomi’s forehand. But the court still opened, and Osaka ferried from the backhand to an empty corner – adding speed to the punch by moving his hip.

• And also at the key moment of the meeting (4: 2, 30:15) Naomi unexpectedly for her opponent twisted the second serve into the very side line. It was also cool.

• Overall, the Japanese have been playing very cleanly for the last three matches. Today she had 35 punches through with 17 unforced, in the quarterfinals – 24/8, in the fourth round – 21/18. It was due to such performances that she became the best tennis player in the world, who so far has never lost in the quarterfinals, semifinals or finals of the TBSH.

The match must be great.