FIFA 21 will only be released on October 6, but EA Sports has already published a rating of the 100 strongest players in the new part. Let’s analyze the EA selection below, but first, try to guess the top 10 in our test.

From the hints – only the position of the player.

1. For the first time since FIFA 16, the top 3 has changed. Of course, Messi and Ronaldo remained in place, but Neymar was pushed aside by Robert Lewandowski. In FIFA 16, Luis Suarez was in third place. 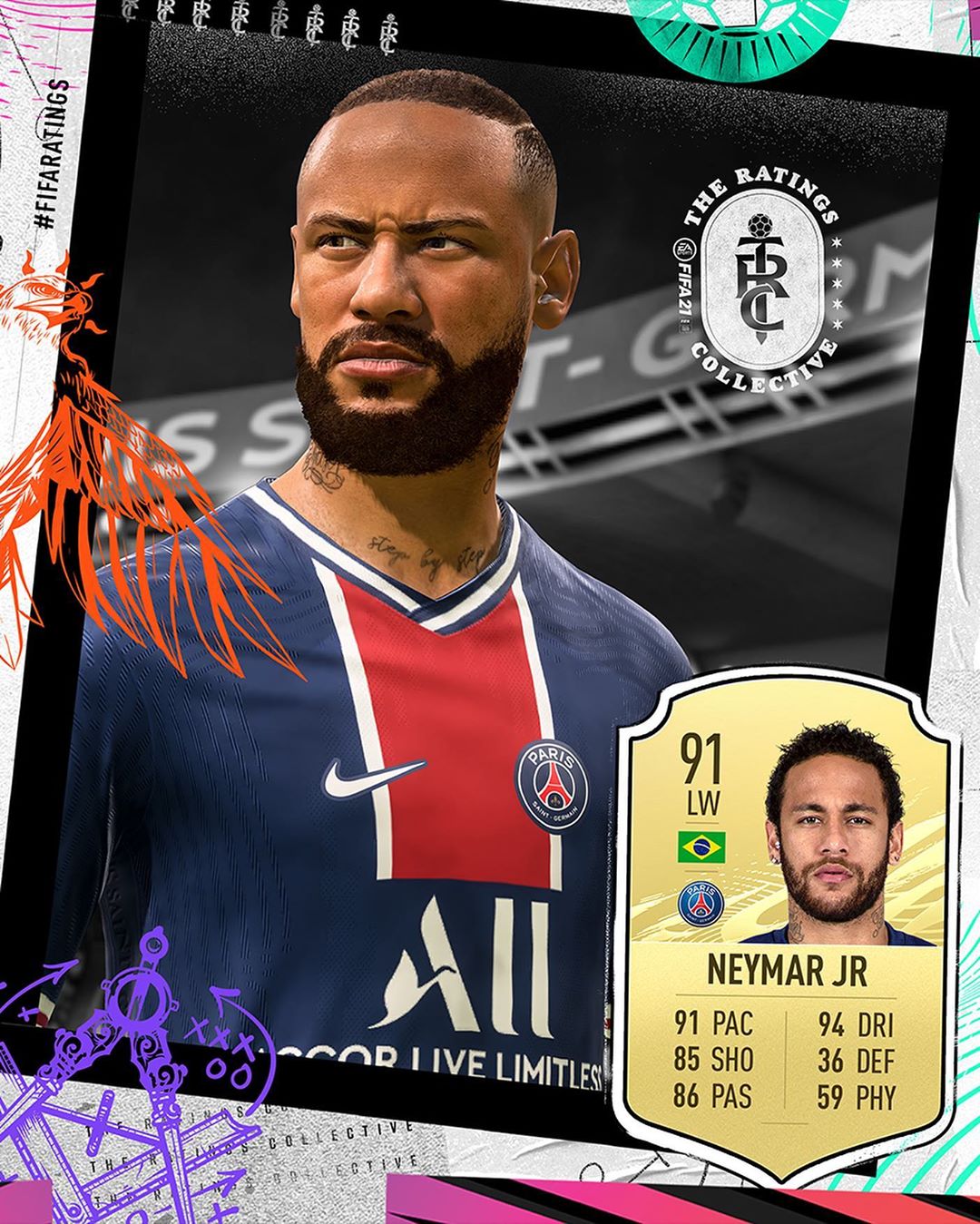 3. Apparently, Mbappe will be the fastest player in the series this year. Last year, he shared the top spot with Adam Traore (both had 96), but the Spaniard did not make the top 100. 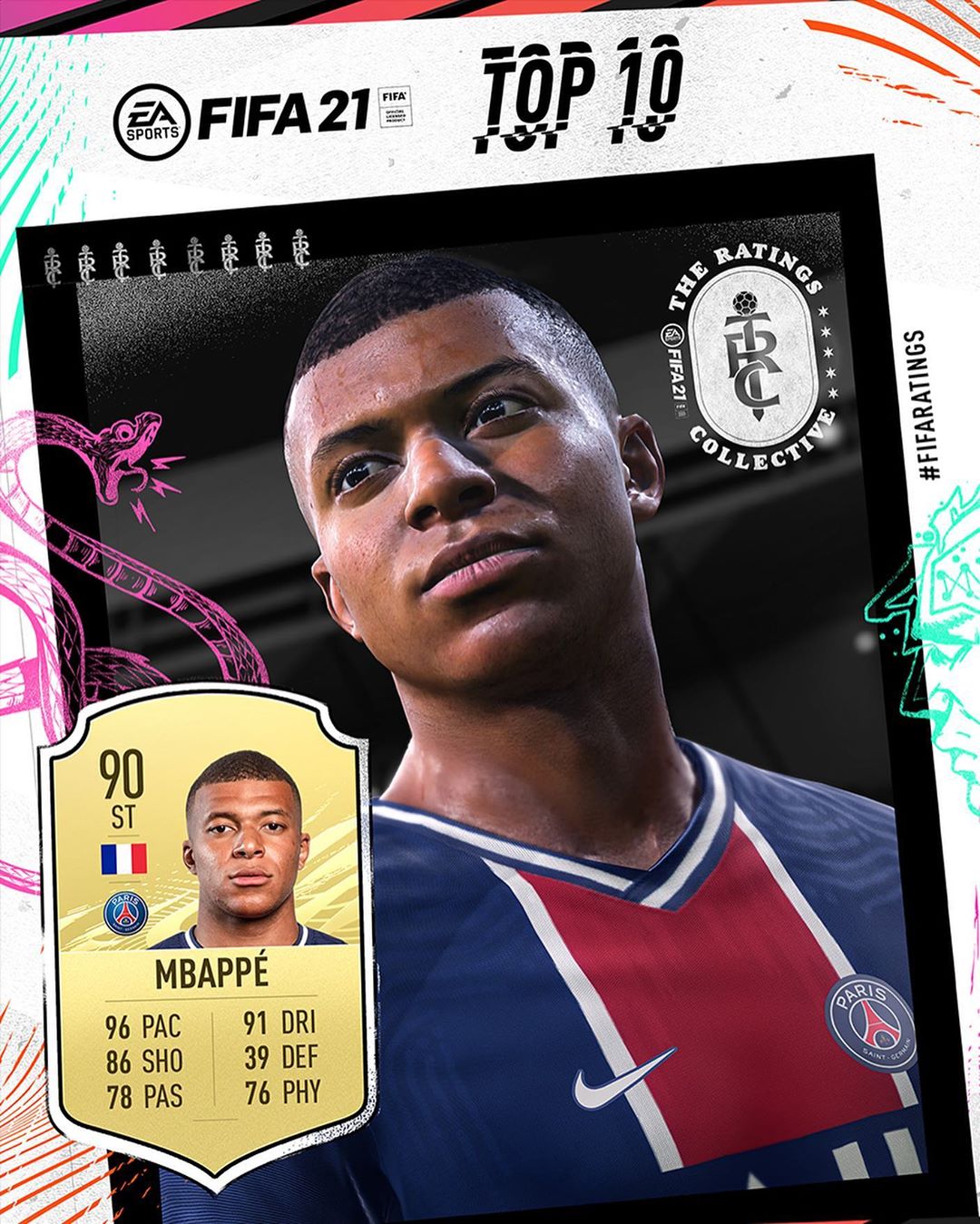 4. Liverpool have the most players in the top 10: Mane, Salah, Van Dijk. But the top 20 is dominated by Real Madrid: Kroos, Casemiro, Courtois, Benzema, Ramos. But none of them made the top ten.

5. The winner of the Champions League, Bayern, in the top 10 only Robert Lewandowski. The top 20 includes Neuer and Kimmich.

6. The top 100 has the most representatives from Barcelona and Liverpool – 10 people. City and Real have 9 each.

7. Everything is stable for the goalkeepers: Oblak, Ter Stegen and Alisson. But Neuer moved De Gea from 4th place. Courtois this time became the fifth. 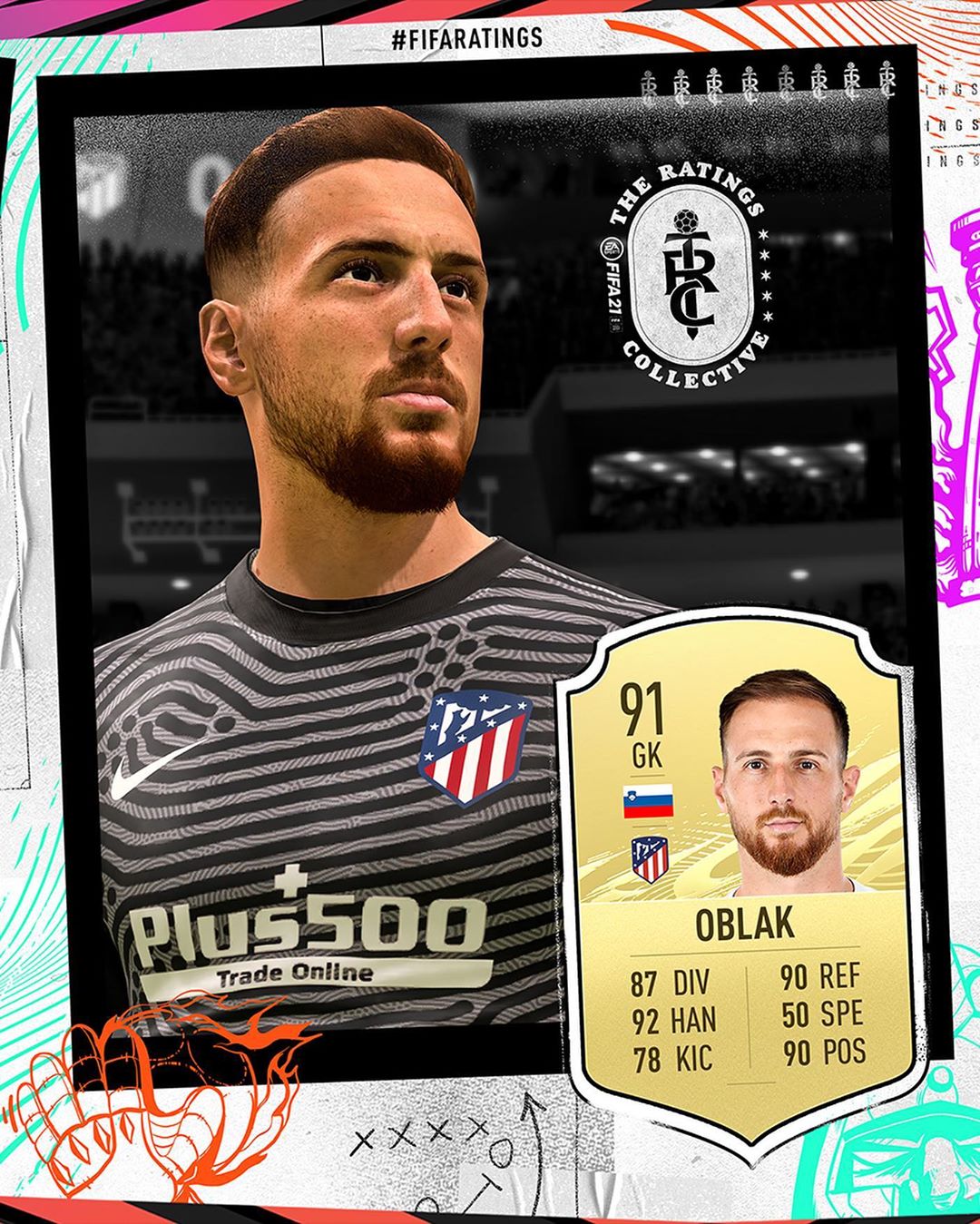 8. Some amazing indicators are striking. For example, Cristiano Ronaldo beats the best in the top 100. How fair is this, given that the Portuguese in Serie A averaged 6.57 shots per game and, excluding penalties, scored 19 goals (0.61 per game)? De Bruyne has 86, but 3.19 shots per game and 12 goals in the Premier League.

9. Questions are also about the strength of the players. Could Casemiro (Physics 91) with a height of 184 and a weight of 84 be stronger than Koulibaly (195 cm, 89 kg)? Holland, for example, turned out to be stronger than Romer Lukak. It is clear that the “physics” parameter includes 4 attributes (jump, endurance, strength and aggression), but even with this reservation, the superiority over Lukaku looks very strange.

I also surprised Ronaldo: for some reason, he turned out to be not too hardy (84) and very weak (78).

Greenwood, Davis, Holland and 10 more players to get the fattest upgrade in FIFA 21

10. Indicator Weak Foot (weak leg) does not lend itself to logical explanations. For example, the developers honestly believe that Christian Eriksen (5 stars Weak Foot) plays with both feet better than Lionel Messi (4 stars Weak Foot). What is really there – absolutely one-legged Ciro Immobile (28 goals on the right and 2 goals on the left) has the same 4 stars.

11. If you didn’t know, then the figure models of football players are almost always the same. EA ranks them by height (High / Medium / Short) and muscle (Lean / Average / Stocky). But some have such unique constitutions that they have to be drawn separately. Messi, Ronaldo, Neymar and… Thibault Courtois got unique figures in the top 20.

12. In the confrontation between Messi and Ronaldo, Leo won again: 93 against 92. If we compare all the parts of FIFA, then Messi will have 9 wins, and Ronaldo – 6.

Ronaldo or Messi – what do FIFA and PES think?

13. Final top 10. Do you agree? Whom to remove and who is missing – write in the comments. 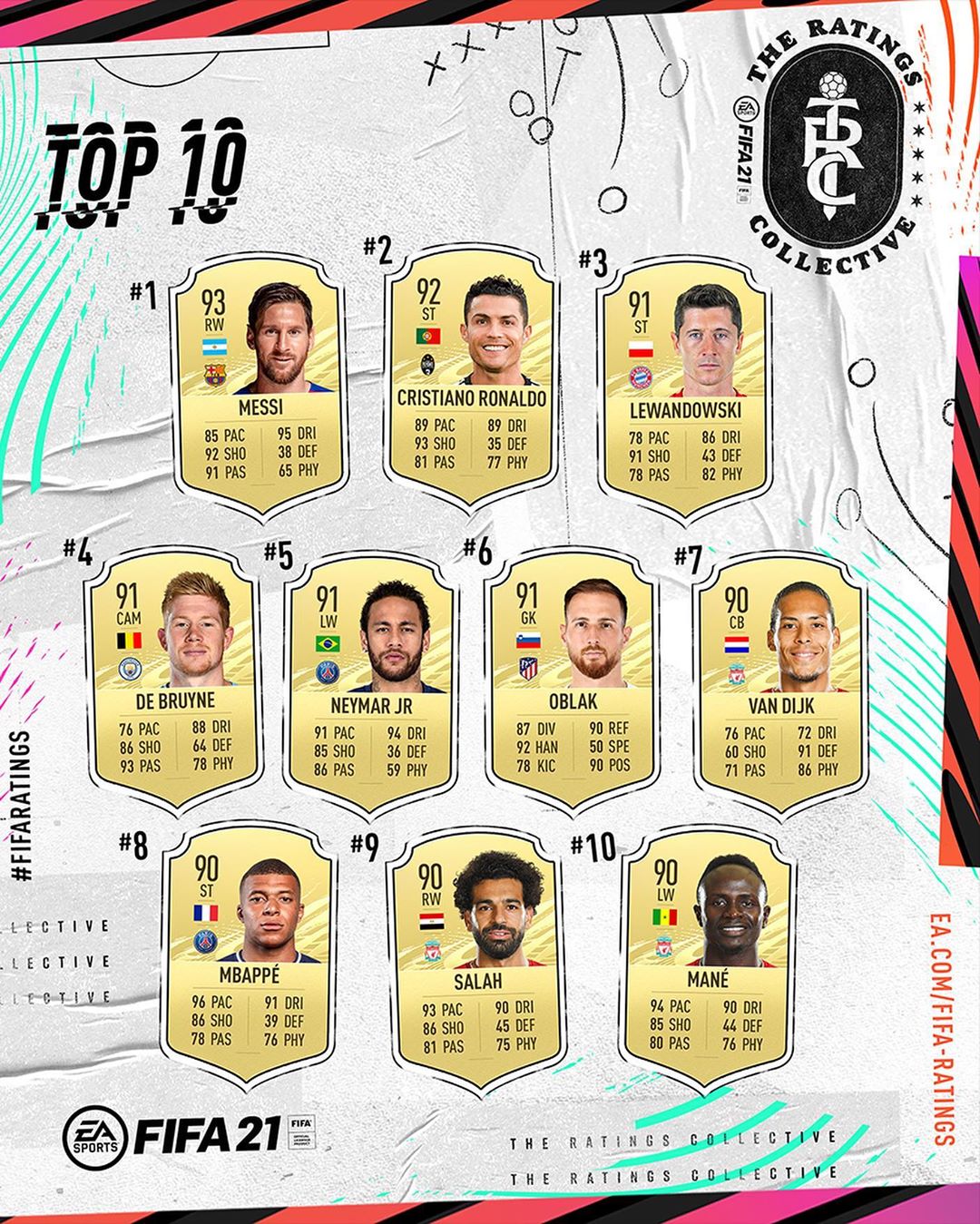 New faces in FIFA 21. Do you recognize everyone?

Appreciated the trailer for the gameplay of FIFA 21. Now EA resells us ideas from the early 2000s