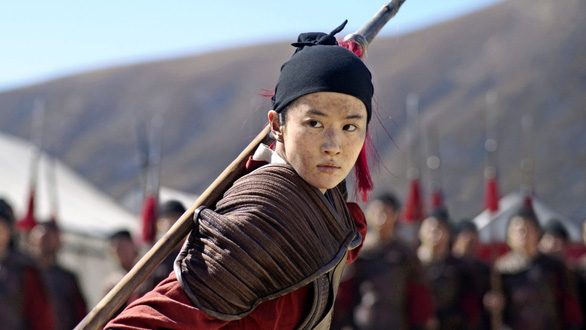 Planned to premiere Mulan in China from September 11, Disney already has great expectations. Therefore, observers fear that the US film studio may continue to suffer losses if the film’s promotion is tightened here.

Disney has invested $ 200 million for Mulan. This is also a film that brings together famous Chinese actors such as Li Li, Kiet, Gong Li, and Liu Yifei.

The plot of Mulan revolves around the folk story of the Chinese character Mulan. Mulan 2020 is a live-action remake of a 1998 Disney animated remake. The 2020 film is built to attract audiences from China – the second-largest film market in the world.

However, the box office’s sales Mulan has been largely influenced by conflicting opinions on the Internet as well as restrictions on viewers in theaters to prevent COVID-19.

Three Reuters sources said that the press agencies in China have received requests from the authorities, two of whom said the announcement was made by the China Network Administration.

A fourth source from a major newspaper in China said he had received a message of a similar request from a senior colleague.

Although the announcement was not accompanied by further explanation, sources said it was related to a backlash from public opinion to the overseas film regarding Xinjiang issues.

Neither the China Network Administration nor Disney responded to the new information.

According to Reuters, many viewers discovered in the film’s end Mulan, Disney gave special thanks to 8 agencies and organizations in Xinjiang. Among them, Disney thanked the Public Security Bureau in Turpan City, which is believed to have stepped up the operation of a series of re-education camps to detain the Uighurs.

This continues to ignite a wave of calls for a boycott of the film, after the controversy about political statements (in favor of Hong Kong police’s action to stop protesters) by lead actress Liu Yifei. Africa before.

Today 9-9, sheets Hoan Cau Times Beijing’s government has voiced its opposition to criticism of the film, saying it is “another manifestation of China’s extremist ideologies in American public opinion”.