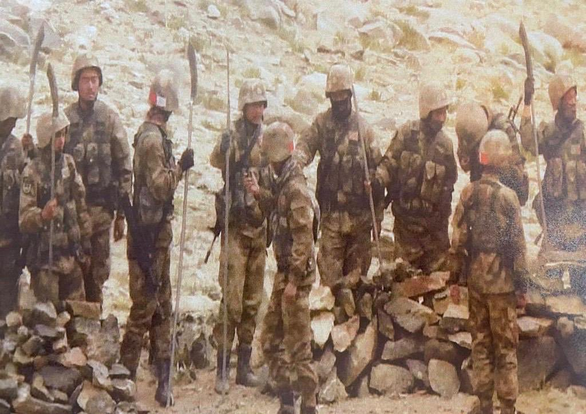 A source of the ANI news agency in the Indian army said the images above were taken in an area of ​​Ladakh which is controlled by India but claimed by China.

Discovering “cold goods” in the hands of Chinese soldiers, Indian soldiers have been vigilant to keep their distance due to fears that a similar bloodshed clash in June this year will resume.

According to Indian media, Chinese soldiers then armed with iron nails clashed with Indian soldiers in the Galwan valley, killing at least 20 Indian soldiers. The Chinese side has remained silent on the casualty figure so far.

This is considered the bloodiest gunshot clash on the Indo-China border in decades. The encounter with soldiers of the two countries near the LAC is a frequent occurrence, sometimes ending with quarrels or fighting each other. 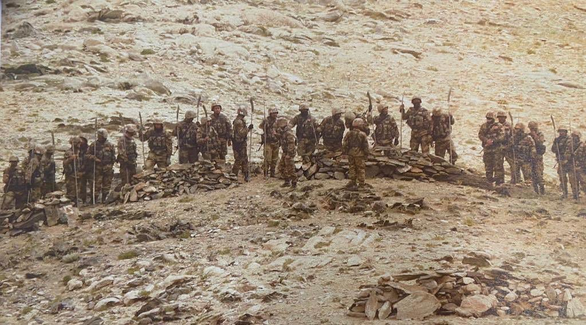 India and China – two nuclear-owning nations – are believed to have agreements not to use “hot goods” like guns in some sensitive areas on the border. Reality in the Galwan valley shows that “cold goods” such as spears and marks can cause as great a casualties as using firearms. 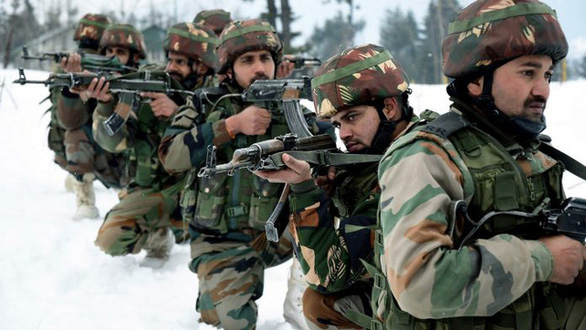 On September 7, the Western War Zone of the People’s Liberation Army (PLA) accused Indian forces of violating the LAC, infiltrating Chinese territory on the southern bank of Pangong Lake and opened fire.

The day after, 8-9, newspaper The Times of India citing sources that the Indian army denounced the Chinese soldiers as the only party that opened fire when trying to close pressure on Indian forces east of the Ladakh plateau.

At noon of the same day, the editor-in-chief Ho Tich Tien of the newspaper The Hoan Cau Times on Twitter accused India of violating the no-weapons treaty on the border between the two countries, and threatened that if armed conflict broke out, the Indians “would suffer more miserably than in 1962”.

He meant that the Sino-Indian War in 1962 when China won the military but eventually had to withdraw to the old border before the conflict.

The statement above has caused backlash from the Indian online community. Many reminded Ho that the Indian army successfully repelled the PLA in the 1967 Nathu and Cho La encounters, showing that their military capabilities had improved.

Two hours after the first tweet, editor Hu Tich Tien continued to write, that India “underestimates China as it was in 1962”, thinking that China “does not dare war is a miscalculation”.

“The PLA has planned the worst case scenario, if a conflict breaks out they will confidently defeat the Indian army,” said Ho Tich Tien.

It is unknown on what basis, but military experts appreciate the Indian military’s ability to fight in the mountains. Sheet Taiwan News quoted Mr. Huang Guozhi, editor of the magazine Modern Weaponry, said climbing is an important skill for all Indian soldiers stationed in the mountains.

The Ladakh Plateau, where Indo-China is disputed, has great altitude, thin oxygen and extremely cold temperatures. Operation in that condition is part of the Indian Army High War School (HAWS) training program.

Tensions between India and China on the nearly 3,500km-long undefined border have been simmering since the 1962 war. Despite using the LAC as a temporary border, both New Delhi and Beijing denounce the other side is aggressive first.

Tensions began to rise in mid-May of this year when India accused China of gathering troops into disputed areas, plotting to change the status quo.

In response, Chinese state media accused India of deliberately causing tensions on the border to attract people’s attention, reducing criticism against the government in the context of India becoming a COVID- 19 second largest in the world.