On the day of the cancellation, Rospotrebnadzor had a day off – there was no one there to play football. 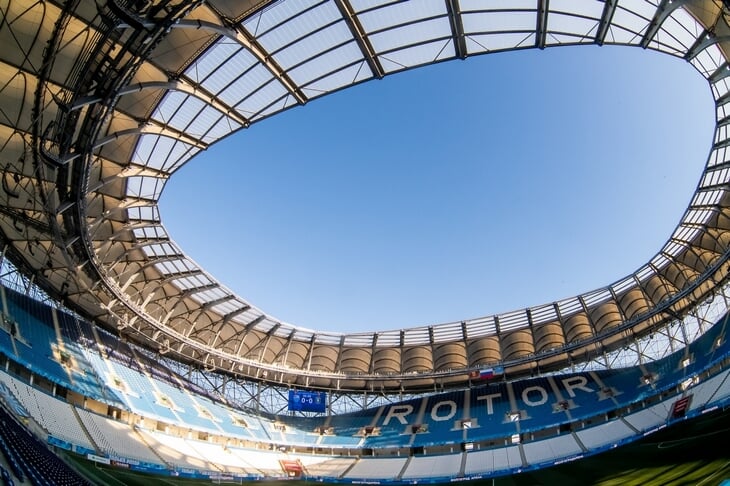 The first technical defeat of the season in the RPL was given to Rotor – because of the sick players, the Volgograd team was not allowed to play with Krasnodar. The game was canceled an hour before the start (even compositions appeared) – the RPL referred to the absence of a decision by the local Rospotrebnadzor administration to determine the contact group and admission. And already at the meeting of the FTC RFU “Rotor” was officially credited with a technical defeat.

And the fans, and even Rostov, which has the next round with Rotor, had a misunderstanding. Let’s take as a basis, among other things, the questions of Rostovites from an appeal to Sergei Pryadkin and figure out the circumstances of the first RPL techie of the season:

• Why did they celebrate the Rotor – Krasnodar match and why did they delay the decision? Firstly, the regulations of the new season immediately fixed: no COVID transfers, it is impossible to play the game now = technical defeat for the one who has positive tests. Secondly, the RPL just waited until the very last for a prescription from the Volgograd Rospotrebnadzor. It would be even more foolish to cancel the match in the morning, get the RPN decision in the afternoon, and cancel your own decision to cancel. As a result, the decision was still not received, the game was canceled. 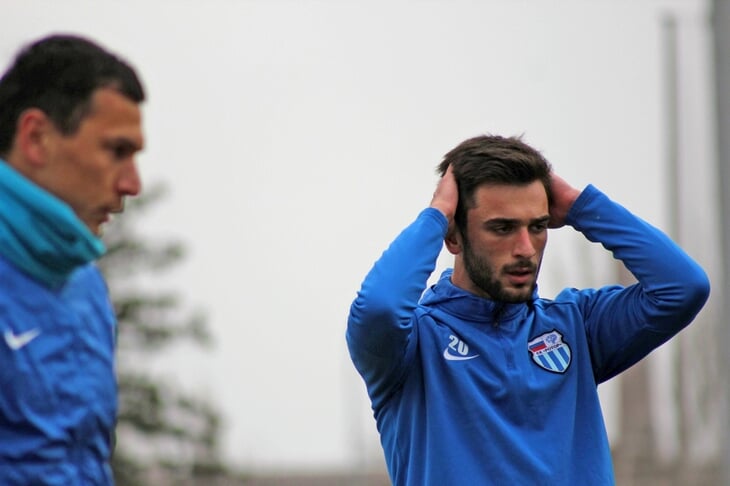 • Why does Rospotrebnadzor decide whether to hold an RPL match, while the league is distancing itself and only watching? Everything here is in accordance with the Sanitary Regulations: at the end of clause 1.2.3 (the number is easy to remember and find) it says that “the final decision on determining the contact group and admitting persons to participate in the training process and matches is taken by the territorial bodies of Rospotrebnadzor.” Obviously, the league itself cannot determine the contact group, it cannot entrust it to the club – the specialized organization deals with the issue, and everything depends on its position.

• Why does the RPL regulations allow such ambiguity and disputes about interpretations? The regulations are definitely not a masterpiece, they lack clarity, ideally, algorithms for actions with different input. For example, only general logic and common sense, and not a specific line in the document, set a fact that in this situation it is important to emphasize: in a problem situation (if there is at least one positive test, then there is a problem) RPN should not issue a ban on the match, but a permit to hold it… Obviously, when a virus is detected in one of the teams, everyone first of all assesses the risks: to play the game without a permissive instruction from the RPN – the organizer will take all risks on himself. It is quite logical that the RPL did not become – and it is not so important whether the league leadership’s own logic worked or the decision was suggested by Sergey Galitsky.

• Why is the Rostov – Rotor match not canceled and is considered safe, are they not double standards? Here “Rostov” talks about double standards, and then asks the pathetic question “Does Mr. Pryadkin believe that 11 sick Rotor players have not contacted anyone else?” In fact, this is not a question of faith at all, it is only possible to rely on the instructions of the Volgograd Rospotrebnadzor: if they are banned – “Rotor” will not fly anywhere, they will be allowed to play – those who are allowed by RPN will fly to Rostov. If the league suddenly cancels the match with a permitting prescription, it will already be a violation of the regulations, and Rotor will rightly be displeased. So that no double standards in sight, there are simply two different situations: in the first there is no RPN prescription, in the second it will certainly wait. It is supposed to be Friday morning.

And what, so it was possible? RPL is silent again – and again interprets the regulations as convenient

Let’s remind what happened in Rotor. 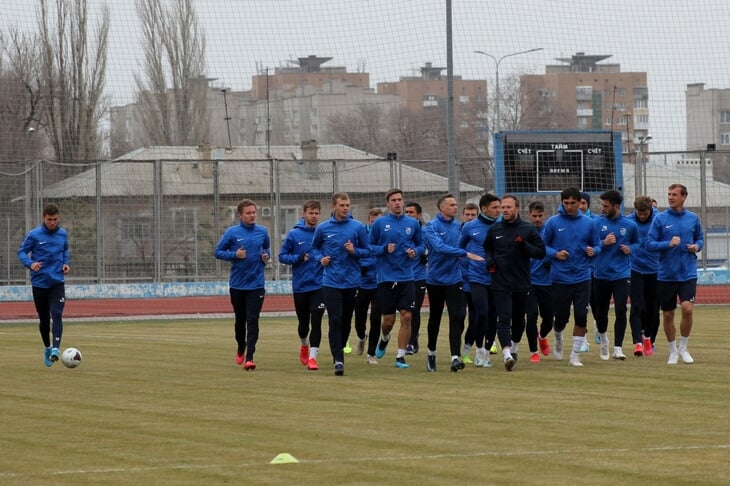 The first cases of infection were found on September 12, in two days of the game, testing on the 13th revealed new cases (but on the 14th everything was clean – in 16 people the tests turned out to be negative). The head coach of the team Aleksandr Khatskevich pressed on this: “The players who passed the tests two days ago were isolated. On Sunday morning we were tested, 16 players who were preparing for the game had negative results. The rotor is ready to play. ”

A strange episode of the matchday: for some reason, the Rotor players found themselves in the under-stands premises of their arena, although they did not have security clearance. The club was additionally fined 100 thousand just for this. The head coach of the team, Alexander Khatskevich, explained that the codes were not given to the team on the day of the game, but everyone arrived at the stadium, and the delegate Ruslan Kiselev from Tomsk let the players and employees into the arena (in 2014 and 2015 he was recognized as the best delegate of the league, then he was the general director of Tom for two years, and then returned to work as a delegate). Rotor learned about the cancellation of the match when the players were getting ready to warm up.

“RPL did not give us barcodes to enter the stadium on the day of the game. That is, we went to the stadium without having them in our arms. So the league made a decision in advance? Why was he announced to us only an hour before the start of the meeting with Krasnodar? In addition, the match delegate, who also did not have a barcode, was not supposed to let us into the arena. I saw him only when he showed me a letter on the computer and said that the game would not take place. I haven’t heard any more explanations from him! ” – Khatskevich was indignant. 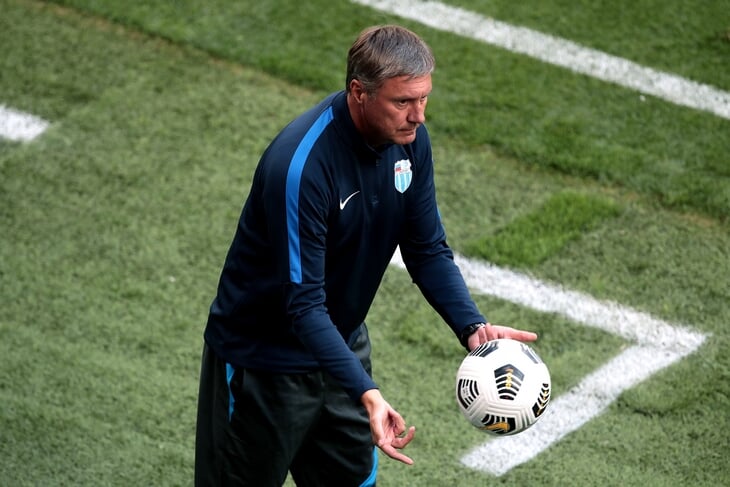 The concentration of absurdity: on Sunday at Volgograd RPN was just a day off – there was one employee in the office who was not at all aware of the Rotor investigation, according to colleagues from the local media V1.

Rotor is preparing for Rostov, but Rospotrebnadzor has let go of the investigation. And the RPL finally spoke (though she didn’t say anything) 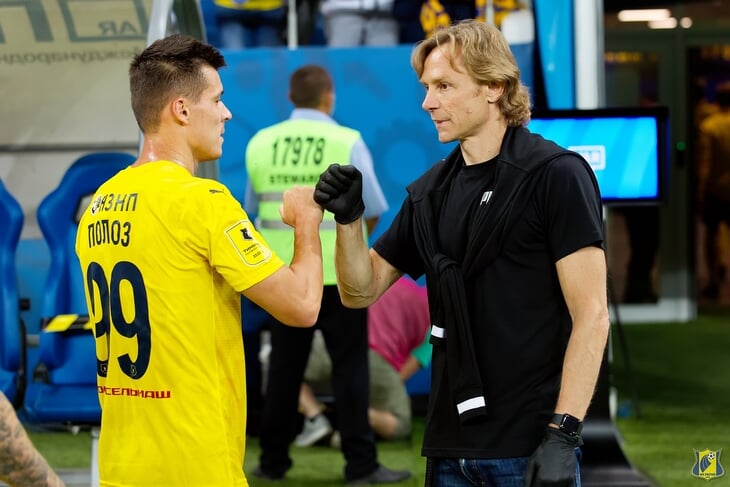 There are still no public results of the epidemiological investigation. The Volgograd Rospotrebnadzor has been silent for a week and does not comment in any way on what is happening – last Sunday, the head of the department Olga Zubareva briefly said that the club had not provided anything.

On Thursday, the league let it slip that the prescription exists. Not a word about the number of cases. Rotor provided the RPL Operational Headquarters with an order from the regional Rospotrebnadzor to isolate infected individuals and a contact group. The rest of the club’s representatives are regularly tested, ”the RPL said in a statement.

“The sanitary regulations state that if seven healthy people remain in the team, and the rest are sick, the match is canceled. We have attracted the players of the youth team to the base, so we have no problems with the roster in this regard, – said Dmitry Motorin, the press attaché of Rotor. – In general, the decision of the FTC should be made based on the results of the investigation by Rospotrebnadzor. The department had to prepare them anyway. And so, we don’t even know where the players could get infected with the coronavirus. You never know. ” 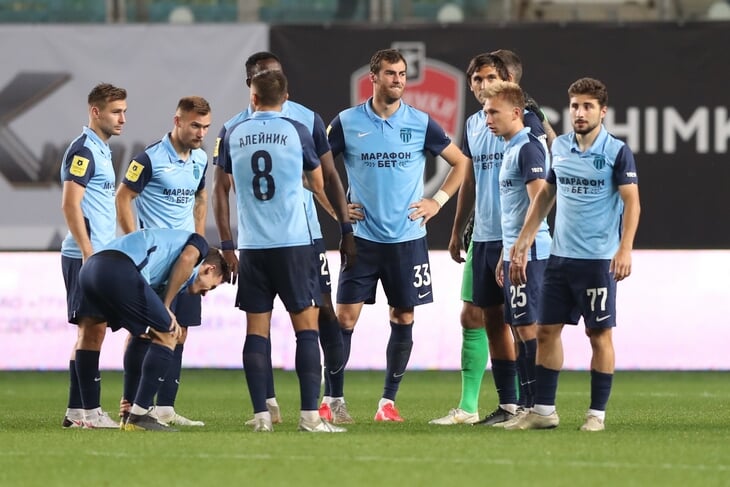 Of course, Rostov does not want to risk it – 5 days after Rotor is the Europa League qualifying match. Rotor is set to play – the main team leaves for Rostov-on-Don without 10 cases. As you know, according to the medical regulations, the decision on admitting the team to the match and training is made by the Volgograd RPN: now players from the non-isolated Rotor group are taking coronavirus tests every day – and there are no new cases in the club. 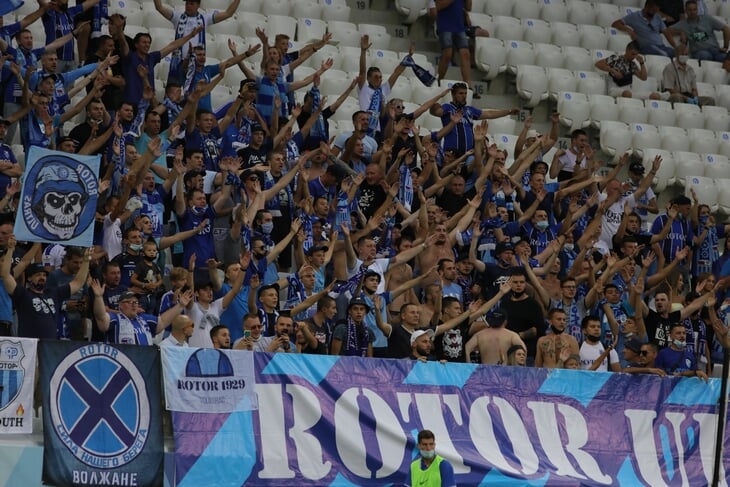 What is happening is generally incomprehensible. Formally, “Rotor” has not been in quarantine for a week – the contact group was determined only on September 17th. The Rostov department of Rospotrebnadzor can also interfere in everything, which has the right to test Rotor players on the spot and act depending on the results of these tests.

Surprisingly, FNL works much better. There are detailed regulations, and the league explains everything

There were precedents for canceled matches this season in the PFL and FNL. Let’s take a look at the Best League in the World – surprisingly, the league there clearly spelled out everything in the sanitary regulations, as well as the numbers on the inadmissibility – you can enter the field in every possible way if everyone is healthy.

So, in the FNL there were also confusing cases – as it is now with “Yenisei”. Before the game with Shinnik, the Yaroslavl branch of the RPN found coronavirus in several Yenisei players, and after the match was canceled, the players passed the test again – and they were released as healthy. In Krasnoyarsk, the team again passed the tests – the virus was found in four players. Now Krasnoyarsk residents have been quarantined.

Another affected club is Dynamo Bryansk. One of the poorest teams in the league has survived three techies and will be released from quarantine the day before the game with Tekstilshchik (on Friday). The same Dynamo announced that it was ready to play, but the local Rospotrebnadzor showed itself as tough as possible – they quarantined the entire team, although in Bryansk there were positive tests only on the first day of testing, no one else got sick. 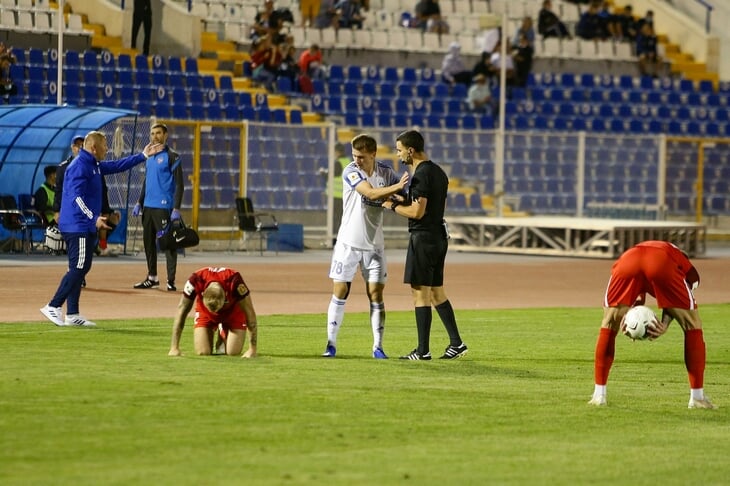 Other clubs – Nizhny Novgorod, Neftekhimik, and SKA – skillfully hid patients, coordinating actions with Rospotrebnadzor: only the sick are isolated. Of course, you can see double standards in this situation, but the main thing is that the FNL, at least, does everything in accordance with the regulations. Just an example of a statement on the cancellation of the match between “Yenisei” and “Torpedo”.

“Based on the order of the Chief State Sanitary Doctor for the Yaroslavl Region No. 5312 of September 12, 2020, a regime of sanitary restrictive measures (quarantine) was introduced with respect to a number of Yenisei players. According to clause 2.5 of Article 2 of the Sanitary Regulations of Olympus-FNL 2020-2021, a set of measures set out in the sanitary and epidemiological rules of SP 3.1.3597-20 “Prevention of a new coronavirus infection” is being carried out in relation to these players.

Thus, at the moment, the Krasnoyarsk club has the circumstances provided for by paragraph 6.6 of Article 6 of the Sanitary Regulations of the FNL Olympics (the number of healthy football players is less than 7 players or the team refuses to play the match, or cannot play the match for reasons related to the illness of football players, coaches, team personnel in accordance with the requirement of the Rospotrebnadzor authorities), which makes it impossible to hold the above match on September 19 or at another time. The decision on the fate of this meeting will be made by the FTC RFU ”.

In the RPL so far, everything is not at all so simple.