Since Law No. 99-5 of January 6, 1999, any dog ​​over four months old must be identified, which means that each dog must have a registration number, which will declare the dog as belonging to you, and which will be registered by the SCC (the Central Canine Society). You will then be given an identification card, which will serve as an identity card for your companion.

There are two ways to identify a dog: the tattoo, little used today, but it is still possible to go through this process, and the electronic identification chip, much more widespread. We will detail the two methods later. 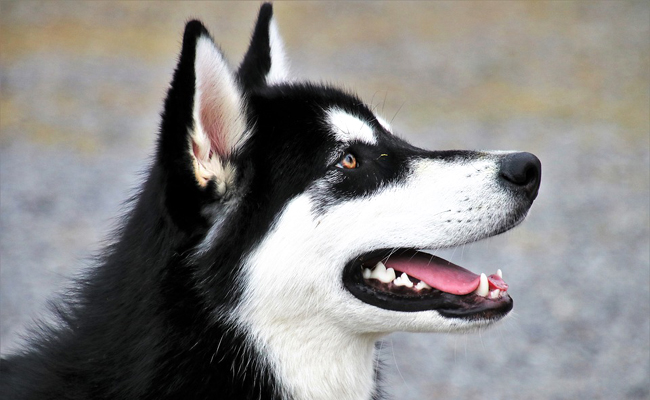 Why identify my dog?

Identification can be used for a variety of purposes, primarily to identify a dog, of course, but can also be used in the event of loss or theft. If your dog has fled, and he is found by pound services, or by an individual who brought him to a veterinarian, the first instinct will be to verify the identification of the dog, to find the owner and be able to contact him.

Identification is also used to link the identity of a handler to his dog and the information related to it (address, telephone number). For example, if the dog is stolen, which is then found in the thief’s garden, your ID card will serve as irrefutable proof that you are the owner of the dog.

Likewise for a divorce, the dog will legally revert to the person to whom it is linked on the identification card, who will be considered to be the legal owner.

In the event of transfer of a dog, an update of its identification card must be made. To do this, you will have to go to a veterinarian so that he can register the change in the dog’s status, and send the new data to the Société Centrale Canine.

Likewise for a move, an update must be made by contacting the SCC to transmit the new information.

Tattooing is the oldest method of dog identification. However, before this was the dermograph tattoo as we know it, which uses the same method as a human tattoo, tattooing was done in a much more barbaric fashion.

Indeed, it was called the clip tattoo. It consisted of placing iron letters with spikes on pliers. Then we put the pliers around the dog’s ear, and we squeezed very hard. And it was done without anesthesia. The identification is often made at the first veterinary visit, needless to say that this very painful practice for the dog, often traumatized the veterinarian for life. This practice is unfortunately still legal, but fortunately it is hardly used any more by the veterinarians who, themselves in a large majority, denounce this practice unnecessarily cruel in our time.

The dermograph tattoo, practiced nowadays, is much less painful but still practiced under general anesthesia. Where a human will be prepared for the pain of a tattoo, a dog will not be, too restless under the influence of pain, for a job that requires precision. The tattoo is often placed in the right ear, but it can also be placed in the left ear or on the inner thighs.

The primary advantage of tattooing is of course its immediate readability. We can directly see, by lifting the ear of a lost dog, if it is identified and therefore take him to a veterinarian to find his master.

However, there are many flaws in the tattoo: it becomes less and less visible over time, being able to go until completely erased, and above all, since July 3, 2011, the microchip is mandatory to travel in the European Union.

The electronic chip (also called a transponder), is a small chip, a little bigger than a grain of rice, which is implanted using a syringe at first sight impressive, with its large needle. The operation is usually done without anesthesia (except for dogs that are too sensitive or too aggressive, which could hurt themselves by moving at the wrong time), and the chip is placed in the left jugular groove, therefore in the middle of the left neckline. In some countries, it can be placed between the shoulder blades.

The chip is scanned before being injected, to check that we are not going to chip the dog with a number already assigned.

The injection is not very painful for the dog, who will not suffer any consequences apart from perhaps a little fatigue when returning from the vet.

This chip will allow any authorized person (police, veterinarian, pound, etc.) to carry out an identification check of the dog if necessary, via a chip reader.

The identification of a chip will not be the same as that of a tattoo. It will be a series of 15 numbers, divided into 4 segments, which will each have their meaning:

The chip offers more advantages than the tattoo

The identification by the chip is today the only way to make your dog travel in the European Union: it does not fade and its installation is much simpler than to make a tattoo, much less painful, and does not require anesthesia.

Even if the two ways of doing things still exist, the microchip will be much more recommended.

Identifying your dog is mandatory, you will have to go through it. It’s up to you to choose which method you prefer to use, carefully weigh all the advantages and disadvantages before making your choice, it would be a shame to make your life complicated for an identification story.