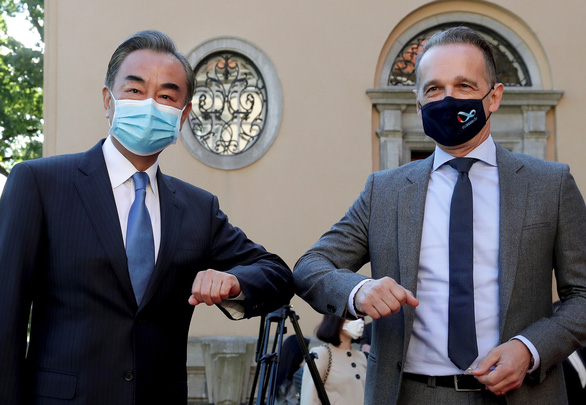 Foreign Minister Maas’s tough line is no surprise. But nonetheless this is a new hit for Berlin.

According to observers, the announcement of Germany at this time is a well-calculated choice. Germany just took the rotating presidency of the European Union (EU) from July 1, so it will push the bloc to follow its policy more smoothly.

According to The Diplomat, the German strategy called “Orientation for the Indo-Pacific” (40 pages long), makes Germany the second country in Europe (after France) through. this policy.

The German government believes that in the 21st century, economic and political forces are increasingly shifting to the Indo-Pacific region, where the three largest economies in the world are the US, China and Japan. Ban, and there are up to 20/33 megacities in the world. Asia is currently Germany’s largest export market outside of Europe.

Thus, through its strategy, Germany wants to shape policies that highlight interests, principles and initiatives in key areas of action as well as make proposals to partners in the region.

Berlin’s policy is to diversify relations in all aspects; promote relations with ASEAN countries, Australia and India through the signing of additional free trade agreements (FTAs).

The aim of this orientation is to develop a strategic framework with a variety of political solutions to the region and to form connection points to strengthen cooperation, including in security policy, with partners in the Indian Ocean.

In addition, Germany also wants to take its orientation as the foundation for the European Union’s (EU) common strategy for the Indo-Pacific region. In the coming time, Germany will cooperate with EU partners, especially France, to build a common strategy of the bloc.

German Foreign Minister Heiko Maas affirmed that the Indo-Pacific is a priority in Germany’s foreign policy.

With the adoption of the orientation, the German Government wishes to strengthen relations with this important region in many areas, including climate change, rules-based free trade, digitization and especially security.

Stability in the Indo-Pacific is also economically important to Germany, the head of German diplomacy said.

As a country with international trade accounting for a large proportion of the total economy, Germany’s prosperity depends directly on free trade and freedom of navigation largely passing through the Indo-Pacific.

Speaking on the occasion, Mr. Maas also affirmed that Germany is concerned about the arms race in the Indo-Pacific region as well as about potential conflicts that, if broken out, will cause global upheavals. Germany wants to shape an order based on rules and international cooperation, rather than “rules of the strong”.

In addition, Berlin also wants to reinforce the idea of ​​a multipolar world, in which no nation has to choose between powerful poles.

That is understood in the sense that Germany wants to work with Europe to show the difference with America and not bored with China.

The timing of Mr. Maas’s announcement (September 2) was exactly the day after Chinese Foreign Minister Wang Yi’s visit to Berlin. At this point, the two sides also had a bit of a push when Beijing threatened the Czech Republic to “pay a heavy price” if the delegation continued to visit Taiwan.

“In the EU, we have the same conduct with international partners and with respect. Threats do not enter here” – Foreign Minister Heiko Maas at that time defended almost immediately before threats from Beijing to EU members Czech.