European champion Alena Kostornaya – the main newsmaker of the first day of test rentals. After a short program, she first admitted to Channel One that she had grown by 3 cm, of which 1.5 cm – in the last month.

And then Alena gave a powerful speech in the mixed zone. The most important is the story of why she switched from Eteri Tutberidze to Evgeni Plushenko. 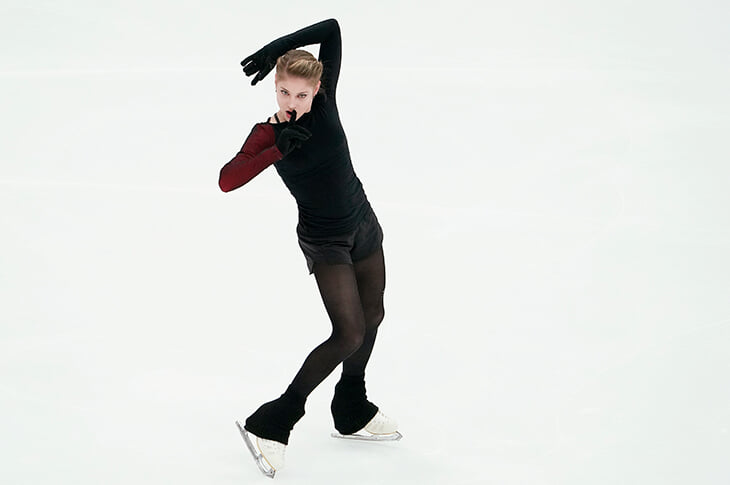 – Today was exciting. I replayed this moment in my head many times, I was already shaken, but then everything came to naught. I just went out and felt both the ice and the hall. Everything vanished as if by hand.

– Were you afraid of the first exit after a long pause, the reaction of the public?

– Not that it was scary, it was just that there was a lot that was uncomfortable, everything was new, everything was different. And we have never worked in a competition with Evgeny Viktorovich (Plushenko – Sports.ru), it was unusual. I got used to tune in a little differently, but here they come up right away: do this and that, everything is calm. And I got used to myself more when no one touches.

Each coach has his own approach: Eteri Georgievna (Tutberidze – Sports.ru) has his own, Evgeny Viktorovich is radically different. The new team is calmer. I trained for a month, we seemed to be doing everything the same: the same skates, the same jumps, the same training. Maybe somewhere even stronger OFP turned out.

But even if something didn’t work out on the ice even after general physical training, no one drove, didn’t shout, didn’t swear. They said: let’s leave then, next time we’ll do it, and now we’ll work on other things that are also important. For example, if at the morning workout I feel that I cannot skate the program, we will go to make mock-ups – nothing like that, without jumps – it seems like some kind of freebie. In fact, it helps a lot to develop endurance.

– Does it seriously interfere with being in the midst of the uneasiness that befell figure skating this offseason?

– Immediately after I called Eteri Georgievna, and she posted a post on Instagram, there were a lot of calls. I just said that I would not comment and that was all. It is clear that no one forbade me from social networks. I believe that if a person left, then there were reasons for this, no one just leaves, they do not look for good from good.

But all these posts on Instagram are a shame, throwing replies to each other, responding on Instagram … If you want to sort things out, it’s just so itching to do it, it’s better to meet eye to eye and express everything. But I cannot discuss anyone. 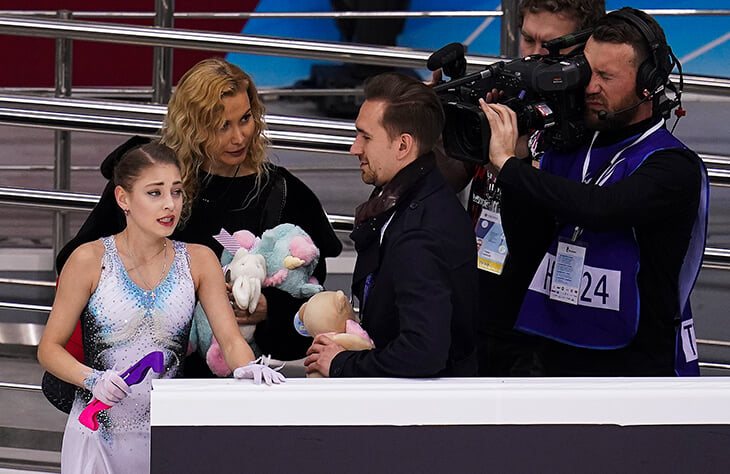 – Were there any lists of non grata that Eteri Georgievna wrote about?

– Not that … I think that such athletes as me, Anya (Shcherbakova) and even Kamila (Valieva) cannot skate with children born in 2010. Even if they can, they need to explain: girls are adults, they will not indulge. If you stop them, they will jump at you or yell at you. When I was little, I used to ride on the sides, they told me: if you interfere with someone, you will quickly leave.

There was such a moment that I told the coaches – there are already 8 of us. A crazy pace of training, and it is wrong to take out more children. It so happened that we had 4 people leaving at the same time, they seemed to do everything, as always, but they got in the way, and it annoyed me.

– Yes, I said: let’s do it differently, please. So inconvenient and impossible. But no reaction. They didn’t meet me halfway.

– When did you make your decision?

– July 17 – before going to the second training session. The relationship, the connection was already lost. I called Sergei Alexandrovich (Rozanov is a coach in Plushenko’s group – Sports.ru): is this a situation, is there a possibility? He: wait a couple of days, let’s think, this is your decision, it is unexpected, you have been working in Eteri Georgievna’s team for so many years, you have achieved results. I am actually very grateful to the previous headquarters. A couple of days later there was a second call: I said that I had thought and decided everything. And we began to organize everything on the sly from that moment. 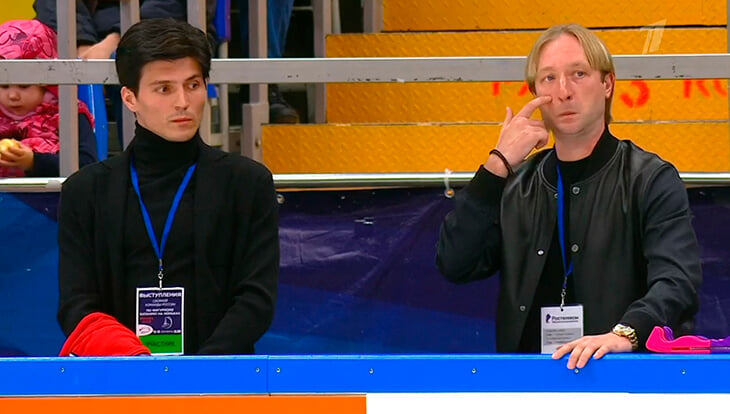 – You have already delivered two programs by this time. Free – to music by Billie Eilish.

– Yes, both short and free. The short one was staged in the winter, the free one a little later. I liked the free program, not all the places, but the music suited me. I didn’t like the short one at all, I talked about it – and I said it more than once. They answered me: go for a ride, we’ll see after the test runs. But I really didn’t like it, I didn’t feel the music. I don’t like to ride that.

– Before that, did you take part in the selection of programs?

– Well, my opinion was taken into account, but not always. If I expressed my opinion, I was told “yes” or “no”. And a lot was said no.