With a red and such a fail, Chelsea lost to Liverpool.

Chelsea lasted an entire half against Liverpool, and after the break, immediately started two. The removal of Christensen, of course, was a big hindrance (by the way, the first red Londoners since February 2018), but the next arrival of Kepa is much more painful.

Liverpool were already leading 1-0, at which point Chelsea had to fight and flip, but in the simplest situation, when substitute Fikayo Tomori rolled the Spanish goalkeeper, something happened. 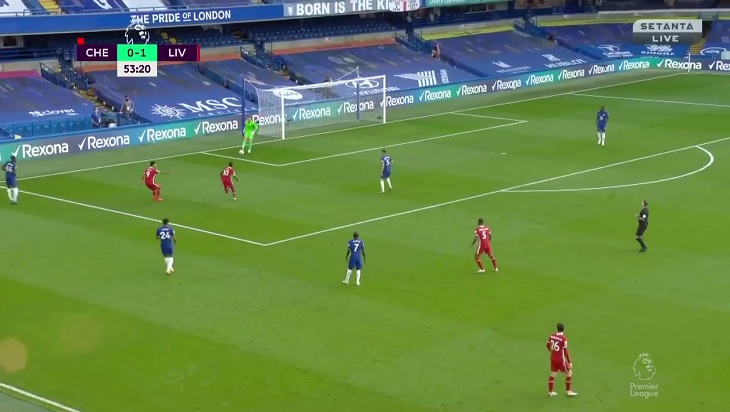 The keeper stopped, looked at Jorginho – and gave the pass to Manet, who jumped onto the line in time. Pay attention to the players in blue T-shirts – Kepa had options as to which of his partners to give: you can go further to Zuma, you can throw it on the right flank. 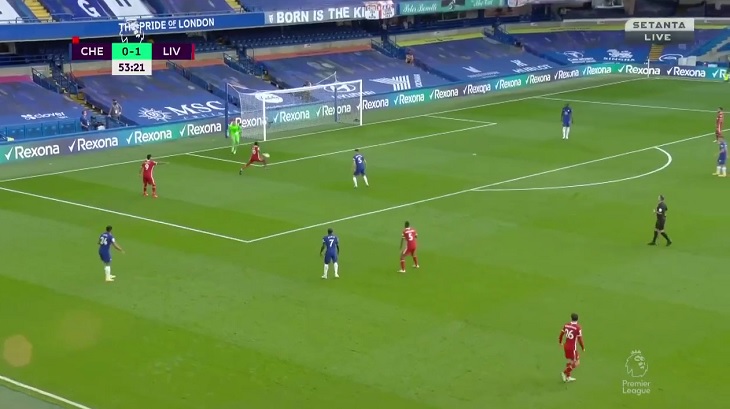 But – right on the leg of Sadio, who managed to process and put into the hollows.

“When he received the ball, I knew that it would be difficult for him to come up with any other option [кроме паса по центру], – explained Manet after the game. “Unfortunately for him, he made a mistake and I scored the second goal.”

Lampard did not spare the goalkeeper:

“A serious mistake, a clear mistake. If you think about it, then without the red and with the realized penalty, the score would have been 1: 1. My job as a coach is to give Kepa confidence. It was a clear mistake and Kepa accepts it. ”

The goalkeeper is Chelsea’s weakest point last season. Lampard’s side have conceded 54 goals, more than any top-10 team. At the same time, Chelsea are fifth in xGA (expected conceded goals) – 41.09. That is, 13 goals were scored from unobvious moments. Kepa is the worst in terms of the difference between expected and conceded goals in the Premier League: according to various metrics, he is considered 9-11 extra goals.

In the January match against Arsenal, Kepa conceded two goals after two shots on goal and sat on the bench for a month.

“I believe Kepa is aware of the problem. He made a number of mistakes that led to goals and cost the team points, so he needs to work and improve, ”explained Frank.

The Spaniard returned, at the end of the season he again dropped out of the start – but in the new one he was again at the start. In stock Caballero, no one new was taken even with a large-scale purchase.

After the first round against Brighton (3: 1) Lampard praised the goalkeeper: “I’m happy with Kepa. I saw that he was confident in himself. He is here, this is our goalkeeper, and I am pleased with his work. “

It seems that Frank was simply reassuring the footballer: Fabrizio Romano writes that Chelsea almost reached an agreement with Rennes – Edouard Mendy will soon move to England for 20 + 5 million euros. Although Kepa is not going to give up: according to The Telegraph, the Spaniard does not want to leave Chelsea and is ready to fight.

True, after such deliveries, it is hard to believe in it – especially against the background of Alisson’s outstanding save: in the middle of the second half, the Brazilian deflected Jorginho’s penalty. 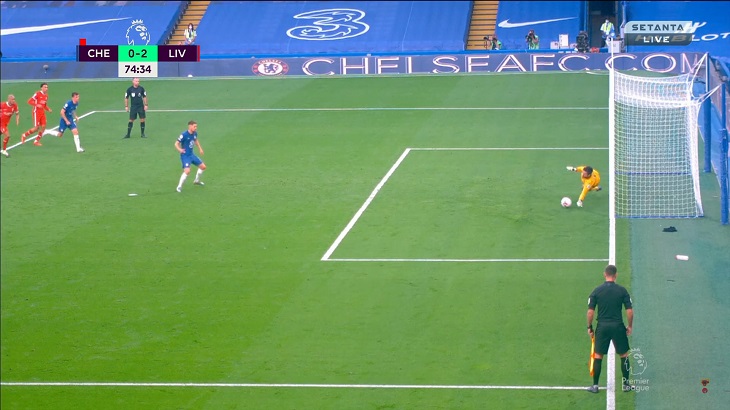 Of course, Liverpool brought them to victory without any problems.

• We are not surprised at Kepa’s mistakes, but rather rejoice for Alisson: he took the first penalty for Liverpool. And Jorginho missed the penalty spot for the first time in Chelsea.

• Thiago made a great debut: he entered the second half at 0-0, scored two goals, and the newcomer immediately captured midfield. In the second half, he made 75 assists – more than any Chelsea player in the entire game. True, Thiago also violated on the same penalty – but the top goalkeeper insures in such situations.

• This is Liverpool’s fourth consecutive Premier League win against Chelsea: Londoners have not won since May 2018, drawn four times since, and no points since.

Liverpool’s victory over Chelsea was much easier and more relaxed than the first round with Leeds. I wonder which of the rivals will actually compete in the championship race?