Passionate hunter, excellent guard dog and affectionate pet, the Polish Brachet is a versatile dog that adapts to the lifestyle that you can offer it. It is a persevering, faithful and vigilant animal on whom you can count in all circumstances.

Characteristics of the Polish Brachet

The Brachet Polonais captures the attention with its massive, powerful and compact physique, revealing harmony in its proportions. His body is a symbol of speed, endurance and strength. Medium in size, the dog measures between 55 and 65 cm and weighs between 20 and 32 kg depending on its age and gender. It is part of the hounds category with working trial in the standard. The Polish Brachet is distinguished by its relatively heavy, chiseled head, which fits into a rectangle. The stop is accentuated, the forehead is wrinkled and the eyebrow arches are also marked. The dog wears a large black nose and strong jaws. If her body is synonymous with strength, her gaze expresses tranquility and gentleness. Its eyes are dark brown in color and almond shaped. The ears are set low, hanging down and rounded at the ends. The Polish Brachet has a short, smooth coat which is dark gray or black except on the limbs, thighs, ears and on the head where the coat is tan. 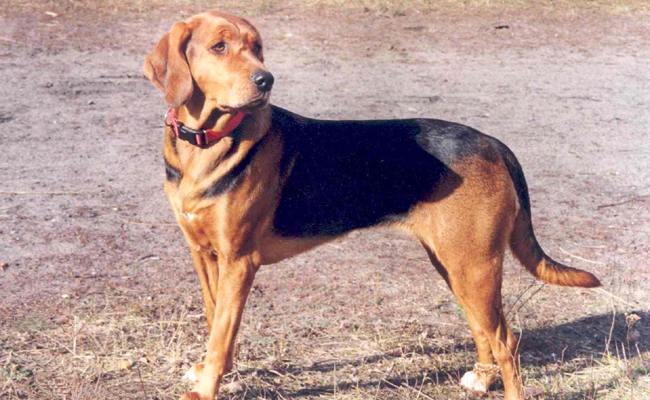 History of the Polish Brachet breed

It is not very well known and yet the Polish Brachet is a particularly old breed. Indeed, mention is made of its existence since the 13th century. Originally from Poland as its title announces, it was one of the favorite breeds of the nobility for hunting. It will be used in particular to track big game. According to legend, this breed was born from a cross between local dogs and the Chien de Saint-Hubert. It benefited from the official recognition of the FCI in 1965. However, the Polish Brachet is almost unknown outside the Polish regions.

Necessary living conditions and behavior of the Polish Brachet

This dog has many qualities. He is determined, enduring and develops an exceptional flair. It is also a dog full of passion and vigor in hunting activities. For all these reasons, it is unanimous among hunters. In addition, it can work in harsh environments and over long distances. At home, the Polish Brachet turns out to be an exemplary companion. He is loyal, affectionate, docile and has a balanced temperament. He never shows aggression even if he is naturally suspicious of strangers. Thanks to his powerful voice, he will know how to give the alert. Given its origins as a purebred dog, the Polish Brachet will not be able to evolve in small apartments in town. It is an animal that needs large spaces to frolic.

Diet and main health problems of the Polish Brachet

The Polish Brachet is a robust dog that is not predisposed to any hereditary disease. It is a resistant and solid animal. To guarantee his good health, he will nevertheless need a balanced diet.

Price of a Polish Brachet dog or puppy