The Briard or Berger de Brie is a big teddy bear with a long, thick coat, a model of courage and obedience. If it has been used for many generations as a herding, guard or even defense dog, today it is one of the best companion dogs to have in a family.

The Berger de Brie immediately stands out for its long, supple fur reminiscent of a goat’s and which gives it all its presence. Moreover, it must be the subject of a very specific care. To avoid tangles, his bristles should be brushed every day. On the other hand, frequent washing should be avoided especially if the dog is presented to competitions. Juries tend to appreciate the rustic look of her coat. Even the beard, mustache and eyebrows of the animal are well provided. The dense strands that hide her eyes, meanwhile, give her a mysterious look. The coat can be fawn, black, gray, charred fawn or blue. The Berger de Brie has a robust body marked by a harmonious musculature. He has large eyes, wide nostrils and a black nose. 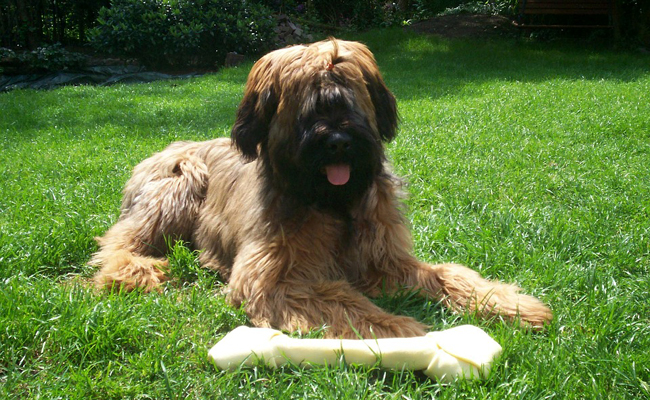 The origins of Berger de Brie are rather vague. Experts have so far not succeeded in identifying his ancestors. However, it is believed that this breed was the result of a cross between Beauceron and Barbet, two animals of French origin. The Berger de Brie was ignored for very long periods until 1863 when it was presented for the first time in a Parisian dog show. Previously, he would have been assigned to protection or herding missions. Today, he remains the ally of shepherds and also evolves with families as a pet. 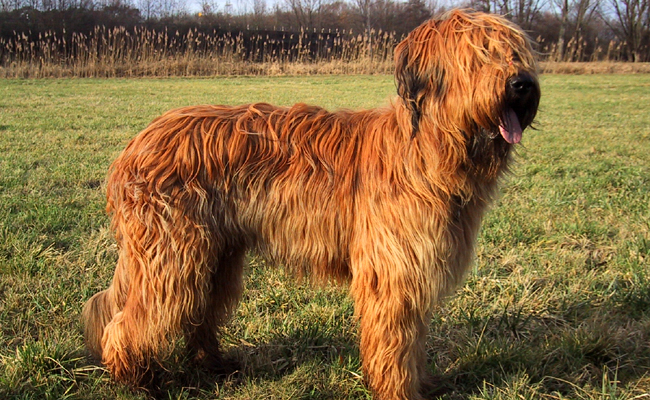 Necessary living conditions and behavior of the Briard

Even if used in defense and guarding, the Berger de Brie remains a harmless animal. He is quiet, affectionate and cheerful. In addition to being endowed with a balanced character, he is protective and loyal to his masters whom he will love above all. Moreover, to protect his family, he may be suspicious of strangers. A temperament that will have to be worked on from an early age to better develop your sociability. This dog doesn’t appreciate being alone and being locked in the house all day. He needs activities because he is an athletic dog. It is better to give it a spacious environment with a garden.

Diet and main health problems of the Berger de Brie

The Berger de Brie can be a victim of certain pathologies, starting with night blindness affecting 5% of dogs of this breed. He may also have problems with torsion or dilation of the stomach. Finally, it is prudent to watch for hip dysplasia issues which typically affect large dogs.

For his health, the Berger de Brie should enjoy a healthy and balanced diet. This is not a problem if he eats several times a day as long as the meals remain light.

Price of a Berger de Brie dog or puppy