Dog 100% Made in France, the French tricolor is illustrated as a hound in charge of tracking injured game with his exceptional flair. By his cheerful character and his consistency, he can also become a pet provided he has experience in dog training. 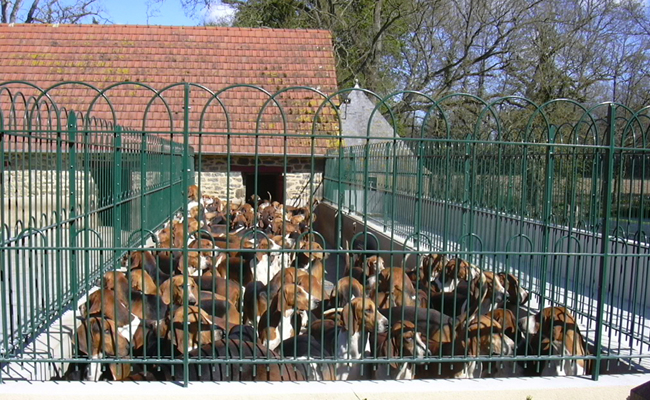 Characteristics of the French tricolor

We hear very little about him, even in France. And yet, the French tricolor has all the cards in hand to break into the canine world. Starting with his elegant, muscular, and well-built physique. Measuring between 60 and 70 cm and weighing around 30 kg depending on age and sex, this hunting dog is distinguished by its large size. He has a well set and supported back, a slightly tucked up abdomen, a well let down and deep chest and a tail carried high, long, and elegant. The dog is recognizable by its elongated head with a slightly convex skull and a slightly marked stop. The black nose is black while the muzzle is long and straight. He wears large brown eyes, haloed in a dark color, and expressing intelligence. The ears attached at the level of the line of the eyes are large and more or less flexible. The French tricolor wears a short, tapered, and fine coat. The standard tolerates tan, white, and black tricolor dresses.

History of the French tricolor breed

Although he is of French origin, not much is known about his history. It is known to appear during the 1950s, which is why it is considered a recent breed. The French tricolor is the result of crossing with many other breeds such as the Bleu de Gascogne, the Billy as well as the Poitevin. Moreover, it has several physical similarities with the latter. The officialization of the breed dates from 1965 with the FCI (Fédération Cynologique Internationale). Note that outside of France, the French tricolor is almost unknown. It is even quite difficult to find farms in the country.

Necessary living conditions and behavior of the French tricolor

The French tricolor shines in the hunting of big game such as deer. It is an animal full of recklessness, endowed with a developed flair, with a lot of endurance and a touch of pride. At home, they are devoted, calm, and affectionate pets to their owners. However, the latter must know about dog training to avoid overwhelming dog behaviors. They must also be sporty and active, because the only rule for the French tricolor to flourish is to offer him the maximum of sports activities. In addition, it is advisable to properly fence the house before welcoming him, as he may run away when his hunting instincts take over.

Diet and main health problems of the French tricolor

The French tricolor is a robust animal by nature although it can sometimes be affected by joint problems or ear infections. It needs a rich and healthy diet which must match its energy expenditure even more so if it is used for hunting.

Price of a French tricolor dog or puppy