There are very small dogs or miniature dogs that are usually a hit with canine lovers. Sometimes the dwarf dog is called a toy dog. We also talk about type toy to designate more broadly all the breeds of small dogs. Let’s discover without delay the most famous dogs in this category and see what are their main specificities as well as the precautions to be taken when owning a dwarf breed dog, so as not to endanger his health.

Before welcoming a dwarf dog or toy dog ​​into your home, it can be useful to learn about its character and needs to ensure that you can meet its daily needs perfectly. Because even if they are tiny, these dogs can sometimes take up a lot of space, especially when they have a strong personality!

The Dachshund is originally from Germany. Tiny, the wire-haired dwarf dachshund has a height at the withers of 12 to 15 cm for a weight of 4 to 5 kg. It is a toy dog ​​with short legs and a long, very muscular body. He has a sweet little head with his goatee and thick bushy eyebrows.

It has a strong character. We must therefore take the precaution of educating him gently, using great patience, from an early age to hope to obtain a satisfactory result. Quite distant with strangers, he is very close to his master but it is not the ideal companion for children. He may also have difficulty familiarizing himself with other pets, even if they are his congeners.

He is endowed with a spirit of hunter, which sometimes pushes him to venture far beyond the property lines. The risk of losing it is quite high, because given its small size, it easily sneaks under a gate or fence.

In terms of health, its great fragility is located at the level of the rachis because the dwarf wire-haired Dachshund is quite customary herniated discs. However, it must be allowed to exercise every day for 30 to 45 minutes. In addition, dogs of this breed are frequently affected by eye diseases hereditary which they can obviously pass on to their descendants. Finally, this energy-intensive dog because it is very active must eat several small portions of food per day rather than in a single intake in order to avoid digestion problems. 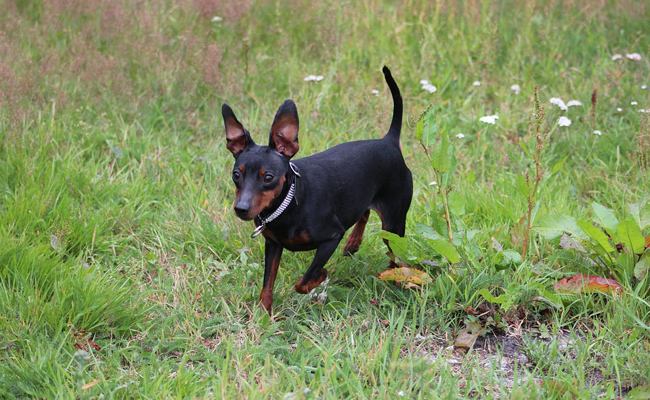 Native to Germany, more specifically Württemberg and Bavaria, the Miniature Pinscher is a short, thick, smooth and shiny dog. Its height at the withers is between 25 and 30 cm in adulthood and its weight does not exceed 6 kg.

Very faithful, it is considered to be the ideal companion. This is why it is very popular with people looking for a dwarf dog. He enjoys apartment life as long as he can take a little walk or two every day.

He enjoys family life and gets along very well with children and accepts the presence of people he does not know quite well. He is moderately sociable with dogs and other animals. Intelligent, loyal, he loves that we spend time playing with him. He is energetic but knows how to stay calm when necessary as long as he has been educated at a young age. It is also necessary to teach him not to bark unnecessarily because he likes to give voice.

Although this dwarf dog is enough robust, it is important that his master take the necessary steps to take him out in the frost because he is sensitive to low temperatures and humidity. Finally, regular monitoring by a veterinarian is essential because the Miniature Pinscher is more exposed than other small dogs to corneal dystrophy, certain skin conditions and aseptic necrosis of the femoral head. 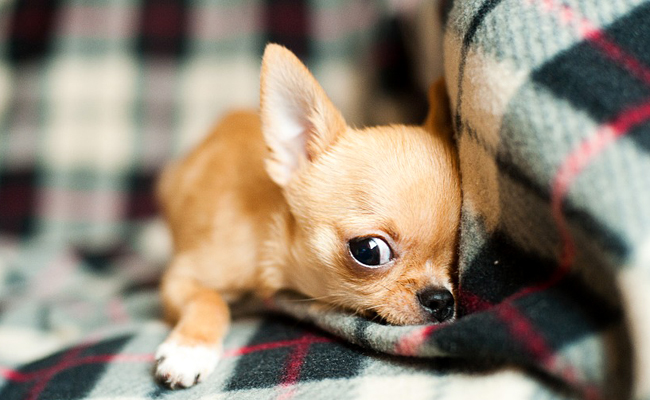 Renowned for being among the smallest dogs in the world, the Chihuahua weighs between 1 and 3 kg in adulthood and reaches at most a height of 16 to 20 cm at the withers depending on the individual. This four-legged Lilliputian, native to Mexico, can be short-haired or long-haired.

Affectionate, he likes to be cuddled and carried all the time. However, he sometimes appreciates being able to enjoy a certain independence. he easily cohabits with children but is a little suspicious of people outside of his foster home. He is a dwarf dog who can deploy a good dose of energy and who is very courageous. If he is recognized for his intelligence, it is equally renowned for its low level of obedience.

Arrangements must be made with the Chihuahua who fears the heat and even more the cold, and which is quite customary to eye irritations. That aside, under a frail appearance proves to be a hardy animal far from having fragile health. He can therefore easily reach the age of 20. Better sterilize the female because parturition (giving birth) is quite problematic in this breed of small dogs. 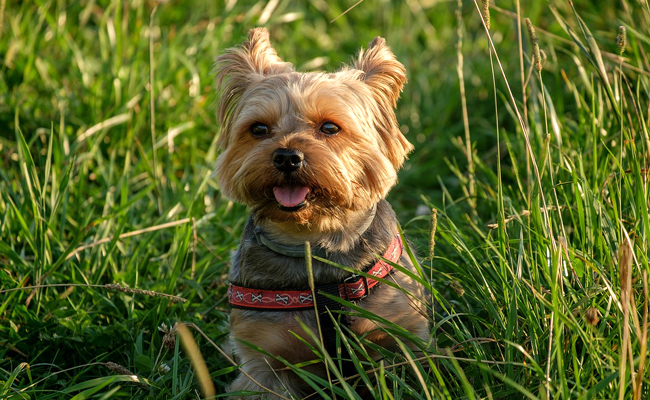 This dwarf dog, originally from Great Britain, has a fine, moderately long coat with a silky touch, tawny and dark steel blue. The Yorkshire terrier measures at most 25 cm at the withers for a maximum weight of 3 kg.

A nothing exuberant and stubborn, he shows a courage foolproof. No wonder it was originally bred to hunt pests such as rats. This little ball of nerves has a strong personality. But the Yorkshire terrier is very affectionate with his master and proves to be an excellent companion. He is also a good guardian who does not hesitate to bark to sound the alarm.

Not always very obedient, he is however clever. He can therefore understand very early on, if his master educates him from an early age, that he should not bark at all costs. In any case, it is a precaution to be taken to preserve the tranquility of the neighbors, especially as Yorkshire can live in an apartment because it suits him perfectly.

When it comes to his health, this dwarf dog is predisposed to dental problems from the age of 4 and because of his bone fragility, joint pathologies. Like many breeds of dwarf dogs, they tend to gain weight easily. 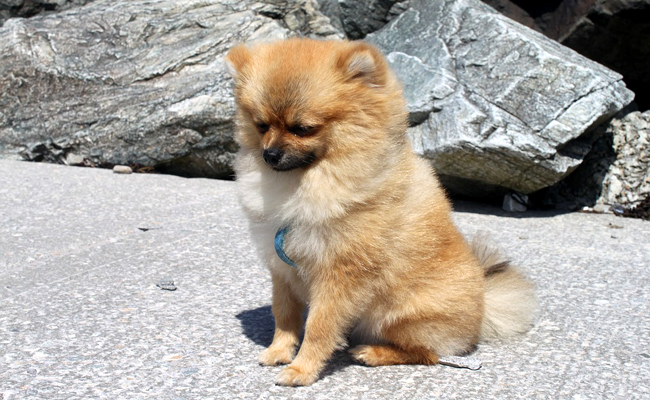 Also called Pomeranian, this adorable little dog with nice thick and long fur and a silky undercoat is from Germany. The Spitz breed has been recognized since 1957 by the Fédération Cynologique Internationale (FCI), but it is the oldest dwarf breed in Central Europe.

Affectionate the Dwarf Spitz shows great attachment to its master and gets along well with children. Extremely lively, it does no aggressiveness even towards people foreign to his environment to whom he simply shows a certain reserve. He may be small, but he knows how to stand guard and alert his master in case of need.

Male and female measure 38 cm at the withers and their weight does not exceed 20 kg in adulthood. They easily withstand extreme cold but fear high temperatures. Care must be taken to give them a balanced diet without excess because they tend tooverweight.