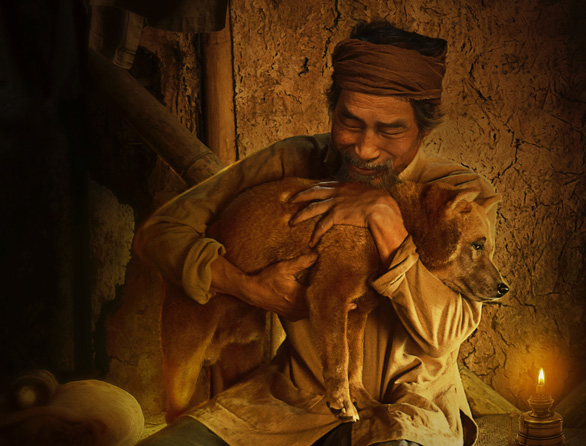 Old Crane and the dog in the movie Mr. Vang – Photo: CPC

“Old Crane is struggling in bed, his hair is drooping, his clothes are ragged, his eyes are loose, his eyes are wide open. Two muscular men had to sit on top of the old man. He struggled for up to two hours before he died. Death was so intense … Old Crane! “.

The passage about old Hac’s death is typical of Nam Cao literature: “cold lyrical,” poignant, full of character and full of reality as if human flesh and blood appear.

When placed next to that sharpness, Mr. Yellow – stories adapted from Nam Cao’s works – just a blurred, sketchy illustration. 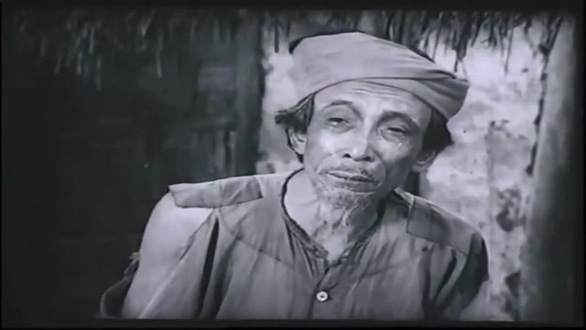 When the movie is associated with famous works

Not only briefly depicting the painful death of old Hac (artist Viet Lien), even the death of Binh Tu (Phuong Nam) is also sketched through the film with the image of red blood spreading on the river surface, very wish rate and lack of directness.

The film avoids almost all tragic images that are heavy enough to haunt and hurt the audience about the fate of people in misery, about an era of poverty in Vietnamese history.

“We do not re-enact the poor life before 1945, but aim to a work on the law of cause and effect, a lesson in human behavior.”

But with the second goal, the movie also failed to achieve. Or this is the wrong goal because when the film is associated with a great original, the audience has the right to expect it. 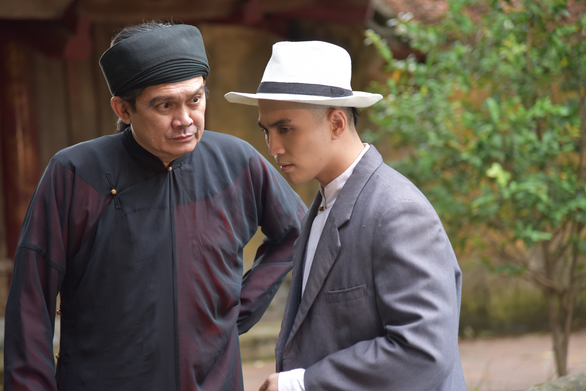 Adapted from three works by Nam Cao but Vu Dai village that day of the director – People’s Artist Pham Van Khoa has better conveyed the value of the original work. And with the conditions of rudimentary filmmaking at that time, the film still carefully and meticulously depicts the characters and expensive details, the acting is real and into the human heart, exuding the original spirit.

If filmmaker Mr. Yellow not aiming to convey the actual value or ideology of Nam Cao, proactively erasing the historical context (French colonial period) of the original, to ask the question: Why should we take famous works, Is the typical character system attached to the name Nam Cao without creating the storyline or other character system?

In addition to the Golden dog, 12 characters are built in the storyline, tearing the scene apart and losing focus. Ba Kien’s wife Ba Kien (Bang Di) – whose personal life is full of tragedy, made the rich and joined the “battle” story – almost being pushed up as the main character in the same land.

Meanwhile, old Crane – who should be the main character – is absent for nearly half of the time.

Considering the development of personality and a legitimate outcome, Ms. Ba and Ly Cuong (Will) both take the appearance of the main character. This is a big change for the movie but not so good, since neither of these characters is so special. 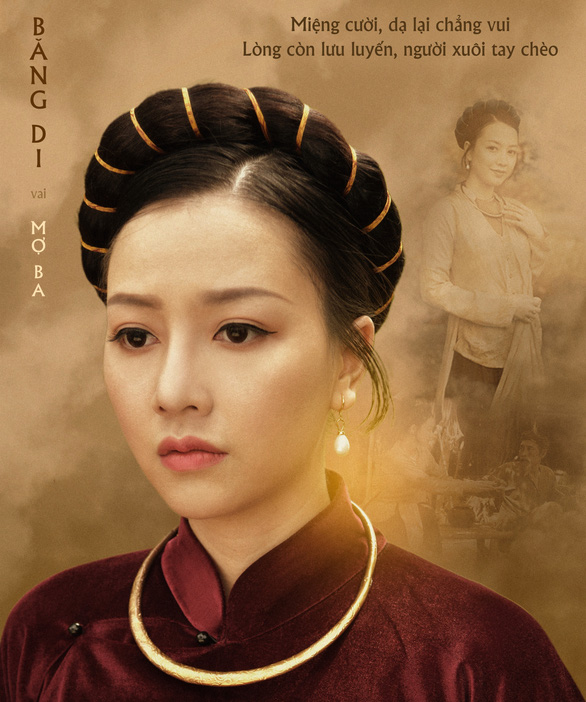 Ms. Ba Ba Kien (played by Bang Di) as being pushed up to be the main role in the movie – Photo: CPC

And Mr. Vang – the movie’s title character, supposed to have seen every human tragedy in that world – reappeared through an illustrative editing style.

It would be a mistake for the filmmaker to think that the idea could be expressed by interwoven a scene with Vang, one with a human. It is not from the dog’s perspective, it is still human, here is the filmmaker.

The involvement of Mr. Vang in the stories outside of old Hac is still very little, making the cause-and-effect structure of which Mr. Vang is the main factor becomes forced.

Obviously, film adaptations like Mr. Yellow It is not necessary to be loyal to the original literature or to keep the character image, but exuding the spirit of the original work is what the audience wants and is also what the filmmaker is aiming for.

Ultimately, Mr. Yellow inseparable from the original is the realistic works of Nam Cao: Old Hac, Chi Pheo, Long life… The stronger and stronger the root is, the more fading and sick the movie’s tops are. 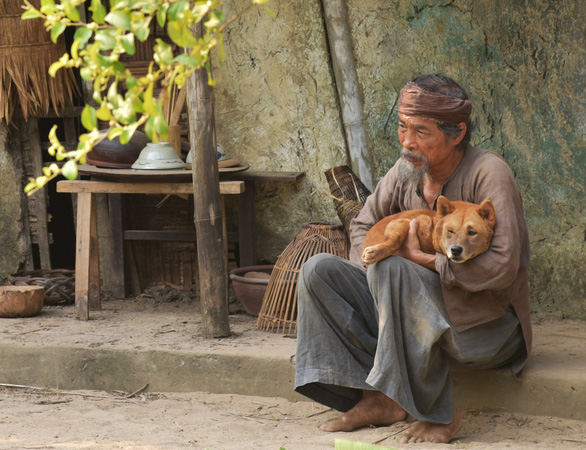 Lao Hac (played by Viet Lien) and the dog in the movie Ong Vang – Photo: CPC

The meager advantage of the film is probably the acting of artist Viet Lien in the role of old Hac and the dog as Vang. Against the backdrop of the gloomy twilight of the old Crane’s house, the people and dogs who leaned together were quite touching (though the lines were forced).

Artist Viet Lien makes viewers believe in old Hac’s feelings for Mr. Vang – “friend” with him through his painful and painful days at the end of his life. The dog’s glittering eyes in many scenes make the viewer believe that he loves the poor owner.

Unfortunately, Viet Lien does not have the opportunity to show much. The passing of old Hac is too quick and gently deprives the audience of the feeling of obsession, pain and torment.

And playing the role of Ba Kien, NSUT Huu Chau would have had a more impressive evil character transformation if the film clearly depicts the sinfulness and cruelty of this typical “evil mighty”.