Known for the beauty of its immense black fur as well as its loyalty and strength, the Newfoundland also demonstrates important aquatic skills, which is why it is often chosen as a rescue dog. Beneath his big teddy bear appearances, he possesses a gentle and friendly character, a perfect trait to be a children’s pet. 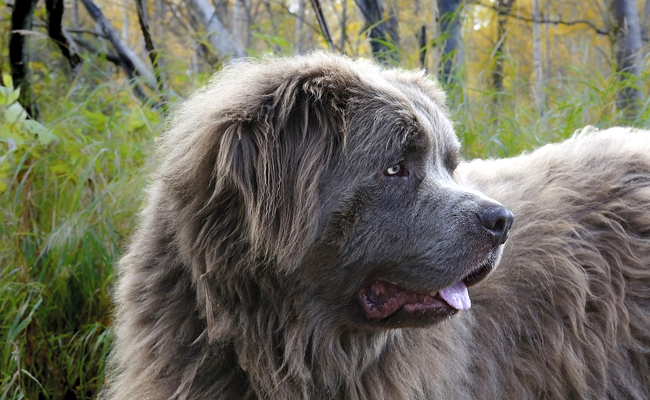 Strength and nobility, these are the qualifiers often used to describe a Newfoundland. Indeed, it presents an impressive morphology, drawn by a muscular, powerful and harmonious body. Females can weigh between 50 and 60 kg for an average height of 66 cm while males are around 71 cm for a maximum weight of 70 kg. The dog has a wide and deep chest connected to a straight and broad back as well.

Its head is massive with a short muzzle, wide and small eyes, usually brown in color. Its ears are rather triangular and small. The Newfoundland has a long, flat coat that is distinguished by its luster and high density. In general, their coat is black, but it is not uncommon to meet white and black Newfoundland and brown. Another characteristic feature of this animal is its slightly webbed feet which allow it to develop exceptional aquatic skills. 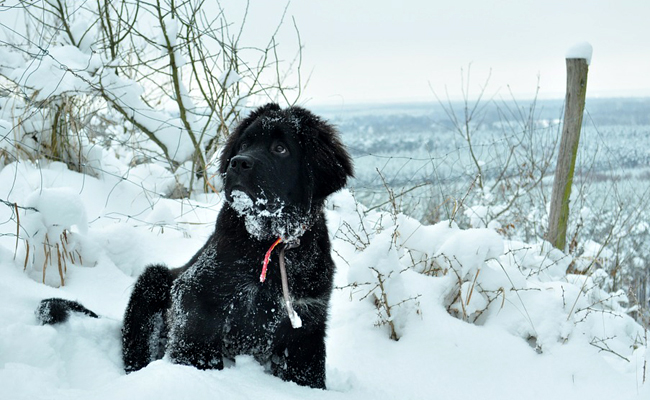 History of the Newfoundland breed

Even today, there are many debates around the origins of Newfoundland, which remain rather unclear. According to legend, he is a descendant of native dogs living in Canada, on the island of Newfoundland. It would also be from bear hunting dogs accompanying the Vikings around the year 1000 on their journeys.

Today, the breed is improved thanks to the arrival of European fishermen. They use the animal’s skills to save people who have fallen at sea or to pull fishing nets. Its origins allowed Newfoundland to benefit from its swimming abilities. Thanks to its double coat, it can perfectly withstand ice water. Its impressive strength also allows it to stay in the water for hours. 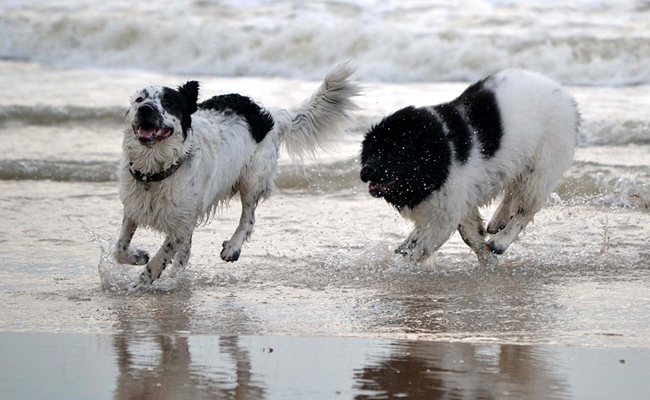 The main qualities attributed to the Newfoundland are its kindness and gentleness. The adage that says “the dog is man’s best friend” makes perfect sense with this animal. He is indeed very friendly and affectionate towards his owners or even towards other animals with whom he can live perfectly. Sometimes regarded as shy, he is not aggressive but must on the other hand be trained with the greatest firmness from an early age, to prevent his natural “cabochard” from taking over.

Due to its imposing size, it will be more comfortable if it evolves in an outdoor environment such as the garden. His swimming abilities will develop further if he lives near a lake or by the sea. 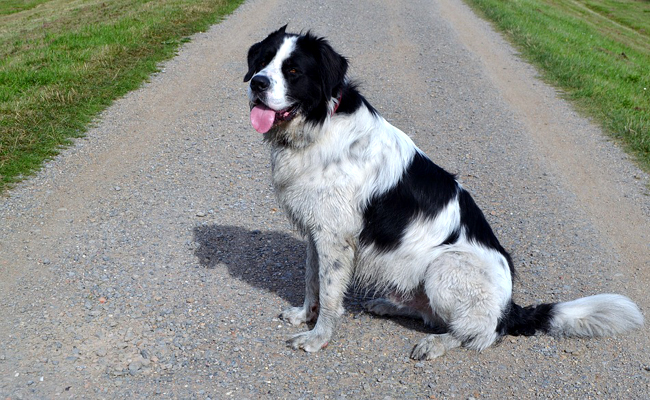 To ensure optimal growth, the diet of Newfoundland must be rich in nutrients. It is advisable to concoct two meals a day based on croquettes with a little water on the side. As it has a very dense coat, brushing and disentangling should be done weekly. He should always take the shower after swimming, especially at sea, to avoid itching due to the salt.

On the health side, the animal can live up to 12 years if it receives the best care. Among the main health problems that may affect him are hip dysplasia, aortic stenosis, elbow dysplasia, heat intolerance or even hypertrophic heart disease.

Price of a Newfoundland dog or puppy