On the afternoon of September 10, the publisher Quynh flowers the most announced behind-the-scenes image of actor Thanh Hang as Queen Duong Van Nga. This is a picture of Duong Van Nga as Queen Dai Thang Minh.

According to the publisher, the costume that Thanh Hang wears in the photo set is a phoenix consisting of 5 layers of large and small courtyards and 2 layers of dresses made by designer Thuy Nguyen. In the film, phoenix will be worn by character Duong Van Nga on the wedding day and also on the throne as queen.

Then, on the Thien Nam post-dien calendar Facebook page, there was a post that the costume of the character Duong Van Nga was “too foreign to the Vietnamese” and “brought the influence of the Manchu dynasty to the costume of a man. characters lived in the 10th century “, especially in the form and buttons. 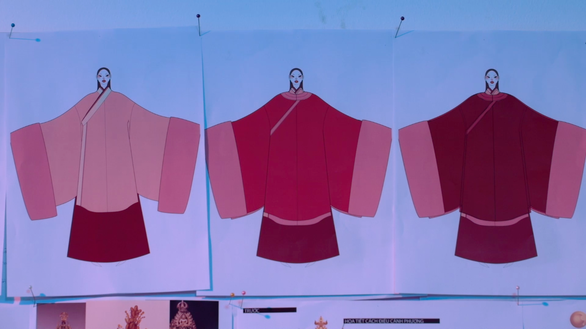 The design drawings of the phoenix for the character Duong Van Nga by designer Thuy Nguyen – Photo: CJ HK

Movie Quynh flowers the most belongs to the genre of history, fantasy (fantasy), so in terms of shaping, the costume can have certain modifications. However, according to the opposing group, “creating but not researching, not based on the original foundation, can endanger the immature public perception of Vietnamese costumes?”.

Responding to the comment “the queen’s costume has an influence of Man Thanh”, designer Thuy Nguyen (creative director of the film Quynh flowers the most) talk to Youth Online: “When designing, we have researched and consulted many ancient costumes of Vietnam and neighboring countries. Each item, details in the outfit are carefully calculated and have the designer’s intentions “.

As for buttons – a controversial detail, Thuy Nguyen admits that buttons are made in the direction of later times. 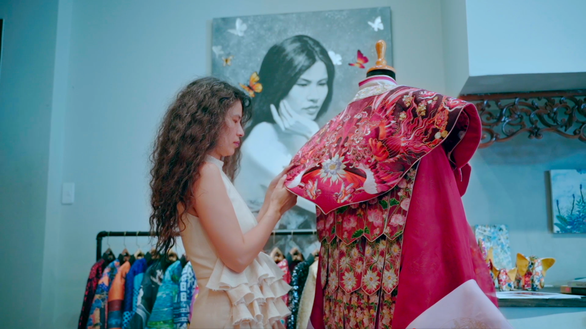 Designer Thuy Nguyen and the complete version of the phoenix – Photo: CJ HK

“We were able to design the button that does not ‘have Man Thanh sound’ but then chose this button style because it is in harmony with the outfit.The shirt is a decorative element, it is a small detail but makes the layout of the outfit not loose. If we were to use a simple knot, it would definitely not be the dignity of the queen’s outfit, “said the designer.

In terms of a wide shirt, according to Thuy Nguyen, the shirt needs to be covered and spread wide to create the majesty of a queen and create comfort even when the wearer sits down.

There is a flow of opinions that the producer has put a real historical character (Queen Duong Van Nga) in the film, many other details must follow history, for example, the costume must refer to the history of the dynasties. related great. 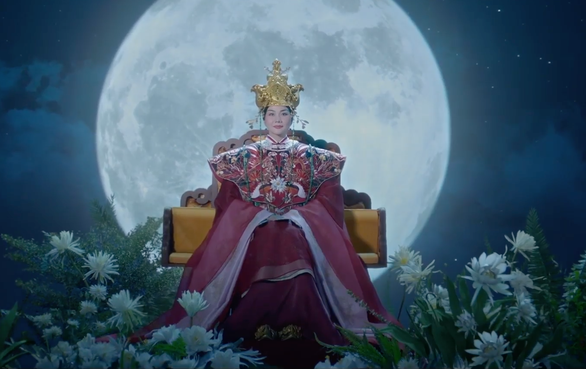 The producer said that the Dinh – Le dynasty was difficult to find, so he had to be creative about costumes and context – Photo: CJ HK

Regarding this, the producer Live On told Youth Online: “Since writing the script, cwe have had a long time studying historical documents, listening to the advice of a number of historical and cultural researchers of this period. RUnfortunately, almost no document about this period still exists.

So we decided to make a historical film and will have to be creative a lot in terms of costumes and art design. The costumes or set design not only need to be reasonable in history, but also must create a majestic atmosphere of the court, express the character and feelings of the character and help the filmmaker tell the story. that they want to tell.