Shepherd dogs were first created, hence their name, to help shepherds lead and protect their flocks. Of course today the shepherds still use it, but not only them.

It turns out that these dogs, endowed with great intelligence and impressive athleticism, are now used in various trades, such as in the police or as guides for the blind, among others.

They can also be great companions and guard dogs around the home. So here is a listing of the ten best breeds of sheepdogs, used in various professions.

Let’s start with the German Shepherd, certainly the most famous, and one of the most popular sheepdogs in France. This breed originally from Germany, appeared at the end of the 19th century, from a cross between Shepherds of Württenberg and Shepherds of Thuringia. It was created with the aim of making it a herd protection dog, and it was a success, since it is today one of the best guard dogs in the world and is used as a police dog in most of the police forces. global. Some are also used as guide dogs for the blind. 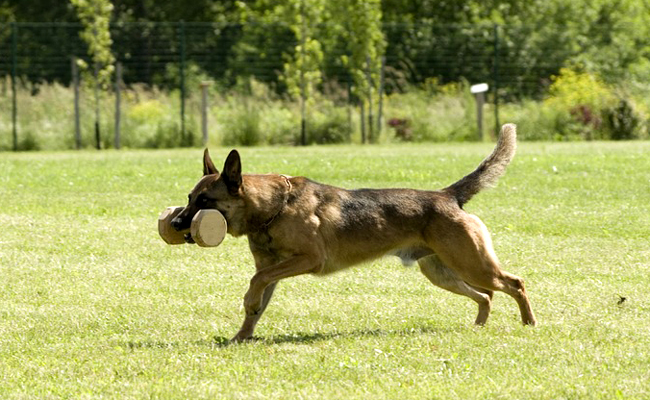 Most popular among Belgian shepherds, the Belgian Malinois breed arrived at the end of the 19th century, along with three others: the Tervuren, the Groenendael and the Laekenois. Belgian veterinarians, at that time, made a selection to organize the canine heritage of their country, very poor at that time. This is how these four races were born. Since then, there are many Malinois in the police force for tracking and stalking missions. It is a formidable guard and companion dog, but a very nervous dog who needs a firm education, therefore not to be put in all hands. 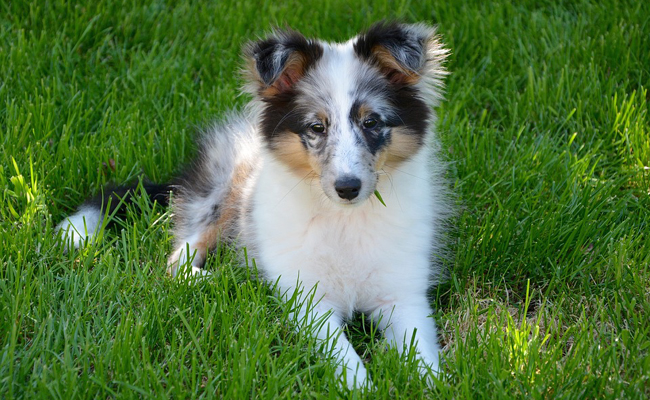 Originally from the Shetland Islands in Scotland, from which it takes its name, the Shetland Shepherd of course derives from its distant cousin, the Collie, crossed with Nordic dogs. He is smaller, but more obedient than his ancestor. He still remains today an excellent sheepdog, as well as a very good guard dog. In addition, he is a very gentle and playful dog with children, and his great learning ability makes him a very good dog for agility. 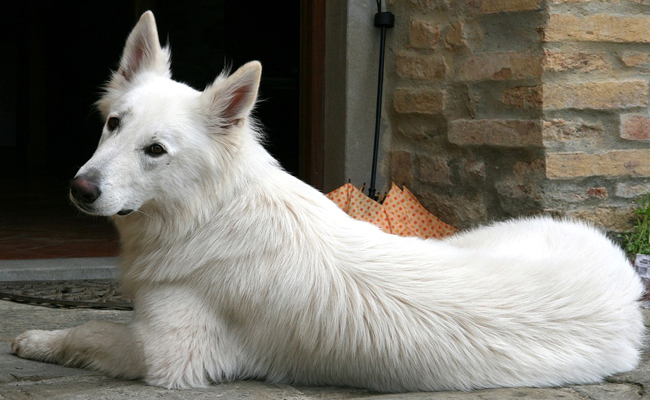 The White Swiss Shepherd is originally a derivative of the German Shepherd, but white in color. First rejected to be recognized as a full-fledged breed by the German dog breed officialization committees because of its color, it was not until the early 1970s that the white shepherd reached Switzerland, and was registered. in the Swiss book of origins. In 2002, this breed was finally made official. Often appreciated for his beauty, he is a sort of white sheepdog, which also makes a good guard dog. Intelligent, very playful and protective with children, he can be adapted very well to family life. He does, however, need to exercise regularly in the open air, and does not cope with solitude very well. 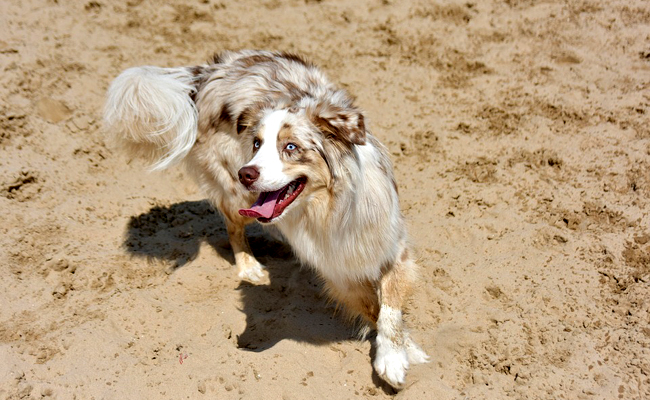 The Australian Shepherd, despite its name, has only partially Australian origins. During the second half of the 19th century, many Basques emigrated to Australia with their herds and dogs. On the spot, there were many crosses, among others with the Collie and the Dingo. Finally, these crosses were expatriated to California, where a selection made it possible to formalize the breed in 1977. This breed is still today perfect for managing herds of sheep or cows. However, it is not very accessible to all families as a companion dog. It is a breed that has a compulsive need to exercise and hates loneliness. 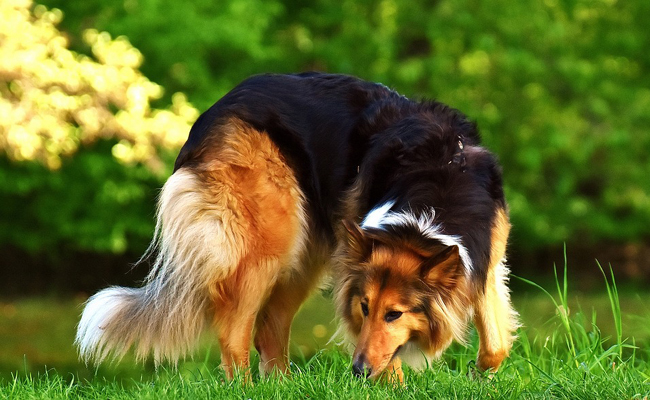 This breed, mainly known from the novel “Lassie loyal dog”, appeared in the 19th century, following a cross between a Russian wolfhound (the Baroi) and an Irish setter. Bred by Queen Victoria in England from 1860, the breed will be officially recognized in 1873. This breed remains today a very good shepherd dog, and is also used as a police auxiliary or guide dog for the blind. Due to its gentle, patient and protective character, it can also be a very good companion for children. 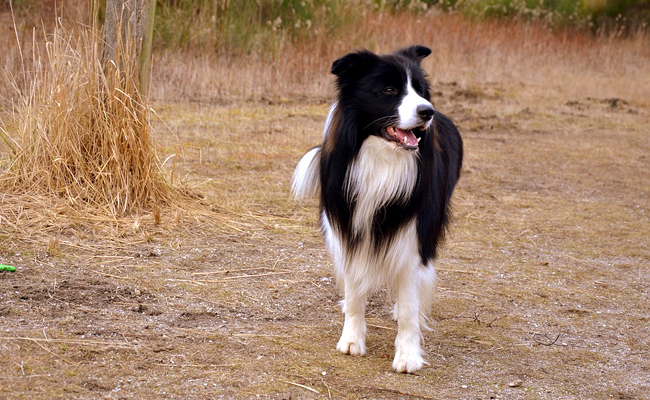 The Border Collie is one of the most intelligent and hard-working dog breeds in the world, as well as one of the oldest breeds, born from crosses between British dogs in the “Borders” region, the border between England and Scotland. Colonists then, during the 19th century, crossed it with Australian dogs to make the breed faster and resilient, resulting in the Border Collie we know today. The breed was formalized in 1976. It remains today one of the best sheepdogs in the world, but it takes a lot of time and energy every day. 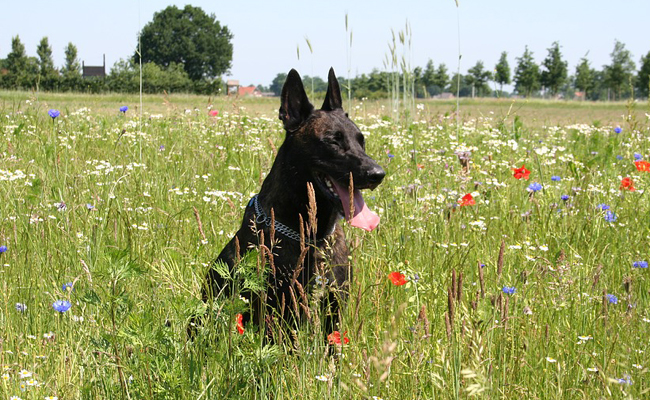 This breed shares a common origin with the Belgian Shepherd, but was threatened with extinction at the end of the 19th century. Fortunately, Dutch breeders formalized the breed and created a club, which allowed the preservation of the species. In 1990, the Dutch shepherd arrived in France. Docile and extremely loyal, he is an excellent watchdog. In addition, he is a very good tracker, which makes him a dog often found in the police or in the army corps. 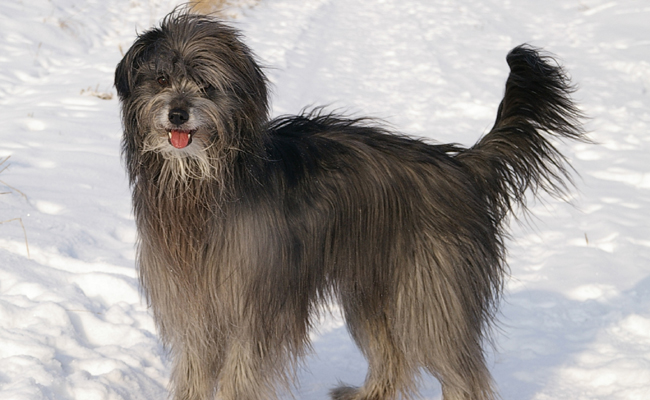 The long-haired shepherd of the Pyrenees

A breed originally from the Pyrenees, officially recognized in 1920, the Pyrenean Shepherd, who might look like a small classic companion dog, is in fact an excellent sheepdog, even today. During the First World War it was used to help transport the wounded or as a lookout. However, he remains a very friendly, playful and very active companion dog. 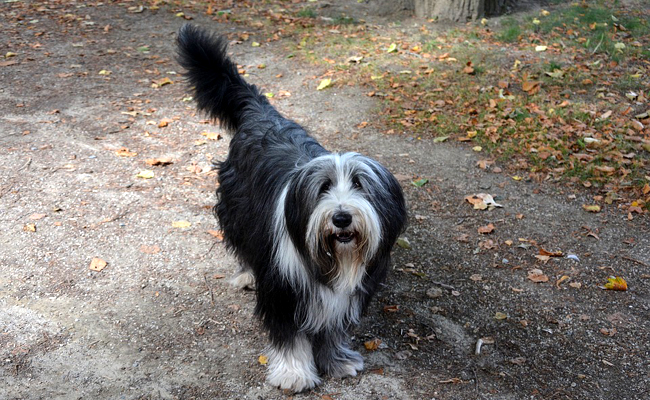 This large ball of fur with the appearance of plush, was a guard dog and above all, a shepherd dog for a very long time, before being the companion dog we know today. This breed of British origin was formalized in 1970. Despite its past as a herd supervisor, there are few who still have this role today. Due to his calm and loyal character, he is mainly found as a guard dog. However, it is not very common, due to the frequent maintenance that its coat requires.

As you can see, these dogs who do not balk at the task are desperate to be of service to humans. It might be tempting to adopt them as a pet, but not all Shepherd Dogs are suitable for everyone. Some have a very specific character: they cannot stand loneliness, or need a lot of physical activity every day, cannot stand being locked up, etc. So inform yourself well, and if you do not have the conditions to host one but it makes you dream, go watch it work, it is just as fascinating.