The political position of the most problematic RPL club.

Tambov won the second time this season (at home in Saransk over Ufa), and head coach Sergei Pervushin made a sudden dedication: 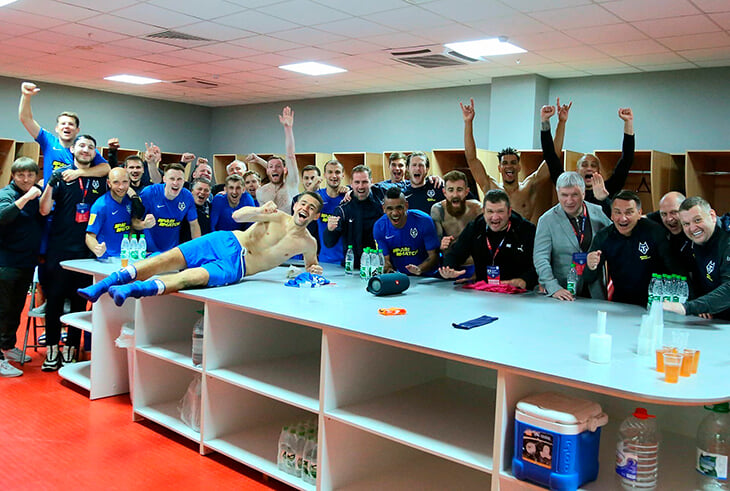 – I would like to say that this victory is very important for us. With this victory, we would like to support Alexander Valerievich Nikitin, our governor. Elections are taking place in our Tambov region, this person helps us a lot. Victory is in support of the elections, without him this team would not exist, many thanks to him. We are with all our hearts for him, – ahead of the comment, in fact, on the game, Pervushin conducted such an agitation.

The main thing that was discussed before the match was Tambov’s three-month debts to the players and club employees. Despite the loud signal of problems at the beginning of the week, none of Tambov on the eve of the game even came forward with explanations: did they extinguish the conflict, did they reassure the players, did they promise them anything intelligible and feasible? Just silence – as if in the hope that no one outside will remember.

Thanks to Match Premier for attacking everyone with these questions.

– There was such a problem, but this is a negotiation process, the moment is being solved. We got together and talked about it like a man. I would like to thank the Governor again, because attention is paid to, they fulfill their obligations, – said Dmitry Ananko, commercial director of Tambov in the pre-match studio. – Unfortunately, you understand what the situation is in the world – it leaves an imprint on all spheres of activity. We tried to convince the guys to talk correctly. We looked around: we are not Zenit, not Lokomotiv, but we are trying to fulfill what we promised.

Sergey Pervushin, in an interview an hour before the game, confirmed that the problem had been solved only in words:

– The meeting took place, the guys were reassured – [сказали]that all debts will be paid off.

– Have you limited yourself to words?

The winner of the winning goal and the best player of the match Alexey Gritsaenko confirmed that the threat of a boycott of the next games was removed:

– In this situation, it’s hard for everyone: everyone has families, children. The leaders gave their word that they will fulfill all obligations before us. One hundred percent that the next matches we will play.

After the victory, the sports director of “Tambov” Pavel Khudyakov also confirmed the agreement in words and promised that the debts would be closed in two or three weeks. He also said about supporting the governor in the elections. 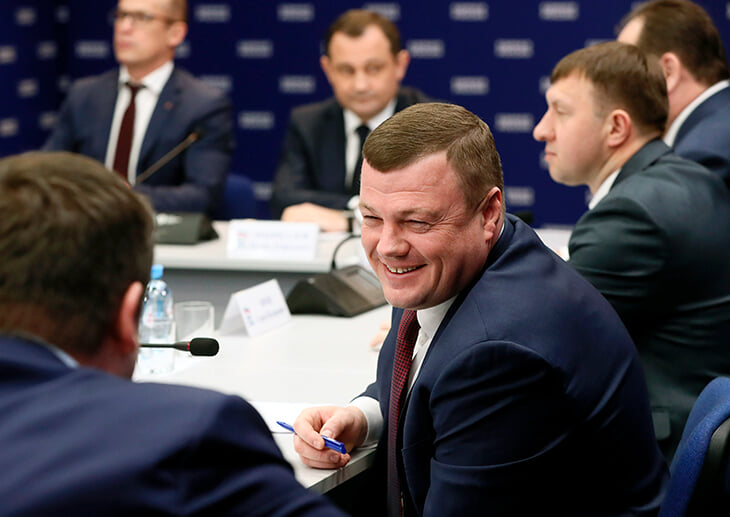 Recall that all this sounds from the most problematic RPL club. Here is a short list of sins (in addition to current debt) that many neutral fans would prefer to see someone else in the league:

• Constant wanderings in other cities and stadiums: last season there was first Saransk, then Nizhny Novgorod, now Saransk again. There are no at least a little crowded stands at Tambov’s home matches, there is always emptiness and despondency.

• The club has almost lost contact with Tambov: now the team no longer even lives there, everyone moved to Saransk. Fewer movements during a pandemic, which is still actual, is certainly good, but the situation does not become more reasonable from this.

• Endless fuss around the stadium in Tambov, which deserves a separate play. Among the key actors there are many people from the governor’s entourage, and he himself seems to be the main guarantor that Tambov will again be allowed without a stadium. Sergei Pryadkin said so: “The Governor asked very much and said that they will do everything.”…

Governor Alexander Nikitin has elections this weekend, he – the current head of the Tambov region – runs for the post from United Russia, he has four competitors: standard from the Liberal Democratic Party, the Communist Party of the Russian Federation and Fair Russia, as well as a representative of the Cossack Party. In September 2015, Nikitin won the election with 85.47% of the vote.

Only directly from the regional authorities “Tambov” receives 450 million rubles – this amount covers 57.5% of all club expenses. Administration representatives clarify what else 332.6 million – the club’s own income. In July it was reported that Tambov’s budget for the 2020/21 season was increased by 20% – naturally, after a meeting with the governor.

And the most important thing about football: Tambov won 2-0 thanks to goals from Gritsaenko and Mikhail Kostyukov. The central defender has a thoroughbred ball with his head from a standard, the forward has a one-on-one exit after a wall with Kirill Panchenko.

For Tambovites this is the second victory of the season (the first was also won in Saransk – over Khimki in the third round 1: 0) and only the third of seven matches with scored points. “Tambov” bypassed “Ufa”, sent the rival to the joint zone, and for the time being settled down directly above it.

The sports director called the victory over Ufa more important than over Spartak or CSKA – because over a direct competitor. After going to Mashuk in the Russian Cup, Tambov will have the tops: Loko away and Spartak at home.