Powerful and robust, the Alaskan Malamute has today traded in its function as a sled dog for that of a companion animal and show dog. This affectionate breed and devoted to its owners has a strong temperament.

Characteristics of the Alaskan Malamute

The Alaskan Malamute develops physical peculiarities typical of Nordic dogs. Less famous than his cousin the Siberian Husky, he nevertheless has nothing to envy him in terms of looks and elegance. The Alaskan Malamute has a robust, compact and harmonious construction. It is resolutely a symbol of strength and power. Its strong head, but balanced in relation to the rest of the body, reveals a somewhat rounded skull, a massive muzzle, a light stop and wide jaws. Her eyes, expressing affection and gentleness, are almond shaped and always brown or dark brown, but never blue. The ears, for their part, are straight and of medium size. The Malamute has a thick coat, provided and a coat that can be of different colors with white markings. On the other hand, unicoloured white colors are prohibited by the standard. 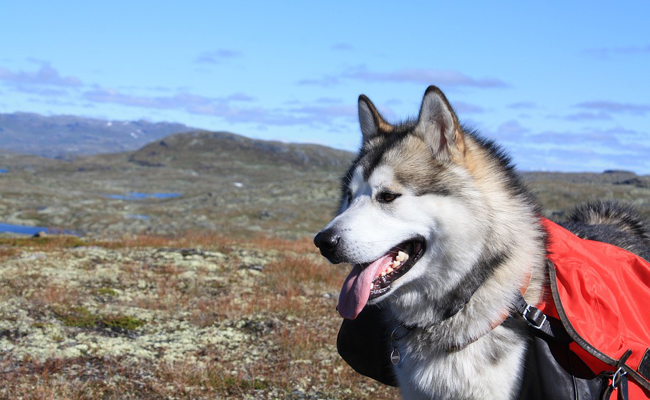 History of the Alaskan Malamute breed

The Malamute is native to the Far North in Alaska. It was the Inuit tribe called Mahlemiuts that started the breed selection. These caribou hunters bred these dogs for their pulling ability, incredible resistance to cold, and the protection of the children they provided. The gold rush of the 19th century was a major contributor to the success of this breed which was used by settlers and prospectors for their travel in the harsh environment of Alaska. The Malamute almost disappeared in the 1930s, but fortunately, breeding programs were carried out in particular in the United States to save it. 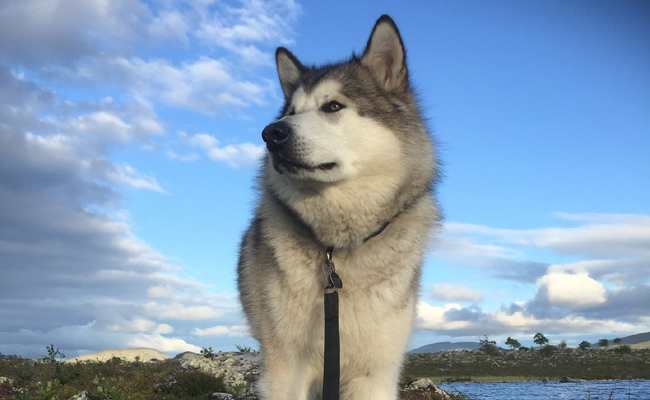 Necessary living conditions and behavior of the Alaskan Malamute

Its origins of sled dogs being omnipresent, the Malamute must never evolve in a cramped and closed environment. Clearly, apartment life is not for him unless he has very available and athletic masters. He needs to live in a house with a garden and to take advantage of very regular outings to exercise.

When it comes to his character, the Malamute is calm and determined. He is affectionate, gentle and gets along well with children although serving as a nanny or playmate is not really his favorite activity. He needs action which is why he could practice traction sports like mountain biking joering or canicross as well as agility. This dog does not like loneliness either and gets along well with other dogs. But beware, he needs a master who knows how to play the role of “pack leader”, otherwise the Malamute may be untenable. 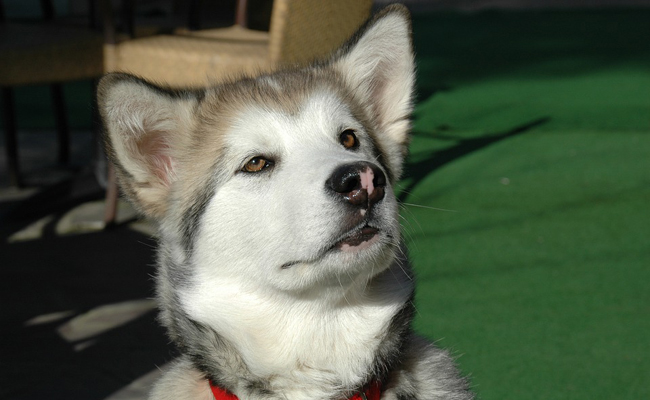 Diet and main health problems of the Alaskan Malamute

The Malamute has an unfailing robustness, but it is advisable to remain vigilant on the typical diseases of large dogs such as stomach twists or hip dysplasia. Being an athlete, he needs a rich and balanced diet for his good development. Two meals a day should be more than enough, otherwise he also risks being overweight.

Price of an Alaskan Malamute Dog or Puppy