We don’t call it American Curl for no reason. He owes this surname to his ears which curl upside down giving him a very atypical look. Despite his unusual physical appearance – and this is an understatement – the American Curl is a charming and intelligent cat who is great company for families.

Characteristics of the American Curl

If it is a question of talking about the physical characteristics of the American Curl, it is difficult not to mention in the first place his ears, to which he owes his success. These form an arc reminiscent of a crescent moon going 180 ° backwards. According to the standard, it is imperative that the point does not touch the back of his body. The head is triangular with a flat face. It consists of a round muzzle as well as two large, wide-set eyes that resemble a walnut.

The American Curl has a medium build with a graceful, slim and relatively long neckline. It is an elegant cat that can have short hair or long hair. As for the dress, all colors and all patterns are authorized by the standard. 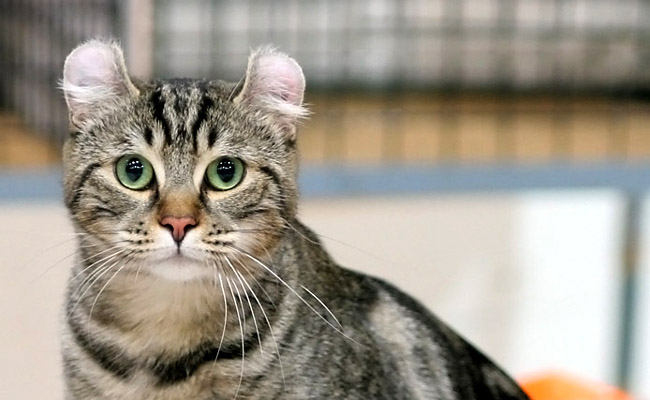 History of the American Curl breed

The story of American Curl begins in California in 1980. A family decides to shelter two stray cats, except that the first will run away while the female will remain. The latter had the particularity of having curved ears. When she gives birth, two of the four kittens also show the same physical characteristics. The owners then decide to unveil their cat in Palm Springs to the public during a cat show. From there began the great success of this breed. It was not until 1985 before the breed could receive official recognition from TICA. It should be specified that the American Curl remains a very rare breed, because kittens do not necessarily come into the world with this genetic typicity in the ears. 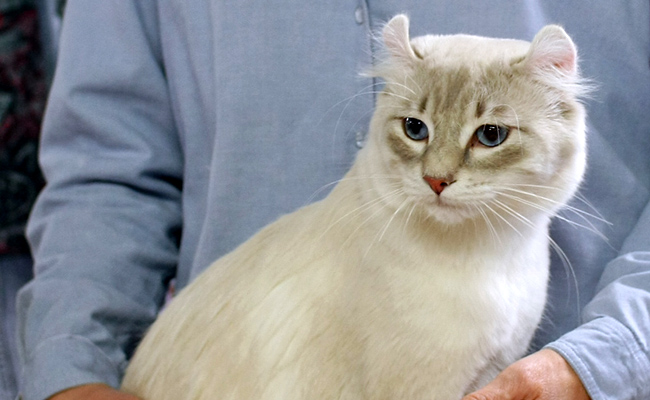 The American Curl is mischievous, lively and of great intelligence. When he is happy, everyone around him knows it. His naughty side also earned him the nickname of the clown cat. But he must be educated, because he can commit a lot of stupid things by wanting to play smart. Anyway, you will quickly forget his bad tricks in front of his sympathy and his joie de vivre. Children in particular will be delighted to have such a pet in their home. Also, avoid leaving it alone for too long, because it can’t stand. Another of its advantages is that it adapts perfectly to its environment. He won’t have a problem living in an apartment. 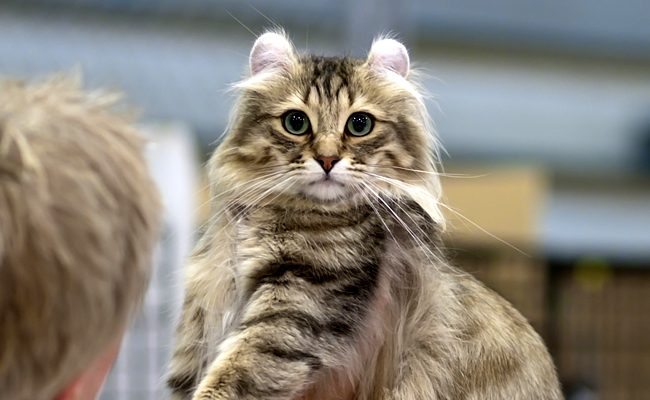 As with all cats, the Amercan Curl must benefit from a diet adapted to its state of health, its age and the physical activities practiced. It is not subject to any specific disease or hereditary for that matter given its genetic diversity, but it is very important to take care of the hygiene and health of its ears.

Price of an American Curl cat or kitten