If you’ve always dreamed of having a princely-looking cat who particularly appreciates cuddling, the Balinese is the breed for you. Full of affection and sparkling with joie de vivre, he will get along very well with children and even dogs.

Characteristics of the Balinese

Agility and elegance, these are the main physical characteristics of the Balinese. This athletic-build cat breed has a long, slender body with firm muscles and fine bones. The thin and long neckline is another peculiarity of the Balinese who also has shoulders and hips of equal width.

The tail is said to be “whip” and has fine hairs almost identical to those of an ostrich feather. The head is somewhat reminiscent of the Sphynx. She is triangular with a flat forehead and skull. The ears are set wide apart, large and wide. The eyes are almond shaped and should always be blue, otherwise it is considered a serious flaw. The coat is mid-length, silky and very fine. In the LOOF (Official Book of Feline Origins), the dress must only display the colourpoint pattern. But the CFA (Cat Fanciers’ Association) admits other colors including chocolate, blue, seal or lilac. 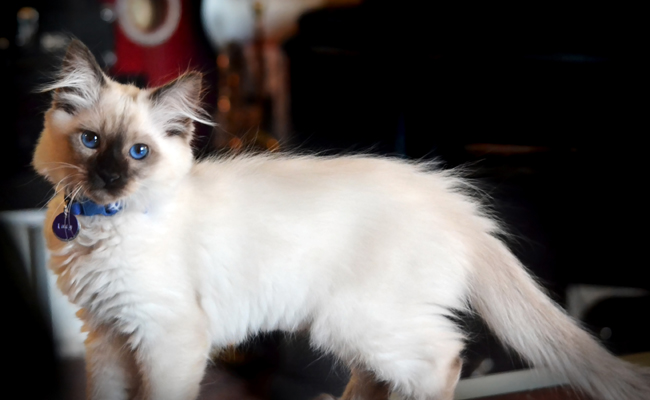 History of the Balinese breed

Just hearing his name, one would tend to believe that the Balinese would come from Asia. But it is not. This cat is from the United States. Truth be told, this breed has not had a very glorious history. She would have been born a bit by accident. While breeders carried out a selection work, they obtained Siamese kittens with semi-long hair. As they did not correspond to the standard, they were put aside, sometimes even sacrificed. Later, breeders finally became interested in these breeds of mid-long-haired Siamese and began to breed them in due form. From the 70s, the CFA, the TICA (The International Cat Association), the LOOF and the FIFe (Fédération Internationale Féline) will successively recognize the Balinese. 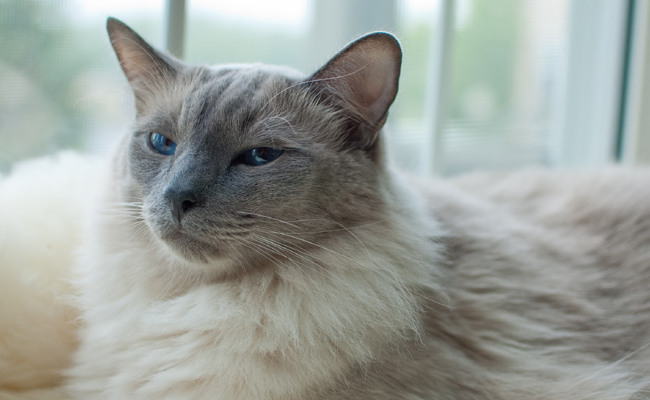 Necessary living conditions and behavior of the Balinese

The Balinese has kept some of the personality traits of the Siamese. He is active, outgoing, curious and very playful. However, he has a less volcanic temperament than his cousin. But like him, he is a great talker who gets along wonderfully with children and has no problem with sociability with his fellows or even with dogs. Balinese crave attention and hugs all the time and don’t like to be alone. He’s a bit of a “cat-dog” who is always following his master. As such, the Balinese are possessive towards their owner and they tend to only become attached to one person in the house.

Amyloidosis is one of the pathologies that can affect the Balinese. This pathology can lead to death, causing kidney failure. Symptoms include loss of appetite, depression, diarrhea, anemia or various inflammations. Cats can also have convergent strabismus, a disease common in colourpoint breeds. Regarding food, to avoid possible kidney problems, it is better to combine a dry and wet diet and not just too dry food.

Price of a Balinese cat or kitten