Originally from England, the Beagle is a hunting dog with exceptional skills. By his temperament and size, he has also become a very popular pet. He is affectionate, gentle and playful: traits that are perfect to accompany children.

Characteristic of the Beagle

The Beagle looks like the English Foxhound but smaller. Its robustness and solidity form its main strengths. He displays a well-proportioned body with short legs that give him a little basset hue. This breed has a size between 33 and 40 cm with a weight ranging from 12 to 17 kg. Its not very massive head has a square muzzle and an accentuated stop. Its large ears fall on both sides of its head and are brown or tawny in color. The dense and short coat can be two-tone (white and sand), three-color (black, white and brown) or even one-color (white only). The Beagle should have a pointed saber tail with a white tip. 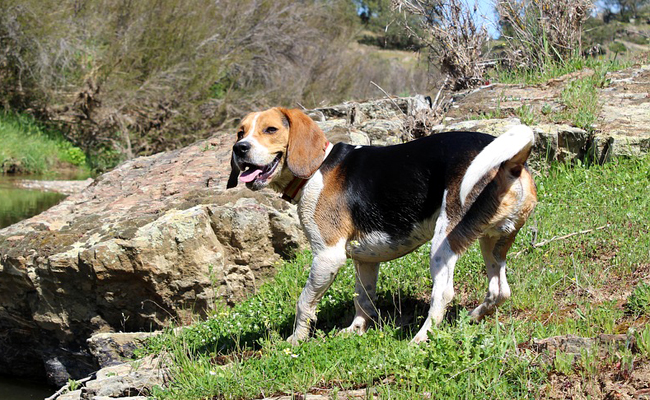 History of the Beagle breed

The Beagle is originally a hunting dog chosen for deer, rabbit, furry game or hare hunting. According to the writings, he was born 2000 years ago. However, it was in the 1830s in Britain that the breed we know today developed. It would have appeared thanks to crosses made with other breeds such as the southern scent, the northern scent, the talbot or the Beagle-harrier. The Beagle Elizabeth – so named in honor of the Queen who liked her very much – was previously one of the most popular breeds distinguished by their small size whose height was less than 25 cm. Today the breed has disappeared. 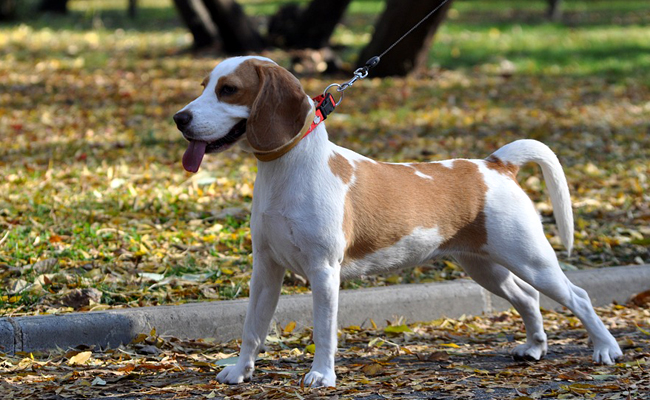 Calm and composed, the Beagle has a lot of love to give to its owners. He enjoys hugs and contact with members of his family. It is an animal of great intelligence, faithful and endearing. The Beagle is also a tireless player and will be the perfect companion for children. However, his great liveliness can also fail him.

This dog needs large spaces, such as a garden, in order to stretch its legs and thus evolve properly. His hunting instincts can take over, hence the importance of training him well to avoid possible fugitives. Despite everything, he can live in an apartment provided that the outings are done regularly. 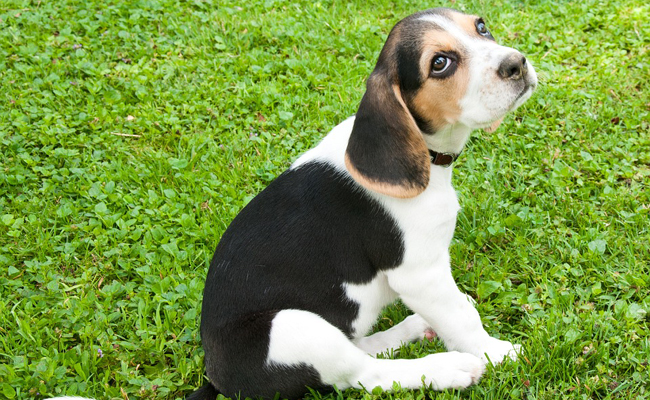 Diet and main health problems of the Beagle

The Beagle does not have a complicated diet. He can very well consume all canine foods at a frequency of one meal per day for a daily amount of about 300 g if it is a question of kibble. This ration will mainly depend on his age, weight and state of health.

In relation to its health precisely, the Beagle is robust and rustic. Despite everything, he sometimes suffers from certain diseases such as hypothyroidism. You should also pay attention to possible eye problems (glaucoma, corneal dystrophy) or ears.

Price of a Beagle dog or puppy