As the Boston Terrier looks a lot like the French Bulldog, confusions are recurrent. However, the Boston Terrier has its own peculiarities that make it perfect as a companion dog. He is energetic, hardy, affectionate, and intelligent. 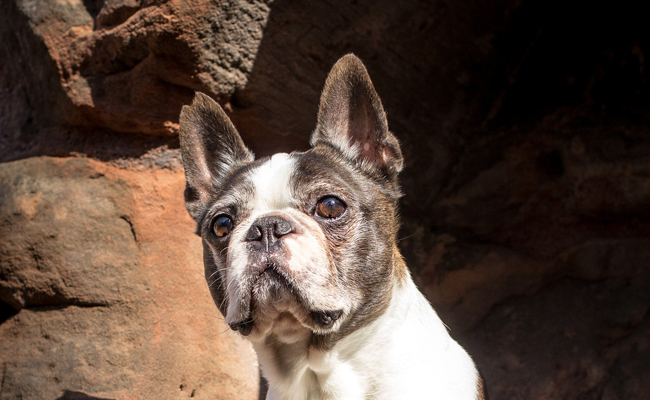 The Boston Terrier enjoys a compact build with a robust body, without heaviness. He is stocky and small (between 25 and 38cm for a weight between 6 and 11kg). It stands out in particular by its square head accompanied by a well-accentuated stop. The eyes are round, large, and well-spaced between them. They sport a dark color and display a soft, intelligent, and alert expression. Small in size, its ears are carried upright and are always in harmony with the shape of the head. They should be placed near the upper edges of the skull in accordance with the requirements of the standard. The fur is shiny, smooth, and fine. The Boston Terrier must have a black coat variegated with white or seal (black, but with a red reflection in strong light). 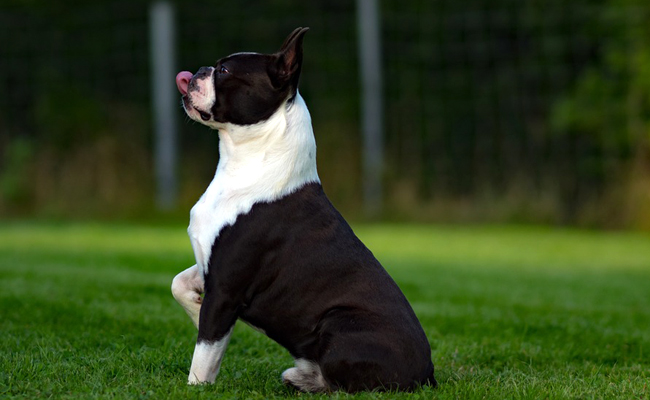 History of the Boston Terrier breed

The Boston Terrier appeared in the United States, in the city of Boston. Around 1870, an American doggie chose to cross an English Terrier with an English Bulldog. In order to lighten the breed, crosses between French bulldogs and the first specimens were then made. The creation of this breed was the subject of much controversy, particularly because of the confusion that existed. Indeed, the Boston Terrier was called “Boston Bull”, “Round Head” or “Boston Bull Terrier” at the beginning which created amalgamations with real Bull Terriers and Bulldogs. Moreover, even the American Kennel Club was very hesitant to recognize this breed as such. It was not until 1893 before this was possible. Note that the Boston Terrier was so popular in the United States in the 1920s that it was represented up to 30% in dog shows. 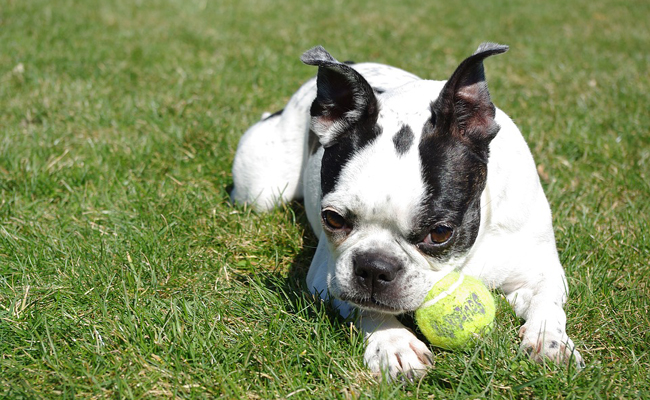 Necessary living conditions and behavior of the Boston Terrier

The Boston Terrier combines qualities. It is a dog at the same time benevolent, happy, and very attached to its owners. As such, he does not cope with loneliness and can be a bit clingy. He is very courageous, which is why he can very well serve as a warning dog. His dynamism is such that he will never refuse a good walk even if he does not need to do excessive exercises. With children, he is an excellent playmate. In addition, he is not difficult to educate as he is intelligent and learns quickly. 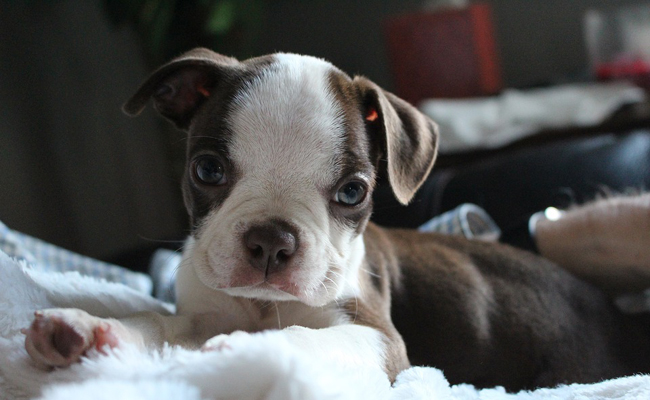 Diet and main health problems of the Boston Terrier

Because of its flattened nose, the Boston Terrier can suffer from respiratory problems, hence the interest in avoiding strenuous physical activities. The prominence of his eyes can also lead to irritation. They will have to be treated every day. In addition, dermatological diseases like atopic dermatitis and generalized demodicosis can affect it. For his health, this dog must have a diet adapted to his size, weight, and age. Excesses are prohibited so that he is not a victim of overweight.

Price of a Boston Terrier Dog or Puppy