Belonging to the closed circle of the smallest pointing dogs, the Breton Spaniel is distinguished by its proud appearance and elegance. He is an excellent companion dog, but needs to evolve in a large space to feel good and be happy … his hunting dog origins oblige.

Characteristics of the Breton Spaniel

Compact and sporty, the Breton Spaniel is a small pointer that measures between 48 and 51 cm for males and 46 and 49 cm for females. He develops a solid build with a straight back, a broad chest and well-developed shoulders. He has a harmonious and rounded head with a medium skull and a short muzzle with a slightly marked stop. The eyes displaying a beautiful dark amber tone are oblique and particularly expressive. The ears are carried high, they are wide and short and are very mobile when the dog is in motion. Compared to the coat, it is moderately long, a little wavy and slightly thin. The coat is generally two-tone: white and brown, white and orange, or white and black. It is also possible to find Brittany Spaniels roaned or with a tricolor coat. 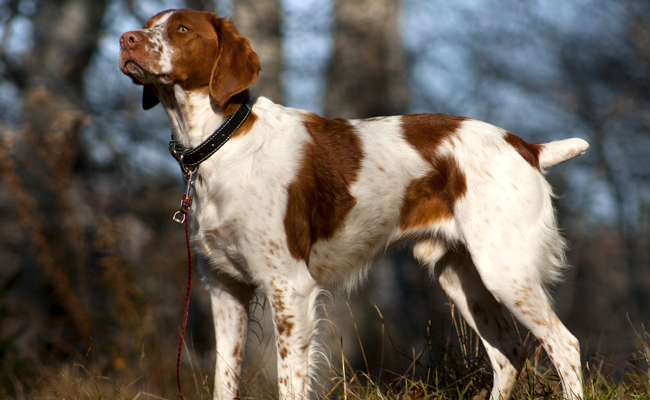 History of the Breton Spaniel breed

There is a lot of controversy over the origins of the Breton Spaniel. It is said at first that this breed is descended from the dogs of Oysel, from central Brittany. Its peculiarities would also be described by the feudal lord and French-language writer Gaston Fébus in his famous books on hunting. Another hypothesis reports that the Breton Spaniel would be the result of a cross between charcoal dogs and English Setters. Although the origins of this breed seem distant, it was not until 1908 before a first standard could be established. Moreover, the one in force will not be definitively validated until 2003 after numerous modifications. 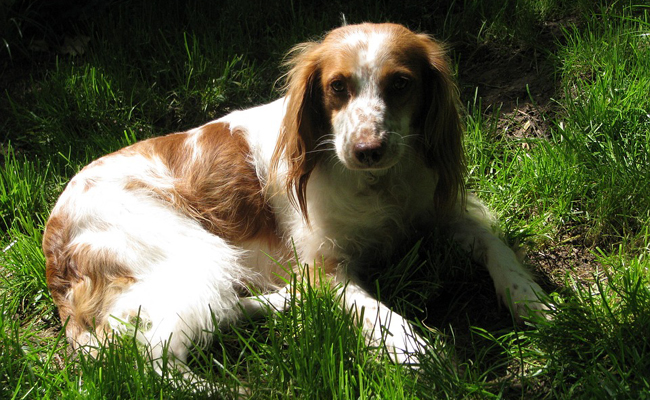 Necessary living conditions and behavior of the Breton Spaniel

Used mainly for duck and game hunting, the Breton Spaniel is a past master in this field and its reputation extends far beyond French borders. Today, he is also considered a good pet. He is not insistent and knows perfectly how to evolve in a family life. He is appreciated for his joie de vivre and his love for games. Faithful, friendly, affectionate… he definitely has many qualities. He is also smart and easy to train. On the other hand, to be happy, he needs to flourish in the countryside. Indeed, as an athlete, he must have space to be able to exercise. In the case of living in an urban area, it is better to offer him a large garden at least and also plan very regular outings so that he can stretch his muscles and exert himself. 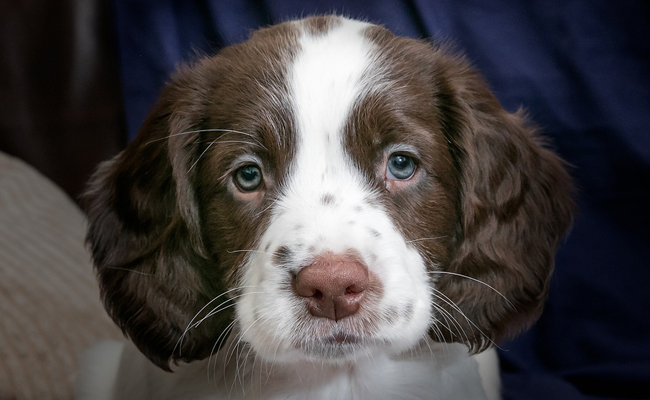 Diet and main health problems of the Breton Spaniel

The Breton Spaniel is a robust dog that can live up to 13 years. But we must nevertheless be attentive to certain pathologies such as ear infections. It can possibly be affected by an inherited dislocation of the lens, a loss of muscle mass called spinal atrophy or muscular dystrophy. Its good health will depend on its diet, which must be rich and balanced since the animal expends a lot.

Price of a Breton Spaniel dog or puppy