Its egg-shaped head makes it unique in the world. The Bull Terrier is very endearing and adores its owners, but also has a lot of temperament. A dog that is not recommended for those who do not have experience in dog training.

Characteristics of the Bull Terrier

The Bull Terrier is the center of attention with its imposing musculature and its gathered body with arched ribs, ending in a taut and short tail. The animal measures between 35 and 50 cm and weighs between 20 and 40 kg. One detail that certainly does not go unnoticed is the shape of the Bull Terrier’s head. Its profile called “Roman nose” is exclusive to it. Its head gives the impression of resembling a rugby ball topped with small erect ears. Its eyes are triangular, narrow, small and dark in color (brown or black). The Bull Terrier has a short coat that is harsh to the touch. He wears an all-white dress sometimes spotted with fawn or black, especially on the head. 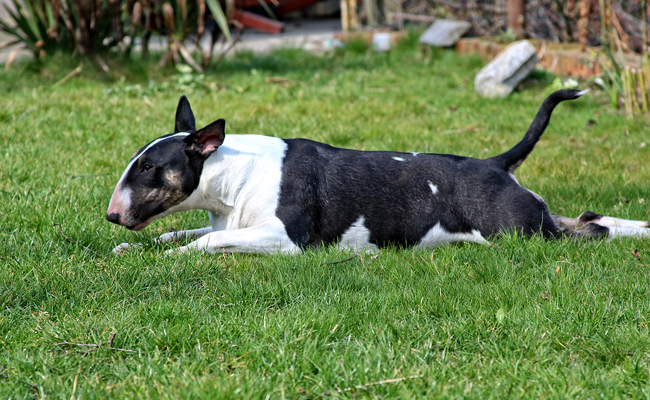 History of the Bull Terrier breed

The birth of the Bull Terrier dates from the 18th century in England. It would be the result of a cross between the White English Terrier (a breed that no longer exists today) and the English Bulldog. To improve the breed in particular the color of its coat and to offer it even more refinement, Staffordshire bull terriers and Dalmatians would also have been used at the time of its creation. The Bull Terrier was originally exploited as a fighting dog against bulls or bears. But this activity ceased when the British Parliament passed a law banning these barbaric practices. Note that it took many years before this breed was recognized in England. This recognition was only acquired in 1935. 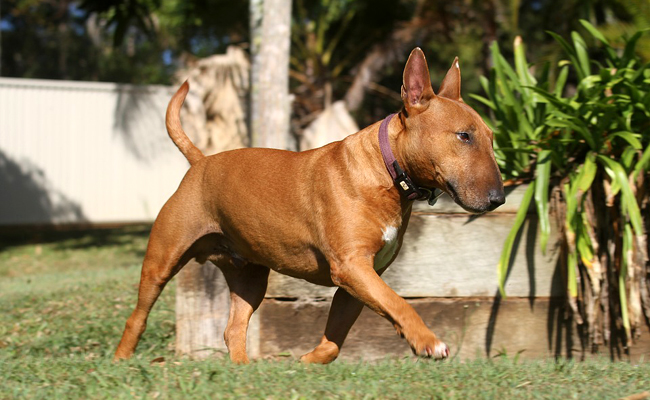 Necessary living conditions and behavior of the Bull Terrier

The Bull Terrier can sometimes develop social problems towards its congeners. This is why he must be accustomed to evolving with other dogs and animals from an early age. It is also a somewhat stubborn animal, so you have to be very firm in its education. Beyond these few faults, the Bull Terrier remains very attached to his masters, whom he loves above all. He can even quickly become friends with people other than his family. The only thing he can’t stand is loneliness. Also, you must avoid leaving it too long, because it risks destroying everything at home. As this dog is also very energetic, he must exercise and go for walks very regularly. If these conditions are met, he can live in an apartment without any problem. 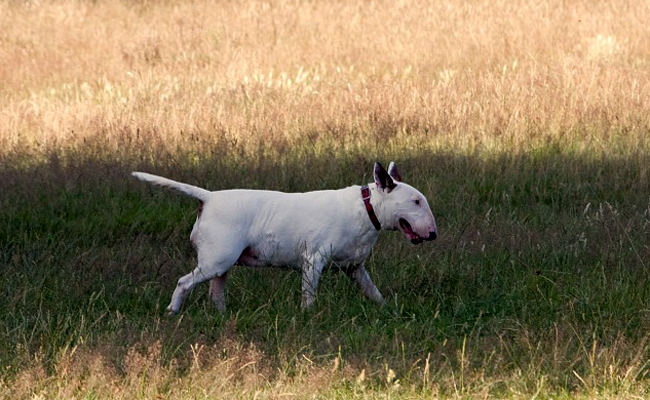 Diet and main health problems of the Bull Terrier

The Bull Terrier is the victim of a genetic disease, deafness. You should also pay attention to skin problems that are common in dogs with white coats. Besides these few problems, the Bull Terrier remains an animal with iron health.

His diet should be well balanced and not be too excessive to prevent him from gaining too much weight.

Price of a Bull Terrier Dog or Puppy