Although he likes to play with big arms, the Bullmastiff is a very endearing dog, totally devoted to his master and an excellent guard dog. He does not appreciate loneliness and always needs a human presence. It is a completely suitable companion for children.

Characteristics of the Bullmastiff

The Bullmastiff has a strong, powerful, even dissuasive physique. A male measures between 63 and 68 cm for a weight of 50 to 59 kg while a female measures between 60 and 66 cm and weighs between 41 and 50 kg. The dog develops impressive musculature with a broad chest, straight back and muscular kidney. He has a massive, square head with a strong muzzle, but short and is distinguished by his drooping lips which give him a very special look. The eyes contrast with the massive aspect of the head since they are small and dark nutty in color. The ears are set well apart and set high. They reveal a V shape and reveal a sort of fold at the back. The Bullmastiff has a short, cropped coat and a sandy, beige, fawn or brindle coat. 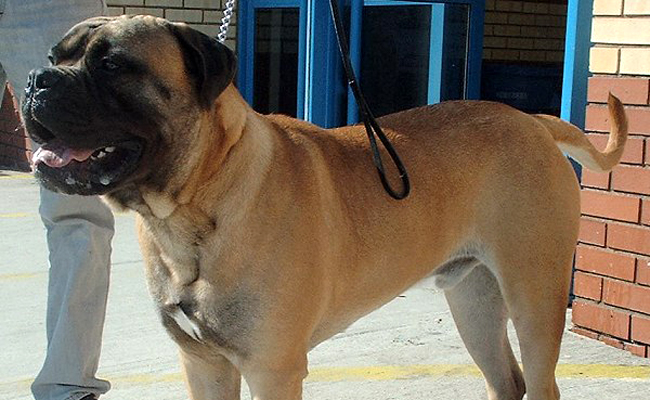 History of the Bullmastiff breed

The Bullmastiff is a breed of British origin that appeared at the beginning of the 19th century. It would be the result of a cross between bulldogs and Mastiffs. The goal was to get large and massive dogs that would help foresters in the fight against poaching. Powerful and flexible dogs would indeed have a very powerful flair which made it possible to flush out poachers more easily. Gradually, the breed improved in particular under the impetus of certain enthusiasts like Mr. Moseley who is at the origin of the modern Bullmastiff. Official recognition of the breed took place in 1924. 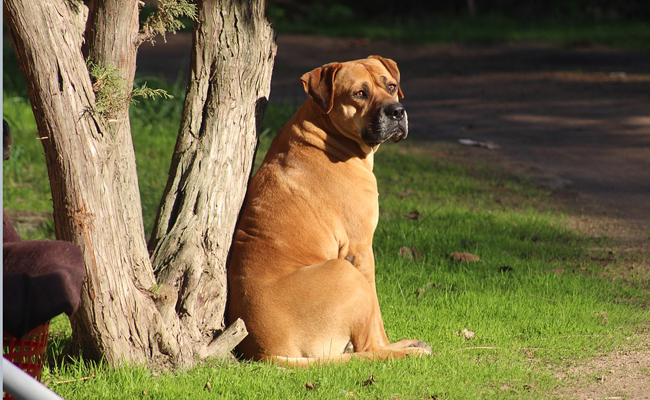 Necessary living conditions and behavior of the Bullmastiff

Although imposing, the Bullmastiff is a teddy bear. He is very affectionate and gentle even with children. It is an animal full of joie de vivre and very loyal to its owners. In addition to being dedicated, he is courageous and balanced. On the other hand, you should never leave the dog alone for too long, because loneliness annoys him. He can even become destructive if his family is away for a long time. Another flaw: it has difficulty cohabiting with other animals. 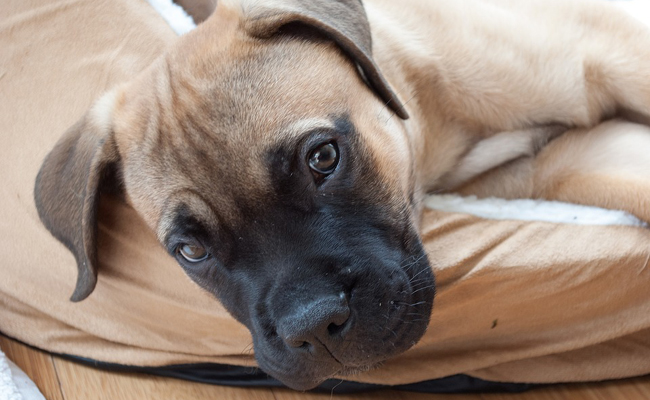 Diet and main health problems of the Bullmastiff

The Bullmastiff is a big foodie. However, it is important to watch your diet so that it is not prone to overweight. Also, to avoid stomach twisting, he should not exercise after eating.

Among the diseases to which he may be exposed are dysplasia of the hip and elbows, eye problems and more rarely, degeneration of the cerebellum.

Price of a Bullmastiff dog or puppy