Bold, exuberant, but sociable and very attached to its owners, the Burmese combines all the qualities sought in a pet. He often asks for hugs and needs a lot of play to be happy. It is therefore the ideal cat for children.

Features of the Burmese

The Burmese arouses the amazement of cat lovers because of the irresistible expression of his eyes and his face that is reconciling kindness and gentleness. The cat has a short triangle-shaped head with a round skull and high cheekbones. The chin is pronounced and the jaws are strong. He has rounded, large, well-spaced eyes. The ears with rounded tips but open at the base, are medium in size and well spaced. With a small stop, the nose is discreet on this face.

In terms of his body, the Burmese is a medium-sized cat with well-defined muscles and a very large chest. He has a short, soft and dense coat with a shiny texture. In principle, the original color of this breed is sable which is dark hazel, warm brown or brown. But other colors are allowed: sepia champagne, blue sepia, sepia platinum, etc. 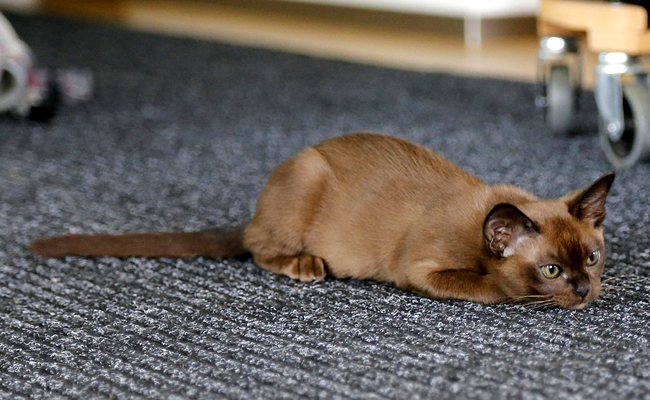 History of the Burmese breed

Native to Burma, the Burmese is first described in the Book of poems of cats or Tamra meow, Thai collection describing several breeds of cats in a poetic way, whose writing is estimated between 1350 and 1767. Just like the Siamese, the Burmese would also have made an incursion into England around the 19th century. If the history of the Burmese is rather vague, what is certain is that this breed developed under the leadership of the American doctor Joseph Thomson in 1930. Many crosses have been made, in particular with the Siamese. The recognition of the Burmese breed by the Cat Fancier Association did not take place until around 1936. 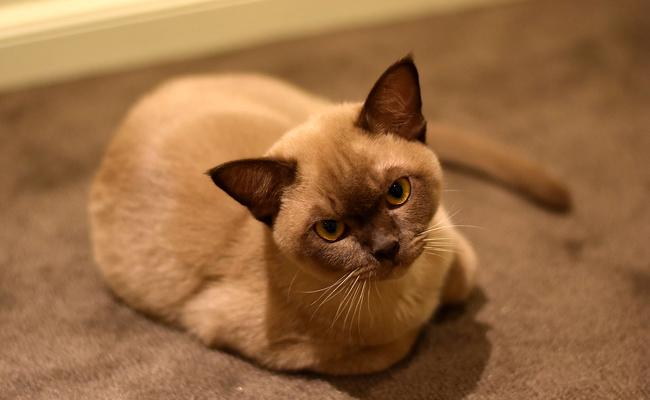 Necessary living conditions and behavior of the Burmese

Curious and friendly, the Burmese stands out from other cat breeds known for its independence and strong attachment to its owners. He is really very affectionate and also stable. He cannot stand loneliness too much and enjoys being at the heart of all attention. We told you. It is definitely not a cat like the others. A little shy and very gentle, he is also very curious and playful. Don’t be surprised if he tends to turn your house upside down because he likes to snoop around. As he is also very sociable, he will adapt perfectly to children and will not express any reservations towards strangers. 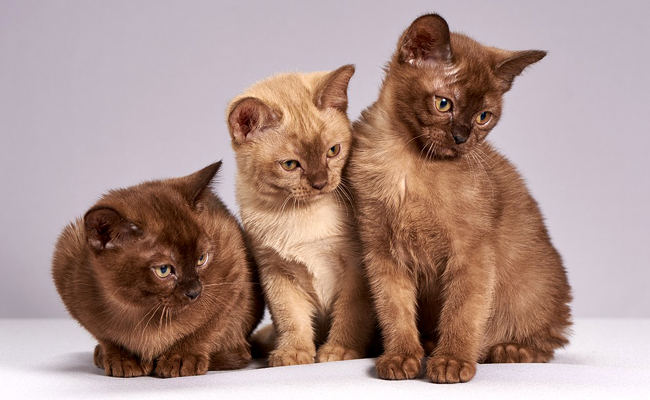 Food and main health problems of the Burmese

Although robust, the Burmese can potentially develop hypokalaemic polymyopathy from a young age. A disease to watch out for. He may also have feline orofacial pain syndrome which causes extreme chewing and licking which can cause distress in the animal. Some lines are also victims of diabetes. To avoid the development of pathologies, a balanced diet is recommended. Note that the Burmese is particularly fond of fresh fish.

Price of a Burmese cat or kitten