Impossible not to notice it, the Cornish Rex is an original cat so to speak with its large ears and curly hair. It is a breed which adapts to families since it gets along well with children and is rather sociable.

We like it or we don’t like it. Because with its unconventional physique, the Cornish Rex has its fans, but also its detractors. The breed develops a slender oriental-type body with, in particular, an arched back reminiscent of that of the greyhound. It has muscular, thin and high legs. The head forms an oval and sports a round skull. It is surmounted by two very large ears with rounded tips, which are very open, located high and which are hairless on the outside. The cat develops a muscular, thin and long neckline. With the Cornish Rex, everything is played on the fur which reveals regular waves. The hairs are short and soft. The standard admits all colors of dresses which may or may not have white spots. 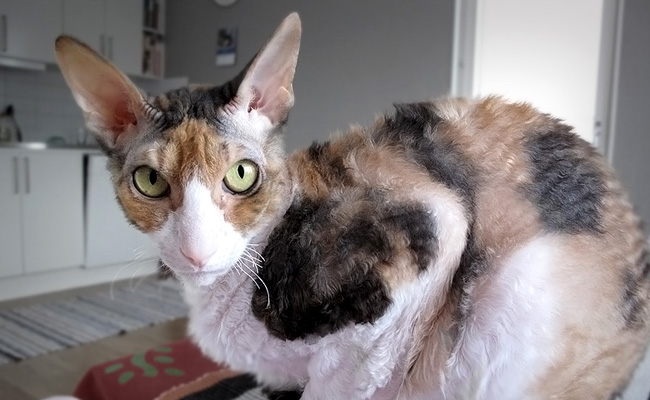 History of the Cornish Rex breed

The Cornish Rex is a rather recent breed. It appeared in 1950 in England, in the County of Cornwall. It is a cat that was created by man and therefore is not natural. It owes its story to Nina Ennismore, owner of a tricolor cat with a normal coat who gave birth to a bat-like kitten with huge ears and notched hairs. This physical peculiarity was caused by a genetic mutation. Following the advice of some geneticists, the breeder crossed this cat with the mother carrying the gene. From there appears the race called Cornish Rex. 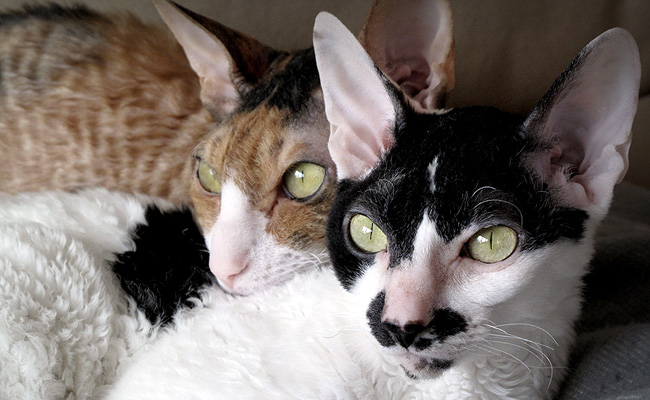 Necessary living conditions and behavior of the Cornish Rex

Indoor cat, the Cornish Rex appreciates the comforts of home rather than walks outside. However, like all cats, there may be times when they want to get some fresh air. It is then better to equip it with an electronic chip. He also needs a cat tree to be able to exercise as much as he wants.

The Cornish Rex is a curious, intelligent and active cat. He is addicted, but can be very endearing. This athlete is also a great player and will delight children. In addition, it is an animal that has very little saliva. It is known that the saliva of cats is generally the cause of allergies. The Cornish Rex is therefore suitable for those who experience this health problem.

Otherwise, in case you live in an apartment, watch out for his untimely meows which can annoy the neighbors especially as he has a scream. 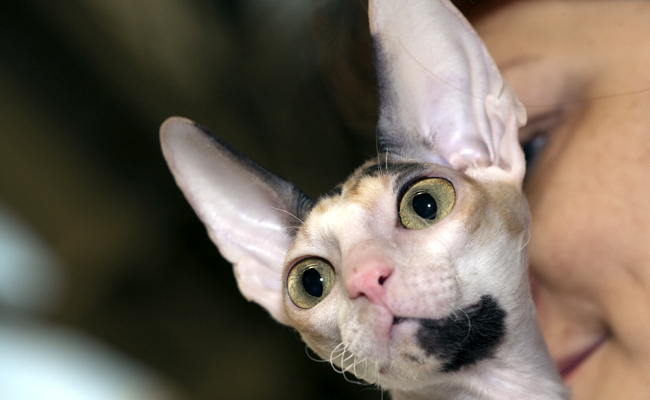 Able to live between 12 and 15 years, the Cornish Rex is a robust cat. It is not prone to specific hereditary diseases. On the other hand, it is important not to forget to have him vaccinated against leukosis, typhus, rabies or coryza.

On the diet side, prefer the mixture of wet food and dry food for the good health of your pet.

Price of a Cornish Rex cat or kitten