Massive and stocky, the Dogue de Bordeaux is a model of power. Behind this strong musculature hides a calm dog, affectionate and very attached to his masters. Companion dog par excellence, it can also take on the role of formidable guardian.

Characteristics of the Dogue de Bordeaux

Belonging to the Molossoid family, the Dogue de Bordeaux is characterized by its imposing size and remarkable bodybuilding. It measures a maximum of 68 cm for an average weight of 80 kg. The dog has a very harmonious body with an accentuated withers, a powerful chest, a straight back line, a strong and short kidney, a developed back and well curved ribs. His massive head does not go unnoticed either. She sports a prognathic and strong jawbone with mobile and symmetrical wrinkles. Its head features small floppy ears, hazel to dark brown eyes and oval shaped. The Dogue de Bordeaux reveals a very thick skin on which grows a short, fine and soft hair. The standard only admits tawny-colored coats which may occasionally be punctuated with white markings on the legs and chest. 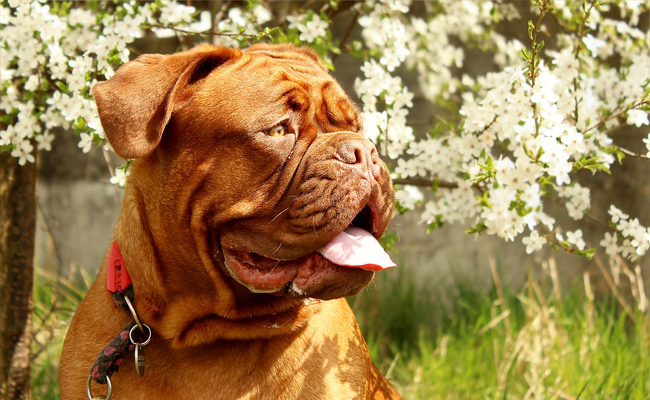 Like most European Molossoids, the Dogue de Bordeaux has Asian origins. According to history, this is one of the oldest French breeds. It is mentioned as early as the 5th century BC. Legend has it that the first Mastiffs of Bordeaux lived near Aquitaine. They were used at the time as guards and as hunters. They were also highly prized as fighting dogs. The breed almost died out in the 20th century due to the two wars. Fortunately, breeding resumed in the 1970s. 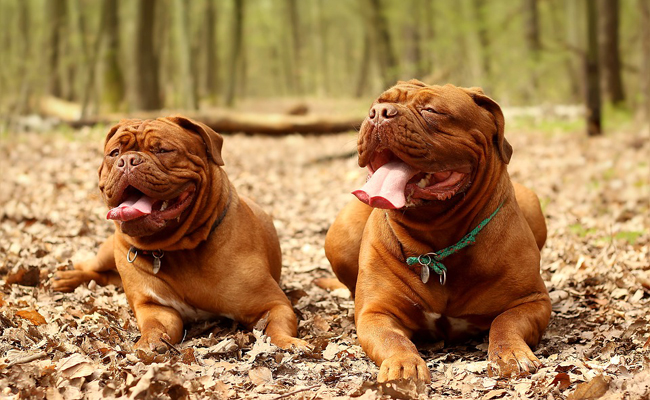 Necessary living conditions and behavior of the Dogue de Bordeaux

In general, the Dogue de Bordeaux is called upon as a guard dog. Indeed, he shows courage and tenacity. On the other hand, he stands out as an excellent companion dog by his docility and affectionate character. Contrary to popular belief, he is not an aggressive dog. On the other hand, he has a dominant character and tends to want to gain the upper hand. Hence the importance of educating them well from an early age. Another thing: this dog does not appreciate solitude. Notice to owners who are often absent, the Dogue de Bordeaux is not for you. Ditto if you live in a small apartment. It is better to offer him instead a house with a garden so that he can let off steam. 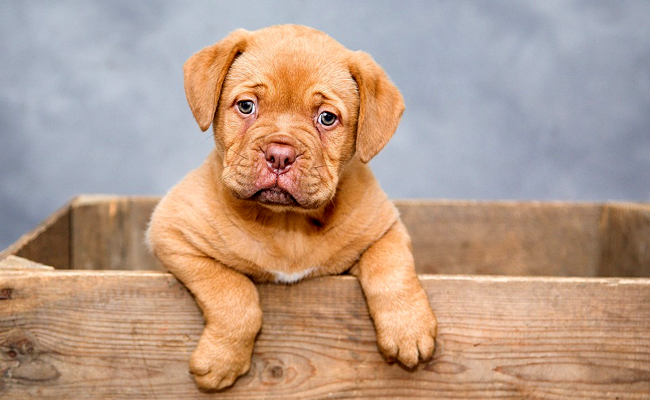 Diet and main health problems of the Dogue de Bordeaux

The Dogue de Bordeaux is subject to a few pathologies, the most frequent of which is hereditary hyperkeratosis of the pads. This disease causes a kind of thickening of the skin of the pads which causes pain and bleeding. As nearly 11% of the herd is affected by this pathology, research is being carried out to eliminate it. In particular, screening tests have been developed and adopted by breeders. In addition, the Dogue de Bordeaux can also be affected by hip dysplasia and some heart and eye diseases.

As for its diet, it is better to give it a rich food during its period of growth. Then, avoid all that is fatty and sweet in order to prevent overweight problems.

Price of a Dogue de Bordeaux dog or puppy