Beneath his grumpy air, the English Bulldog is in reality a real ball of love and tenderness. He is very attached to his masters and demonstrates unfailing loyalty. It is also a sensitive dog, a bit lazy and not very athletic which will evolve very well in apartments.

Characteristics of the English Bulldog

At first glance, the English Bulldog inspires sturdiness and strength. Short on legs, he has a compact and powerful body, an imposing build and a very developed chest allowing him to run fairly quickly even if it must be admitted that he lacks endurance. Another trait specific to this breed is their hanging lips, which give them a scowl in appearance. He has dark, wide-set, circular eyes that are neither prominent nor sunken. Its ears are small compared to its broad, wrinkled head with a flat forehead. Its body is covered with a short coat, but fine and smooth. The dress for its part has a uniform white, red, variegated or brindle color. Black, liver, black and tan tones are prohibited. 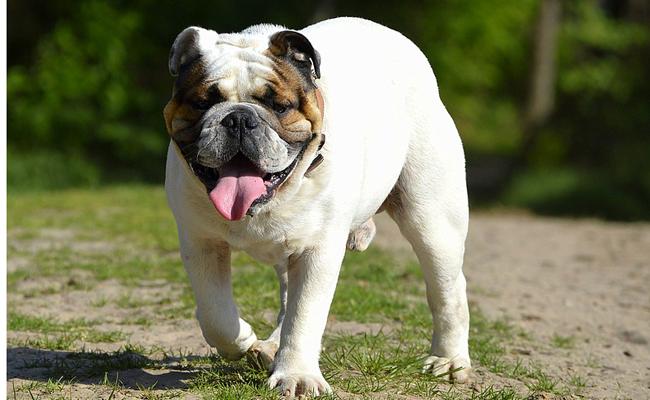 History of the English Bulldog breed

The English Bulldog is thus originally from Great Britain. In the 13th century, due to its ferocity, courage, powerful bite, and insensitivity to pain, the breed was employed in a very popular English sport at the time called “Bullbaiting” taking the form of fighting. of bulls. In 1837, the state began to ban this practice which led to the gradual disappearance of the Bulldog. Fortunately, enthusiasts have decided to revive the breed from its ashes by developing breeding. A work has been done so that this dog becomes today the wonderful pet that we know, totally devoid of ferocity. 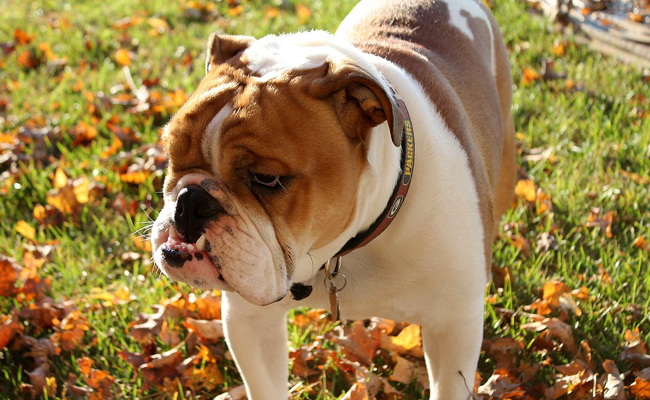 Necessary living conditions and behavior of the English Bulldog

The English Bulldog is no longer the aggressive animal it used to be. On the contrary, he is a very gentle, affectionate and intelligent dog. It is the perfect doggie for children who will be happy to have such a playful pet with so much zest for life. Behind this strength is also a very calm animal that is sometimes called lazy. A very important detail to know about the English Bulldog: it is not a dog that lives outdoors. It has difficulty in supporting the sun and is very sensitive to temperature variations. During the summer, it is crucial to ensure sufficient hydration. He is not a very sporty dog. Because of its snout, it may have difficulty breathing when doing activities that are too intense. 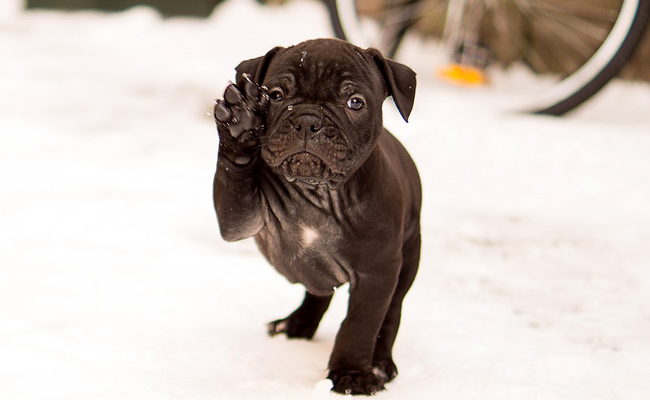 Diet and main health problems of the English Bulldog

The English Bulldog is a big foodie, so it is important to ensure a healthy and balanced diet to avoid excess weight. Ensuring good nutrition will prevent digestive disorders as well as skin problems in the process. Excess fat and sugar should be avoided.

As for their general health, the English Bulldog suffers from shortness of breath, excessive snoring, food regurgitation or other respiratory problems caused by stenosis of the nostrils. You have to protect your back, which can often hurt.

Price of an English Bulldog dog or puppy