His reduced size, his small mustache and his energy will crack all lovers of the dog breed. Although it was bred for its talents as a hunting dog, the Fox Terrier is a perfect pet that will bring its share of happiness to families.

Characteristics of the Fox Terrier

The Fox Terrier comes in two types: the smooth-haired breed and the wire-haired one. The smooth-haired Fox terrier has a dense, flat, straight coat. The wire-haired type is also dense and has a rough texture on the limbs and jaw. The coat becomes “sculpted” when the dog is groomed. An operation that is not to be done too regularly either, because the wire hair tends to curl and can change color over time. The dress must always be white and occasionally leave black and / or tan spots appearing. Small in size, the Fox Terrier has a strong, short back, a sloping chest and a developed kidney. He has a skull that gets smaller and smaller as you reach the eyes. His small ears form a V and his round eyes are always dark in color and reveal an expression full of mischief, intelligence and vitality. 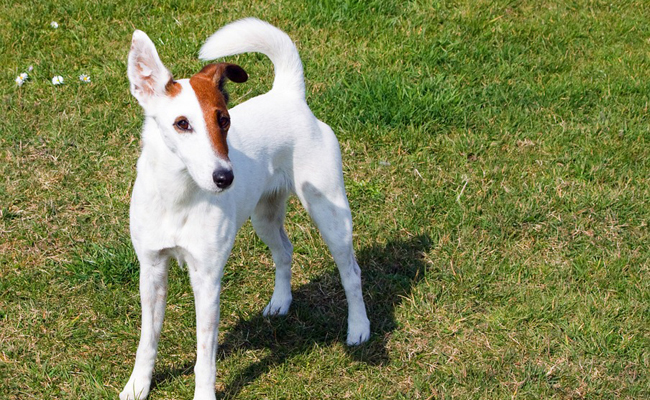 History of the Fox Terrier breed

Originally from England, the Fox terrier is an ancient breed since it dates back to the 17th century. It is said to be the result of a hybridization between dachshunds, foxhounds and beagles and would come from the dog that gave birth to the Bull Terrier and the Manchester Terrier. As the name implies, the Fox Terrier was primarily used for its fox and rodent hunting skills. Without this breed, fox hunting would have been difficult, if not impossible, at the time. Indeed, thanks to its small size, it was able to dislodge its prey into its burrow. His abilities in hunting are still used today although he has become more of a pet. 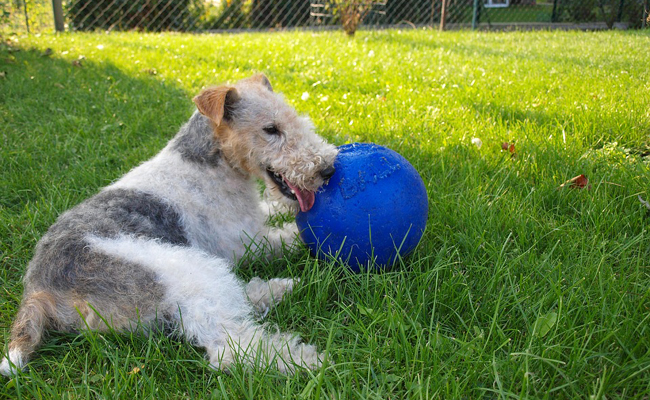 Necessary living conditions and behavior of the Fox Terrier

Lively and energetic, these are two adjectives that perfectly sum up the character trait of the Fox terrier. In fact, as long as there is movement, he will be happy. Alert, intelligent and very courageous, the Fox Terrier is also very affectionate and appreciates children. Qualities that mitigate his fiery personality. This breed needs a firm upbringing from an early age, as it tends to be dominant and stubborn. One thing is certain: it is not recommended for those who have no experience in dog training. In addition, you have to work on your sociability as early as possible, because the Fox terrier does not get along with other animals and can be very jealous. 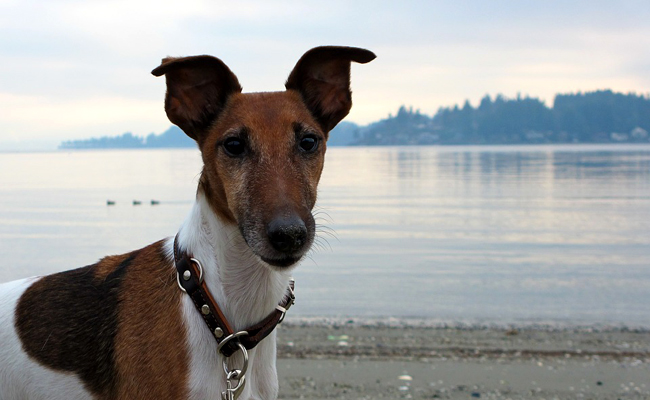 Diet and main health problems of the Fox Terrier

The Fox Terrier can be prone to cardiovascular, spinal and eye problems. For the latter, cataracts and retinal atrophy can occur, hence the importance of choosing the right breeding ground in which the dog will be adopted. The line must be free from all crippling defects. And as this breed is quite energetic, it is advisable to provide a rich, balanced and quality diet.

Price of a Fox Terrier Dog or Puppy