Immaculate white fur, an irresistible face, a friendly, lively and active character … the Japanese Spitz is an ideal companion for families who live in cities, in apartments. This dog is also very playful, the children will be delighted to have him in their ranks.

Characteristics of the Japanese Spitz

The Japanese Spitz is immediately recognizable by its white fur and its bushy, long and dense tail which makes it resemble the Samoyed. The dog has an abundant coat, long, set apart and straight. Regarding its size, it is not very big since it measures between 30 and 33 cm for males and between 29 and 32 cm for females. The weight varies between 6 and 10 kg. The Japanese Spitz develops a robust and harmonious constitution. It is remarkable for its pointed muzzle and black nose. Its skull is rounded and more or less wide, with an enlargement on the posterior area. The dog also sports small ears with thin, triangular ends that are carried high and point forward. As for her eyes, the dark color contrasts with the immaculate whiteness of the dress. They are neither too big nor too small and are almond shaped. 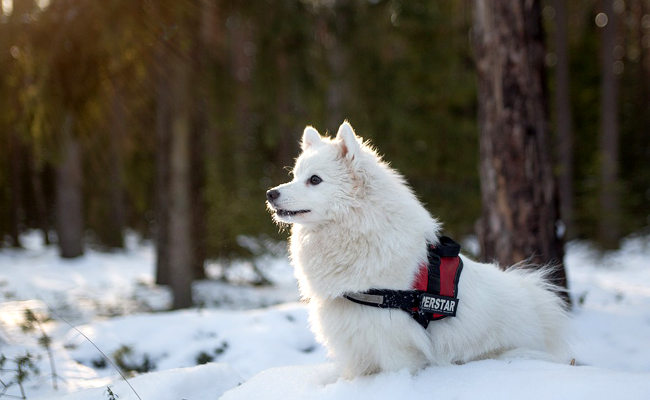 History of the Japanese Spitz breed

The origins of the Japanese Spitz are controversial. But it seems that this race would have as ancestor, the German Spitz with the white coat which landed in the land of the Rising Sun around the 1920s. It must be said that the two races show similarities. The Japanese Spitz has not had a thrilling history unlike many of its counterparts. It will be improved thanks to the contribution of other spitz from the United States, Canada, China and Australia. After World War II, a first official standard was established by the Japanese Kennel Club. This breed is among the favorite four-legged companions of the Japanese. It has also been successful in Sweden, then throughout Europe and around the world. 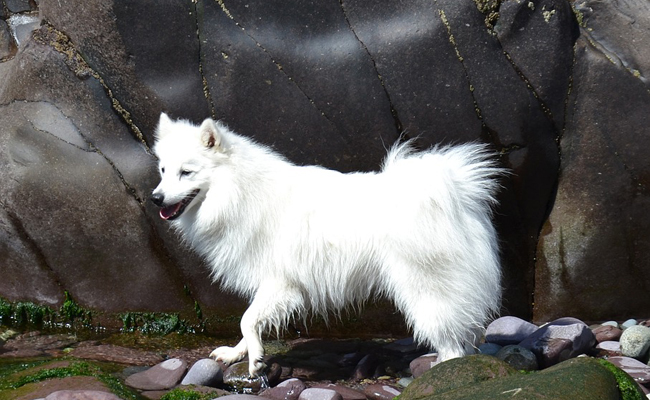 Necessary living conditions and behavior of the Japanese Spitz

The Japanese Spitz has many qualities. He is jovial, alert, active, lively and shows great intelligence. On the other hand, beware of his stubborn character and above all, his untimely barking. He does not appreciate the presence of strangers too much and will bark for the occasion if an individual he does not know tries to approach. He is thus an excellent goalkeeper who develops a lot of courage. Another of his strengths is that he is close to children with whom he will have great fun playing. In addition, he shows an inordinate affection towards his masters and needs to be constantly surrounded by his family.

The Japanese Spitz is not affected by any particular defect. It is a robust animal, of an important longevity since it can live between 12 and 16 years. Of course, his health will also depend on proper nutrition and constant monitoring. “Homemade” food is recommended, but industrial food can also do the trick, provided the quality is there.

Price of a Japanese Spitz dog or puppy