Because of its wavy hair, this feline was named LaPerm in reference to the perm technique used to curl the hair. In addition to its very unusual coat, this cat is renowned for its legendary curiosity.

In the standard, the LaPerm has the peculiarities of a “semi-foreign” cat. This means that he develops an average height, with a rectangular, muscular and athletic body. The cat reveals a triangular head with round contours that soften it. Large ears are open at the base and pointy at the tips. They are trimmed with curly hairs and provided. The almond shaped eyes are large and expressive. They can sport different colors and do not necessarily have to match the dress.

Now let’s talk about the coat of the LaPerm which makes all its difference. Wavy fur can be short or mid-length. It is very silky and light, so that you always want to stroke it. The coat is denser at the ruff in cats with medium-long hair. On the other hand, curls are absent from the collar and ears in individuals with short hair. 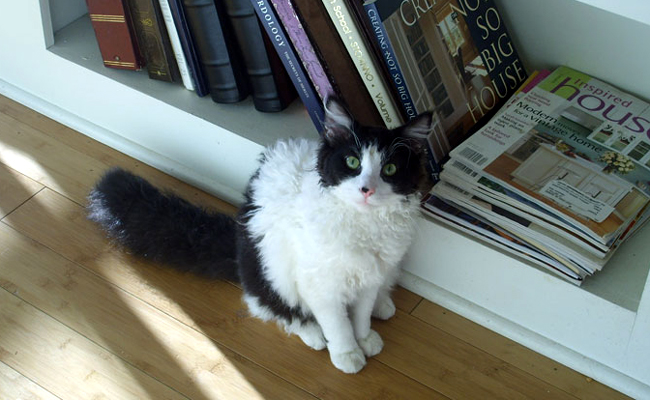 History of the LaPerm breed

The LaPerm is a recent breed that originated in the United States. In 1982, the Koehl family adopted a cat called Curly who – due to a natural mutation in her genes – sported curly hair. She later gave birth to a litter of kittens who also had the curly gene. From there begins the breeding of this breed. By displaying their very atypical felines, the Koehls have attracted the attention of many curious, including members of breed associations. They were able to benefit from aid to start the breeding program and allow LaPerm to obtain breed status. 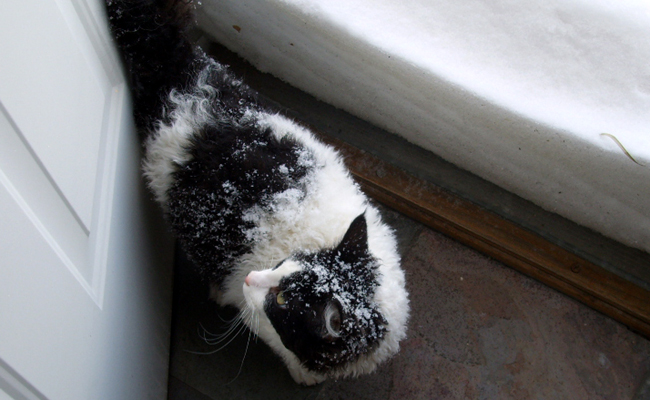 The LaPerm is, so to speak, a very balanced cat. He is not clingy, boring, or absent, even though he claims an independent and autonomous character. He is considered the perfect house cat because he appreciates contact without being a pot of glue. He will never refuse a good cuddling session with his owners. Single people in particular will appreciate the presence of this cat who will be able to offer all the tenderness they need. But LaPerm also finds its place with families. The play sessions will please the children. Another specificity of this breed is its very curious nature. The feline tends to want to scan all of its surroundings to be aware of everything that is going on in the house.

LaPerm does not need a very specific diet. Unlike some cats, they are not easily overweight due to their constant physical activity. However, overeating should be avoided. If possible, provide them with Premium-type kibbles or homemade food.

On the health side, this breed does not develop any specific hereditary disease. The LaPerm is a robust cat provided it has received the necessary vaccines and deworming treatments.

Price of a LaPerm cat or kitten