The Manx is one of those tailless cat breeds. Sociable and affectionate, this animal finds it difficult to endure loneliness. If you are required to be away frequently, offer him a companion who does not necessarily have to be a cat since the Manx also gets along very well with dogs.

Characteristics of the Manx

The Manx has several physical characteristics that allow it to be recognized at first glance, starting with its round appearance. Its eyes, head and paws are all round, making it look like a soft toy. The Manx is also devoid of a tail. This is especially the case with the Rumpy. The Longy, the Stumpy as well as the Rumpy riser can display a tail embryo but will be disqualified during the competitions because the competitions only accept races without a tail. Another point: the Manx has shorter front legs than the hind legs, allowing him to jump very high and run very fast. Note that the Manx has short, thick fur. All dresses and colors are accepted by the standard. 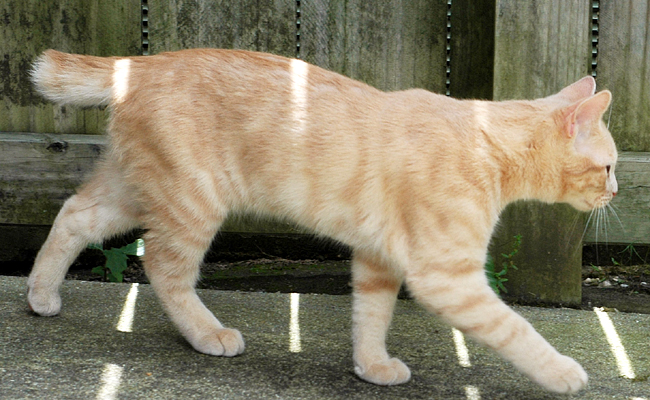 History of the Manx breed

The Manx comes from the British Isle of Man which lies between England and Ireland, at the level of the Irish Sea. It was mainly used to hunt rodents that invaded farms. It is the excessive consanguinity and the isolation of the cats that have led to this genetic peculiarity marked by the absence of a tail. There are several legends that surround this animal. One of the most improbable but which feeds the myth around this race tells that it would have been present on Noah’s Ark. When it came time to save the animals, he found himself with the tail trapped and then severed by the door. 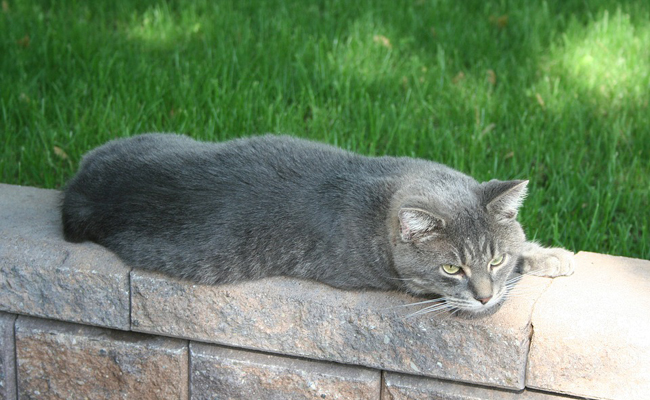 Necessary living conditions and behavior of the Manx

The Manx has all the qualities of the perfect pet. He is affectionate and adorable. Attached to his family, he evolves very well with children and can perfectly keep the elderly company. All he is looking for is maximum tenderness and affection. Moreover, he finds it difficult to endure a too prolonged absence of his masters. He can also be protective and be suspicious or even aggressive with strangers. It is preferable to ensure the presence of a companion, such as another cat or why not a dog. Last point to know also: it is an animal endowed with a very fine intelligence. He knows how to open taps or doors without problem. To watch closely therefore to avoid nonsense. 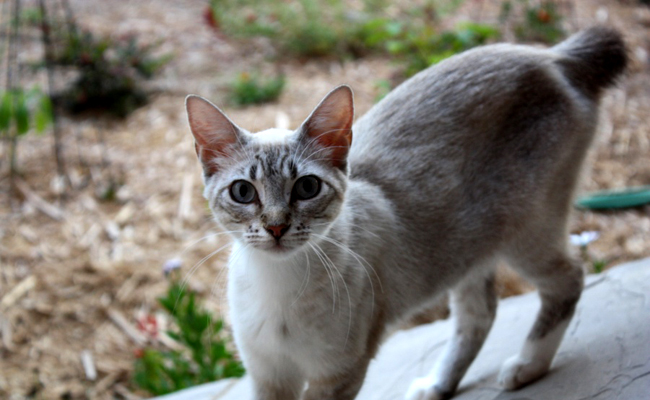 Like all cats, the Manx is a carnivore that must consume meat. It must be ensured a well-balanced diet, which is not too rich in fat and sugar. It is an animal easily subject to overweight.

On the health side, this breed has developed a disease of its own, called Manx syndrome. This cat is affected by a genetic mutation which explains the absence of a tail, but also many disturbances. When these are major, problems occur in the spinal cord and cause incontinence and back pain. Worse, kittens can die when the M gene responsible for the genetic mutation is present in high doses.

Price of a Manx cat or kitten