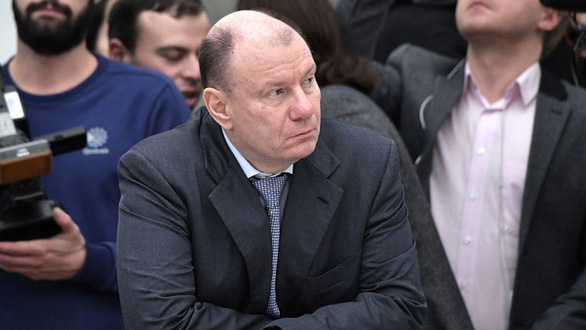 In early September 2020, the news agency TASS (Russia) reported that billionaire Vladimir Potanin – director of Norilsk Nickel Company – continues to top the list of the richest businessmen in Russia by the magazine Forbes.

As of August 5, billionaire Potanin’s fortune is estimated at $ 24 billion. He is also on the list of the 50 richest people in the world.

85% of properties are built on ice

By the end of May 2020, up to 21,000 tons of fuel from Norilsk Nickel’s thermal power station in the Arctic spilled into the river, causing serious environmental disasters.

TASS news agency said that due to that disaster, on 4-6 days, billionaire Potanin’s assets were evaporated to 1.5 billion USD due to stock devaluation.

Directly, the Russian billionaire spent hundreds of millions of dollars to solve the aftermath of the incident.

By this time billionaire Potanin seemed to have realized an indisputable fact: his mining future depended on the permafrost in the Arctic. 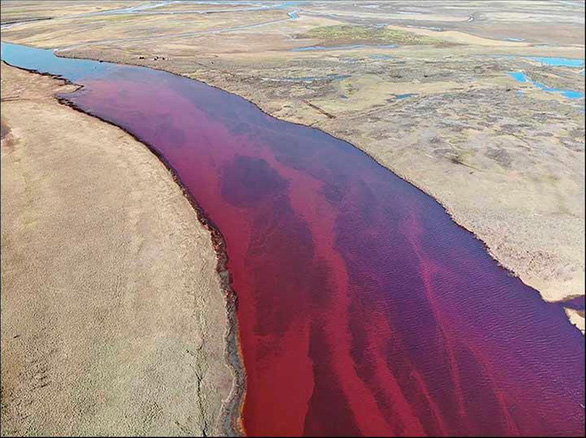 21,000 tons of fuel (in red) from the Norilsk Nickel Plant in the Arctic spilled into the river late May 2020 – Photo: TWITTER

While climate change is rapidly increasing in Siberia (an average increase of 3 ° C over 30 years) and temperatures in the region have risen, the permafrost melts very rapidly, leading to a lot of infrastructure collapsing.

Billionaire Potanin has admitted to underestimate the impact of the permafrost because he previously thought that his huge fortune could hardly bear the consequences.

Not only billionaire Potanin realizes that money runs the risk of flying in the midst of increasing climate change.

Potanin’s problem is also a Russian national problem. 60% of Russian territory is built on permafrost.

The Russian Academy of Sciences calculates that by 2080 the area of ​​permanent freezing of Russia will decrease by 25%.

If this calculation is correct, it means that nearly $ 250 billion of Russian infrastructure will melt into clouds and smoke following the melting ice. 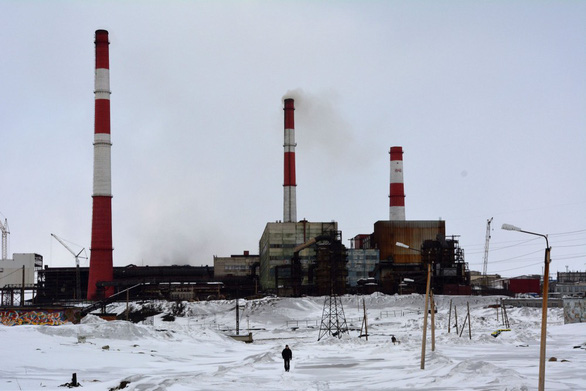 The mining complex of billionaire Potanin has long been criticized by environmentalists.

Norilsk Nickel’s smelting plants emit sulfur dioxide (SO) emissions2most in the world. As Norilsk Nickel has spent enormous sums of money to limit its ecological impact, its operations continue to have devastating consequences for the Arctic and the Earth.

Paradoxically, Norilsk Nickel is destructive to the environment, but the nickel metal mined and processed by the company is an essential component of the electric vehicle battery production line.

Once new electric car models appear massively, nickel demand is expected to explode, reaching 353,000 tons by 2025 according to the BMO Financial Group (Canada).

Palladium has also become one of the most expensive metals in the world.

Slate Commenting on such a need, billionaire Vladimir Potanin’s business will continue to flourish on the condition that he must quickly consider the future of the permafrost.