The Nebelung or “creature of the mist” is a breed that fascinates as much as the Russian Blue. Moreover, the standard of the two breeds is almost similar, with a few exceptions. Patient, independent and affectionate, the Nebelung is ideal for families.

As Russian Blue and Nebelung look alike, non-connoisseurs may not be able to distinguish one from the other. The Nebelung differs above all from its counterpart by its mid-length hairs available in a variety of colors: bright blue, gray blue, black or white. The dress reveals a beautiful luminous appearance thanks to the ends of the hairs with silvery reflections. Its body reveals a lot of elegance with a fine bone structure and ends in a very bushy tail. The cat sports a triangular head with a thin and long neckline, wide ears and a round, short muzzle. As for the eyes, they are bright with a beautiful green color. 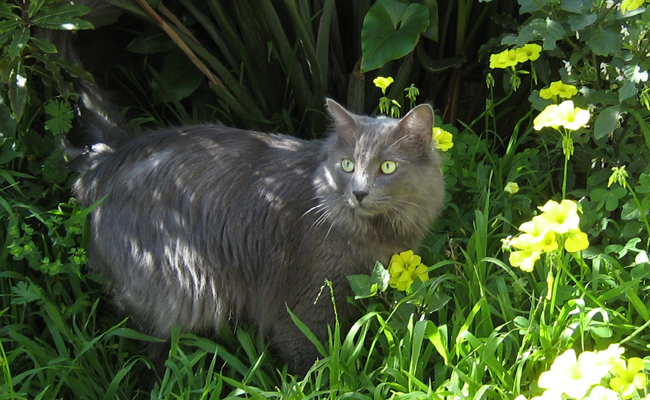 History of the Nebelung breed

During the twentieth century, mainly because of the two world wars, several breeds of cats almost completely disappeared. The Russian Blue did not escape this risk but managed to avoid extinction. As part of the preservation of the Russian Blue breed, as this breed is distinguished above all by its short and very silky hair, breeders wanted to obtain the same type of cats but with medium-long hair. In 1980, therefore, breeding programs were carried out to obtain Nebelung. This breed, originating in Russia, will benefit from official recognition from 1990. Note that in Europe, it remains relatively rare even if some breedings can be found in France, Poland, Germany, Belgium or Great Britain . 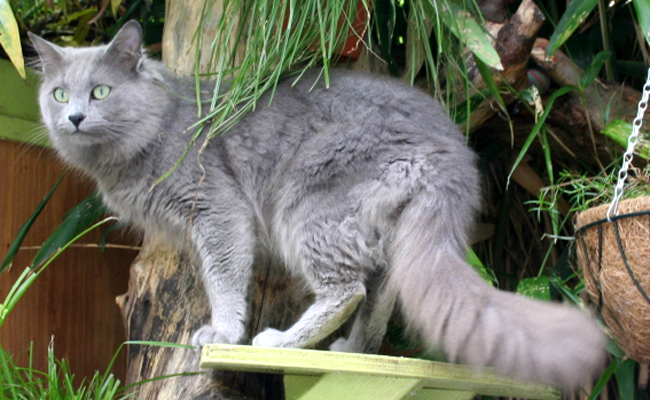 Necessary living conditions and behavior of the Nebelung

Like Russian Blue, Nebelung needs to evolve in a quiet house, whether it is a villa with a garden or an apartment. This cat will enjoy living in families made up of children. You just have to ask them not to rush their pet too much. Anyway, the Nebelung being a great player, he will appreciate having fun with the children. They are also an intelligent, affectionate and very lively breed. Only downside: he can show suspicion towards people who are foreign to him. So, from an early age, it is important to socialize him. 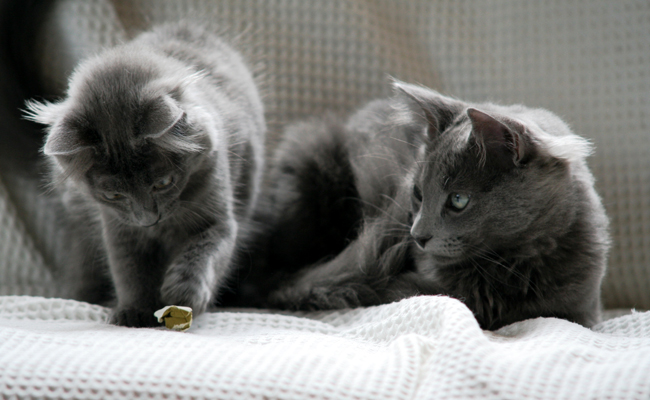 As the Nebelung has a medium-length coat, it is important to take good care of it through a suitable diet. Nothing prevents you from giving him home-made meals but be sure to avoid excess sugar and fat, as this breed can be easily prone to overweight. Favor, for example, meat and fish. Homemade food should be supplemented with food supplements to avoid possible deficiencies.

On the health side, we can say that it is a robust breed that is not the victim of hereditary pathologies in particular. However, as the breed is recent, it is difficult to gain the necessary perspective.

Price of a Nebelung cat or kitten