A new breed, the Ocicat focuses the attention of cat lovers with its elegance and finesse. Beneath his wild cat appearance, however, he remains a very pleasant, playful and affectionate pet, which adapts well to family life.

Characteristics of the Ocicat

The Ocicat has a midline type morphology. The back is straight, the body long and the muscles well developed. He sports a head that takes the shape of a toned down triangle, complemented by a square muzzle and well-developed cheeks without being too big. The Ocicat has eyes set wide between them and they are almond shaped and very large. The standard accepts all colors at eye level. It is not necessary that these are in harmony with the dress as in some breeds. Speaking of the dress precisely, it is all the typicity of the Ocicat. It displays superimposed bands of colors with tiger patterns. Only a few colors are allowed by the standard, notably fawn, brown, cinnamon, lilac, chocolate and blue. 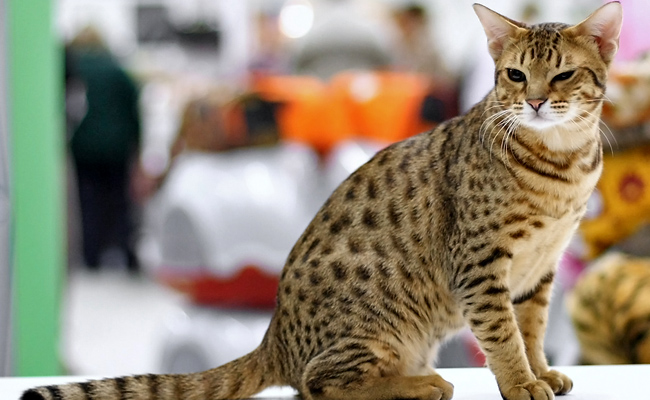 History of the Ocicat breed

It is a recent breed created in the United States in the 60s. The Ocicat was born from a cross between a Siamese with a chocolate robe and a mixed Siamese Abyssinian. This breed is physically reminiscent of the elegance and charm of wild felines due to its atypical coat. It owes its name to the contraction between the words ocelot (which is a wild feline living in South America or Central America) and cat. The official recognition of the breed did not take place until 1986. Unlike its ancestors, the Ocicat was not yet very widespread in Europe, whereas in the United States it was already very successful. 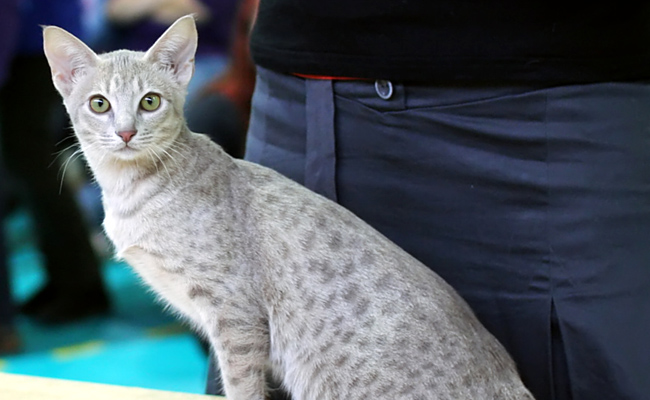 Necessary living conditions and behavior of the Ocicat

The Ocicat tends to develop the same character traits as its ancestor the Siamese. Admittedly, he is very attached to his masters, is affectionate and sociable, but he is also an impetuous, lively and nervous cat. He is very active and will always be looking for a game or activity to practice. This is why it will make children happy. Moreover, the Ocicat gets along rather well with them, because he appreciates being surrounded by humans.

It is also an indoor cat who evolves very well in an apartment. But it is still advisable to offer him accessories and toys such as a cat tree to prevent him from trashing everything in the house when he is bored. 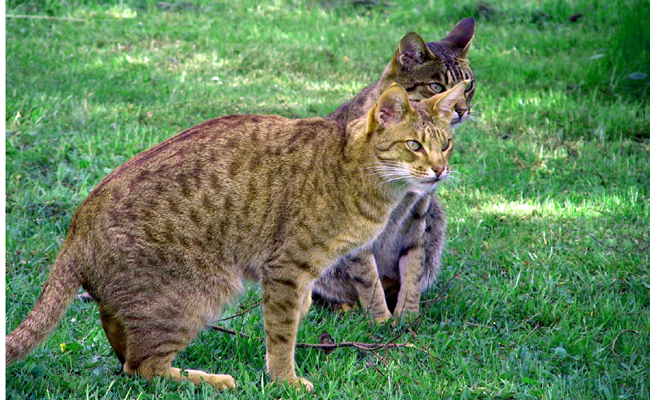 Diet and main health problems of the Ocicat

As it is a recent breed, it is not yet easy to detect all its pathologies. But so far he appears to be in robust health. However, it is necessary to watch for retinal atrophy, renal or liver amyloidosis, hypertrophic heart disease or dental concerns. As for his diet, as with all cats, it must be adapted to his state of health, his age and his style of view. Remember that cats must consume 41 different nutrients to stay in shape.

Price of an Ocicat cat or kitten