If we were to find a canine equivalent, it would be the Greyhound. The Oriental Shorthair is also a model of agility, liveliness and elegance. Although he is strongly attached to his master, this cat can also be stubborn and above all, very talkative.

Characteristics of the Oriental shorthair

Belonging to the large family of so-called “oriental” cats in the same way as the Balinese, the Siamese and the Mandarin, the Oriental Shorthair therefore has the same physical characteristics as its counterparts. Neophytes might confuse him with the Siamese with whom he shares many physical traits. The Oriental is distinguished by its medium height, fine bone structure and toned musculature. It is a thin and slender cat.

Its rather rectangular and medium-sized head displays a straight and long nose as well as expressive almond-shaped eyes that reveal a beautiful bluish or green color. The ears are large in relation to the head, and are also broad. Long, the tail becomes more and more refined as it approaches the tip. Compared to the coat, it is short and tight with a silky, fine texture. The standard admits all dress colors except dresses colourpointed. 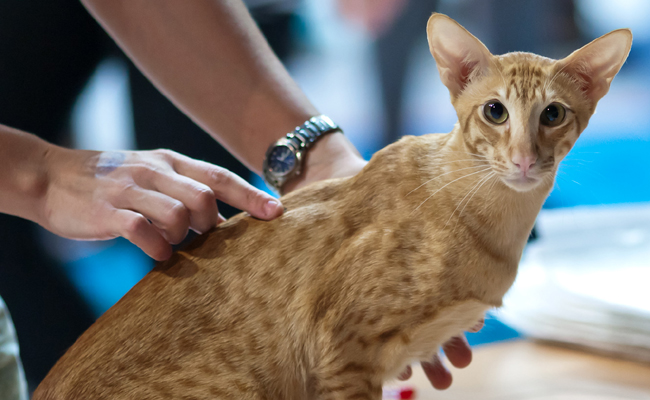 History of the Oriental Shorthair breed 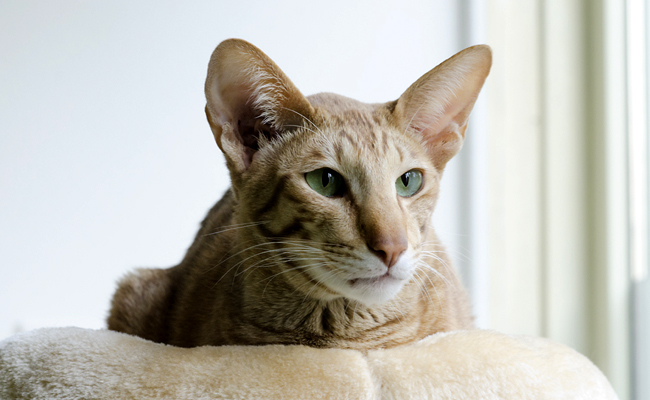 Necessary living conditions and behavior of the Oriental Shorthair

The Oriental Shorthair has a reputation as a glue pot. But should we really blame him? It is simply for him a proof of affection towards his master whom he loves above all, which is rather rare in cats, let’s face it. The Oriental does not appreciate solitude and is not recommended for people who are often absent. He is always looking for hugs and tenderness and wants to draw attention to himself. Besides his intelligence and liveliness, this cat is a great talker. He does not miss an opportunity to transmit messages to his master by various meows. Be careful, the Oriental does not only have qualities and is known to have a very strong personality. He can be very stubborn and especially very possessive towards his owner. On the other hand, he is open to children with whom he likes to play. 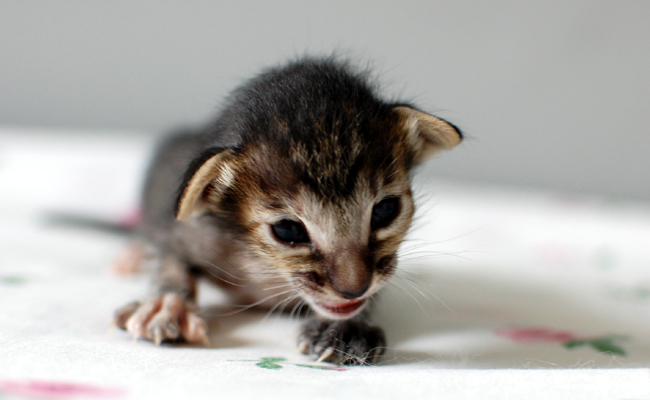 Diet and main health problems of the Oriental Shorthair

Reaching puberty very early, the Oriental has a higher sexual precocity compared to other felines. It is advisable to carry out sterilization as soon as possible to avoid ending up with unwanted litters. It is also a breed predisposed to psychogenic alopecia. This pathology is manifested by an abundant loss of hair. Psychogenic alopecia is mainly due to psychosomatic disorders such as stress or boredom.

Regarding his diet, it will be necessary to provide a quantity and a quality of food adapted to his age, his physical activities and his state of health.

Price of an Oriental Shorthair cat or kitten