Imposing build, sharp intelligence, faithful and affectionate… The Saint-Bernard definitely has all the qualities. This friendly teddy bear with an expressive gaze can only stir up dog lovers.

Characteristics of the Saint-Bernard

Difficult to remain indifferent in front of the impressive muscular body of Saint-Bernard. This breed is indeed distinguished by its very strong build. It can reach 90 cm high for a weight of around 80 kg. The dog is also characterized by its large and very massive head. It has ears worn high, medium in size and triangular in shape at the ends.

The very expressive eyes range from dark brown to hazelnut and show calm and a lot of intelligence. All the peculiarity of the Saint-Bernard lies in its magnificent rough or smooth, long or short coat which can also sometimes be wavy. The hind legs and neck are more hairy. The dress is white, but with the presence of red-brown areas. 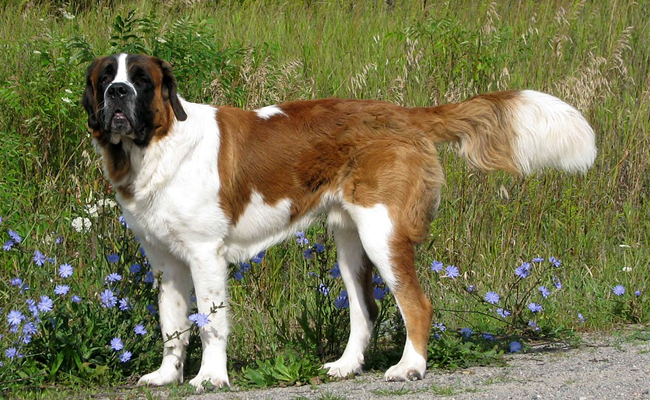 History of the Saint-Bernard breed

The Saint Bernard comes from Asia and is a descendant of the Tibetan Mastiff. It is first introduced in Greece and Rome. The Roman army would be at the origin of its dispersion throughout Europe. Around the 17th century, these imposing looking dogs were donated to the Hospice du Grand-Saint-Bernard in Switzerland. The Saint-Bernard has built its reputation thanks to the many rescue operations it has carried out to help pilgrims and travelers stuck in the snow or caught in avalanches. He will then be considered as a Swiss national dog when the breed was recognized and the standard was created in 1887. 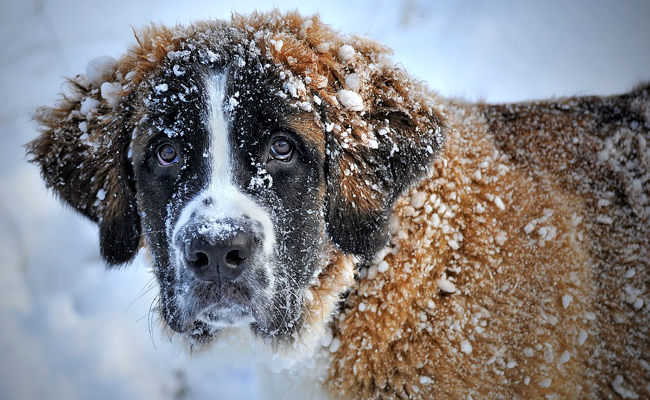 Necessary living conditions and behavior of the Saint Bernard

Given its stoutness, the Saint-Bernard has difficulty in evolving in small spaces. He therefore needs a large house with a garden to make him feel good. Of course, it is possible to envisage living in an apartment, but in this case, you will have to take it out daily and offer it long walks. As this is a dog that has always lived in cold regions, it is important to spare him the heat.

When it comes to his character and behavior, the Saint Bernard is a gentle, devoted and very intelligent animal. He has a highly developed lifeguard instinct and will not hesitate to help someone in difficulty. Very attached to his masters and affectionate, he is nonetheless a bit rascal and needs a firm education from an early age. 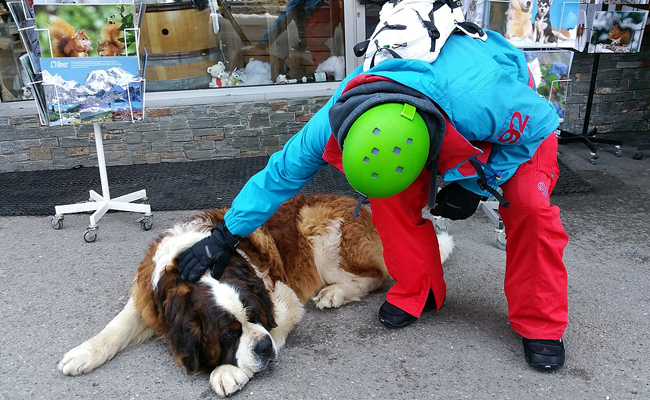 Diet and main health problems of the Saint-Bernard

As the Saint-Bernard has a very large build, it is crucial to offer it an adapted diet and it is even in question for its health. Because when he does not do enough physical exercise and he does not eat properly, he can suffer serious bone degradation. The ideal is to provide him between 50 and 75% of meat.

On the health side, elbow and hip dysplasia as well as stomach dilation problems are quite common in this breed. Vision problems can also occur as well as heart disease and epileptic seizures.

Price of a Saint-Bernard dog or puppy