The Siberian is very often called a “mastodon”. And for good reason, this cat displays extraordinary dimensions. Its impressive appearance does not prevent this feline from Russia from being sociable and affectionate. The right cat for families!

Characteristics of the Siberian

Power and strength characterize the Siberian. This large cat has a “barrel” silhouette as we say in the jargon. Clearly, he is massive and round, which does not mean that he is overweight either. It’s just that he has developed muscles and bones. This cat can measure up to 35 cm and weigh 12 kg (although generally, it has a weight of 6 to 7 kg). The Siberian has a large, triangular head with rounded contours.

His skull is rather flat. Its eyes are large, round and well spaced with an intense yellow-green color. The ears are medium in size and round at the tips. Their ends end in a tuft like that found in the lynx. The Siberian has a long, dense coat that can come in all colors except fawn, cinnamon, amber, lilac and chocolate. There is a variety of the breed called neva masquerade which differs from classic Siberians by its light dress with dark ends. 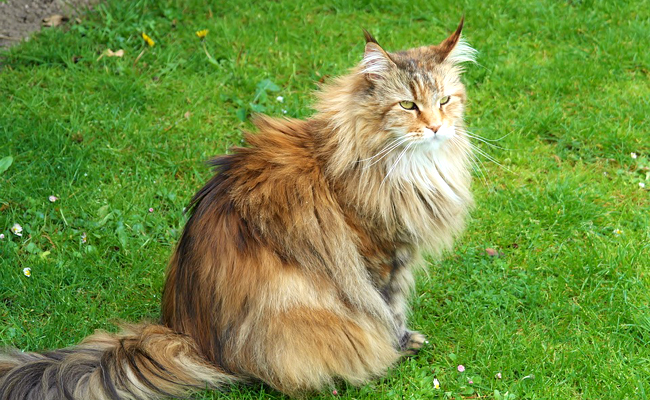 History of the Siberian breed

Coming from Russia, more precisely from Siberia as its name implies, the Siberian is a relatively recent breed whose history dates back to 1925. It would have appeared following the crosses of wild cats from the central Siberian plateau and the Ural Mountains. with domestic cats. The breed was introduced to Europe in the 1980s and then, ten years later, it made its appearance in America. The breed standard was established in 1989. It was not until 1991 that this cat was encountered in France. 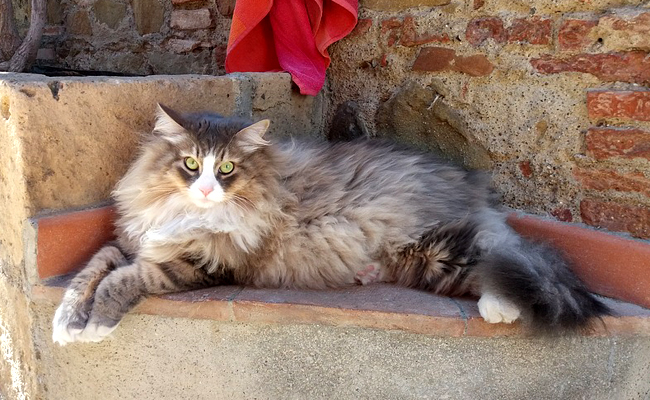 Necessary living conditions and behavior of the Siberian

One of the peculiarities of the Siberian is that it is hypoallergenic. It is therefore suitable for people who are allergic to cats, but who would like to have one at home anyway. Although a descendant of the hardy mountain cats, the Siberian is an easy-going animal who gets along with children, other cats, and even dogs. This sociable character explains its success. He is also a demonstrative, intelligent and very communicative feline. As he has very developed hunting instincts, he must be able to satisfy his needs, which leads to desire for freedom and independence. It is strongly recommended to provide him with a cat tree so that he can let off steam. 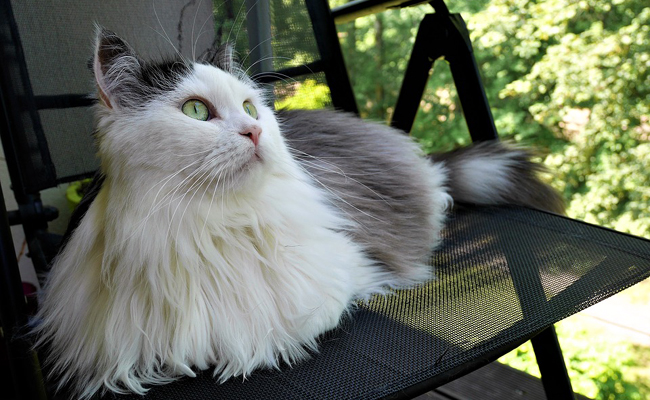 Diet and main health problems of the Siberian

As it is already massive, the Siberian must have a balanced diet to watch to avoid being overweight. The excess of carbohydrates and fats is not recommended. Even if it feeds on croquettes, it is sometimes necessary to give it offal, meat, fish or eggs.

Good news: When it comes to health, the Siberian is a model of toughness. No specific disease is attributed to it.

Price of a Siberian cat or kitten