Beneath his airs resembling a wolf, the Siberian Husky is nevertheless a dog with a very friendly and affectionate temperament. This breed, originally used as a sled dog, has a reputation for being very energetic and a bit rude.

Characteristics of the Siberian Husky

A medium-sized dog, the Husky stands out from other breeds with its compact and balanced body. Its shape and proportions are harmonious, corresponding perfectly to what we are looking for in the sled dog, with the following qualities: speed, power and endurance. From the height of its 50 to 60 cm and its 16 to 27 kg, the Husky displays a rounded skull on which there is a muzzle of medium width which thins as it reaches the nose.

His mischievous gaze is highlighted by his almond-shaped eyes, brown, blue, heterochromic or minnow. The ears are triangular and placed high on the head. This breed owes all its beauty to its dense and soft coat which is reminiscent of that of the wolf. All dresses are accepted: white, black, silver, gray, brown, sand. 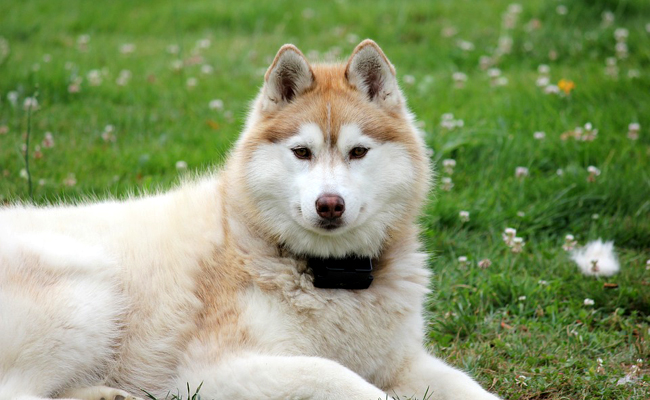 History of the Siberian Husky breed

Very old breed of primitive type, the Husky would have appeared in Eastern Siberia 2000 years BC. JC among the Chukchi. As they lived in very isolated places, the tribe needed dogs to pull their sleds. The Chukchi have improved the breed by excluding aggressive dogs in particular. They succeeded in obtaining perfect animals for the trait, also acting as a companion of children or keeper of goods. A legend from this tribe says that the husky was born from the love between the moon and the wolf. During the full moons, the dog accompanied by the wolf howls to call its progenitor.

Also inspiring mythical films like Balto, the breed will experience worldwide success from 1930, when it was recognized by the American Kennel Club. 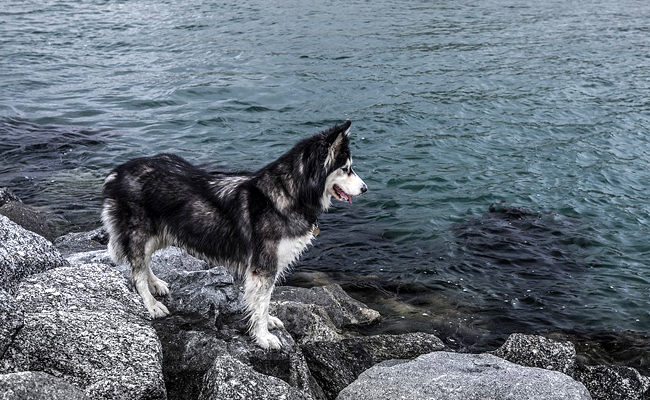 Necessary living conditions and behavior of the Siberian Husky

Jovial, intelligent, gentle, friendly… the Siberian Husky has many qualities, which is why it is perfect for families that it will consider as its pack and that it will protect at all costs. On the other hand, because of his origins, his hunting instincts can be awakened when he faces other animals that were not raised with him, such as rabbits, birds, ferrets or even cats.

A very important detail: apartment life does not suit him at all. This energetic hairball will only thrive in open places with gardens, preferably always fenced. So that he can exercise himself, the practice of stimulating activities such as walks, Frisbee or canicross is recommended. 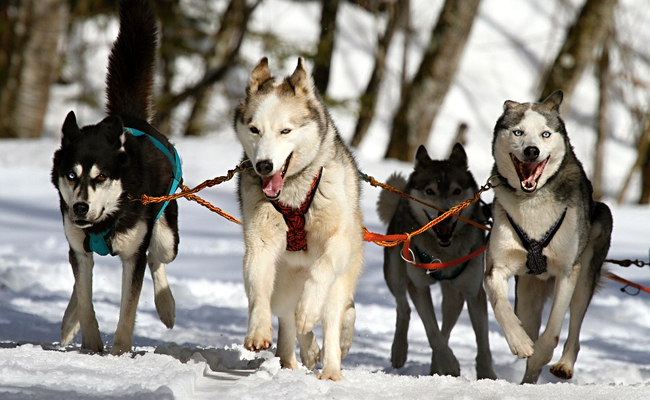 Diet and main health problems of the Siberian Husky

It is important to take good care of the Husky’s diet. If you opt for homemade, avoid giving it starchy foods because it shows a certain digestive fragility. In the case of croquettes, again, it is important to choose them well. There are ranges of croquettes specially dedicated to Nordic dogs. These do not contain cereals, which are not part of their food by nature. They are especially rich in vegetables and fish.

Although he has very little risk of developing neurological and cardiac disorders, the Husky is however prone to eye problems such as retinal atrophy and cataracts.

Price of a Siberian Husky dog ​​or puppy