Almost all countries have their own dog breeds. Spain is no exception to the rule. The Spanish hound is one of the worthy representatives of the country’s dog population. He specializes in hare hunting or as a blood test dog. 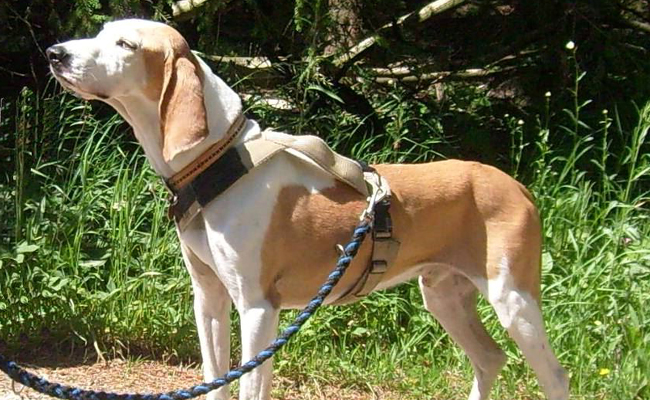 Characteristics of the Spanish Hound

The Spanish Hound is recognizable by its graceful physique and medium size. Its compact, harmonious, elongated body can be inscribed in a rectangle. Females measure between 48 and 53 cm while males are between 52 and 57 cm. The weight varies from 20 to 25 kg depending on the sex. The Spanish Hound must have a withers whose height is less important than the length of the body and the thoracic development. Its limbs and bones are strong. It is distinguished by its medium sized, dark hazel-colored, almond-shaped eyes. The ears are particularly long, large and drooping. This is also a specific trait of the Spanish Hound. Appearing in a corkscrew, the ears also take a triangle shape and are characterized by their flexibility. The breed wears a short, fine, tight, lying coat. The coat is white and has orange markings that can be dark or light.

History of the Spanish Hound breed

The origins of the Spanish Hound are relatively unclear. We know that it has been known since the Middle Ages and even enjoyed a certain notoriety since it is mentioned in particular in the Book of the Hunt of King Alfonso XI of Castile around the 14th century. Argote de Molina will also quote him in some of his works. It could be that this Iberian breed is a descendant of the white Talbot who has the Saint-Hubert as ancestor. Note that the Spanish Hound is relatively widespread in its country of origin, but in France, it is very rare and finding breeders is a bit complicated.

Necessary living conditions and behavior of the Spanish Hound

The Spanish Hound has built its reputation in hunting with hounds. The hare is his favorite game even if he can also hunt deer, wild boar or fox. He is known for his bark making it easy to spot prey, but also for his courage and endurance.

The Spanish Hound can become a family dog ​​although this is not a true calling for him. He is at the same time devoted, affectionate and calm. On the other hand, we recognize him a certain independence and a strong temperament, which will require a thorough education. This is done with firmness, but without ever rushing the animal. Like most hunting dogs, the Spanish Hound will find it difficult to evolve in an urban environment since it has been used to the great outdoors. He prefers to live in the countryside in a large house with a garden.

Diet and main health problems of the Spanish Hound

The Spanish Hound is a hardy, hardy breed that is immune to disease and other genetic defects. However, to stay in top shape, he must have a diet that meets his specific needs.

Price of a Spanish Hound dog or puppy