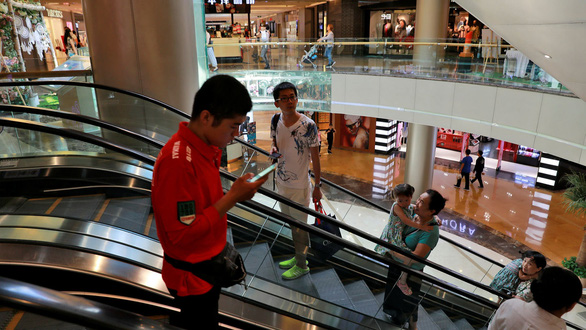 Behind China’s economic data is an unbalanced and unsustainable recovery – Photo: FT

Those numbers lead most analysts to believe that China’s recovery from COVID-19 is solid and sustainable.

But that’s not what the data really means. On the contrary, it shows that China’s recovery so far is fragile and unbalanced.

In the chart below we can see that before 2020, the retail index is growing slightly faster than industrial production, reflecting that the economy is rebalancing itself at a slow pace – which China desperately needs. .

But by 2020 that relationship is reversed, industrial production now growing much faster than retail, risking erasing all of China’s rebalancing results over the past 2-3 years. 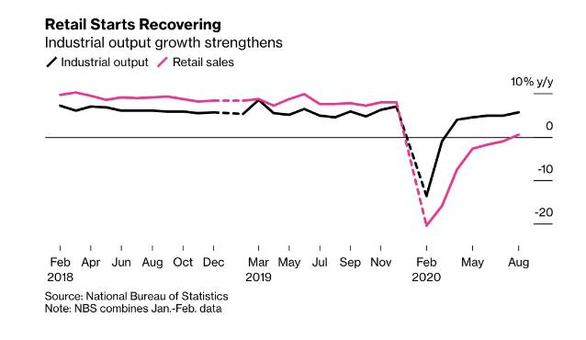 In the first seven months of this year, China’s industrial production was lower than in the same period in 2019, but the gap started to narrow since June. The surge in August meant that, for the first time in 2020, total output. has exceeded last year.

If this were the 1980s-1990, when manufacturing was the limiting sector of Chinese economic growth, the data above could be a clear sign of recovery, but now things are different and most of the time The analysis was confused.

Over the past decade, Beijing itself has openly acknowledged that the real limiting factor (of growth) is demand, especially domestic consumption, in addition to investment in the private sector. by that need.

From the beginning of the 21st century to the present, China’s manufacturing has exceeded the level of sustainable management, pushing the economy to operate with a huge trade surplus, plus a sky-high scale of public infrastructure investment. threshold to reduce redundancy (in production).

Economic data over the past few months tell us that not only did China’s domestic demand not recover much, but that meager recovery was also driven by Beijing’s policy to strengthen the manufacturing sector.

The problem with this strategy is that it widens the gap between sustainable demand and total industrial supply, as the chart shows.

Strictly speaking, an economic recovery in China (and the world in general) requires a recovery in consumer demand in parallel with a recovery in supply. But that is not happening right now.

There are only two ways to solve it, either that China’s trade surplus has to rise rapidly – weaken the economic recovery of other countries, or China’s public investment must grow faster – increase the country’s public debt. hey, but actually this way is not very effective anymore.

That is exactly what we see in the data. Fixed asset investment increased, driven by even faster public investment, while China’s trade surplus soared – now reaching around 4-5% of GDP.

In other words, China’s “recovery” is essentially just the old diseases – which they also admit – are exacerbated. It will not be sustainable if the economy does not change in time, everything will be revealed once China’s public debt is no longer growing fast enough to cover.