The Turk of Van is exuberant and impetuous. With him, you must be ready to live with a furball full of energy. And nonsense is never far away. Despite everything, he remains a very endearing animal. How to resist such elegance?

Characteristics of the Turkish Van

Looking at it, we are immediately struck by its elegance. A dignified look that is not obscured by its relatively massive line. Indeed, the Turk of Van belongs to the closed circle of big cats. It is not uncommon to come across males who weigh up to 9 pounds. To achieve such a build, this breed takes a long time to grow (up to five years). He has a strong and powerful musculature and a massive body on which develops a head slightly resembling a triangle and quite wide. The ears are open and erect, and the walnut-shaped eyes, a soft blue, minnow or gold color, are very expressive. The standard also admits green eyes.

Due to the harsh climate of his native country, the Turk of Van developed very thick fur during the winter period. This does not prevent it from being as silky as cashmere. During the summer, the moult takes place and the cat loses a very large majority of its hair. The dress is white and tabby red. 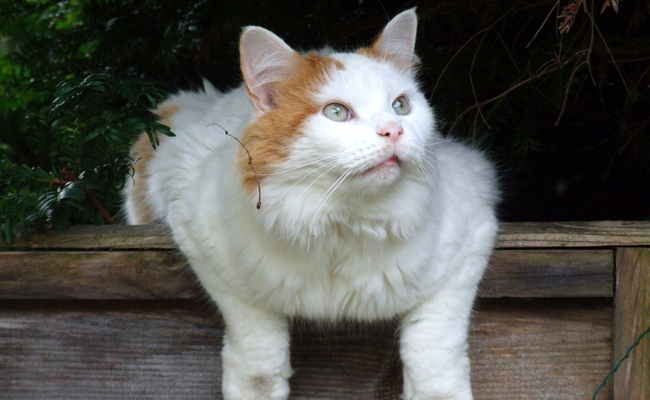 History of the Turkish Van breed

The Turkish Van comes from the eastern part of Turkey, more precisely from the region of Lake Van, hence its name. According to history, this cat already existed since Roman times, when the Roman army occupied Armenia. It was not until 1955 that the breed was introduced in Europe under the leadership of Laura Lushington who brought it back to England. They are found today in the United States. But this cat remains rare and births are few. Each year, the Cat Fanciers’ Association (CFA) registers only 100. 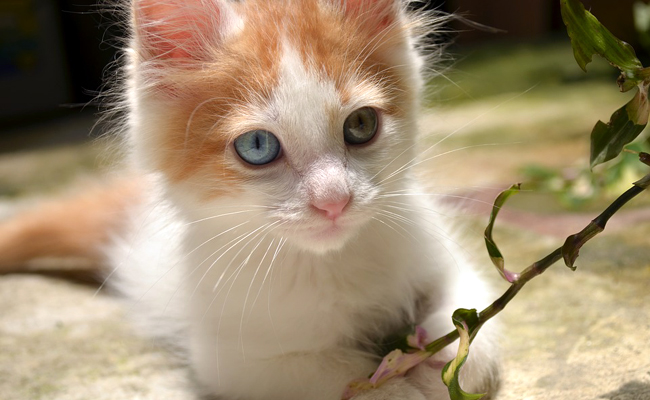 Necessary living conditions and behavior of the Turkish Van

If you like tranquility and live in a small apartment, quickly forget the idea of ​​having a Turkish Van. And for good reason, this cat is very turbulent and will make you live a nightmare if you live in a cramped house. It is preferable to offer him a garden made up of trees on which he can let off steam. If necessary, a cat tree will do. Do you have a swimming pool or a lake nearby? This is a good thing. The Turk of Van loves water and moreover, he is nicknamed “swimming cat”. Suffice to say that it has not finished surprising you. Beyond these details, he is an intelligent and docile animal when he has become attached to his masters.

Diet and main health problems of the Turkish Van

As for health, you will normally have no problem, because the Turkish Van is a robust animal. Just plan to get all the necessary vaccines. And when it comes to their diet, make sure they are healthy and balanced. A combination of dry and wet foods helps prevent possible kidney problems.

Price of a Turkish Van cat or kitten